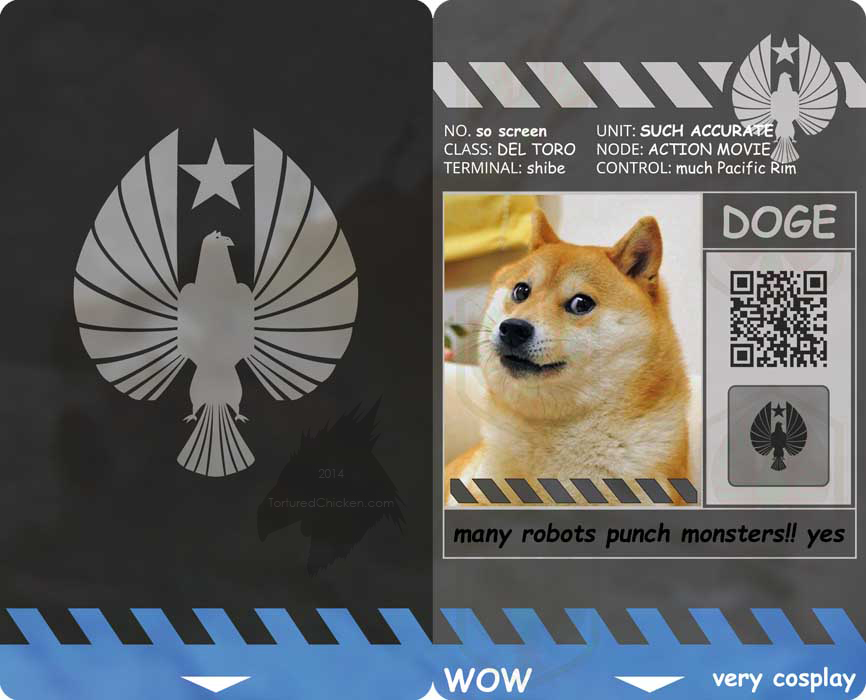 More time and effort went into producing this than any reasonable person should readily admit.

Right, well, now that’s out of the way…

Much messing was applied to the textures on the PPDC badges before reaching 100% satisfaction.

The standard barcode has also been swapped onto the lower/rectangular section of Hermann’s card (the self-indulgent datamatrix printed too small to scan, thus leading to the decision that the standard was more aesthetically pleasing for something that isn’t actually functional anyway. The upper/square QR code still links to the Asylum, but Newt’s features the standard QR, leading to the PPDC site). 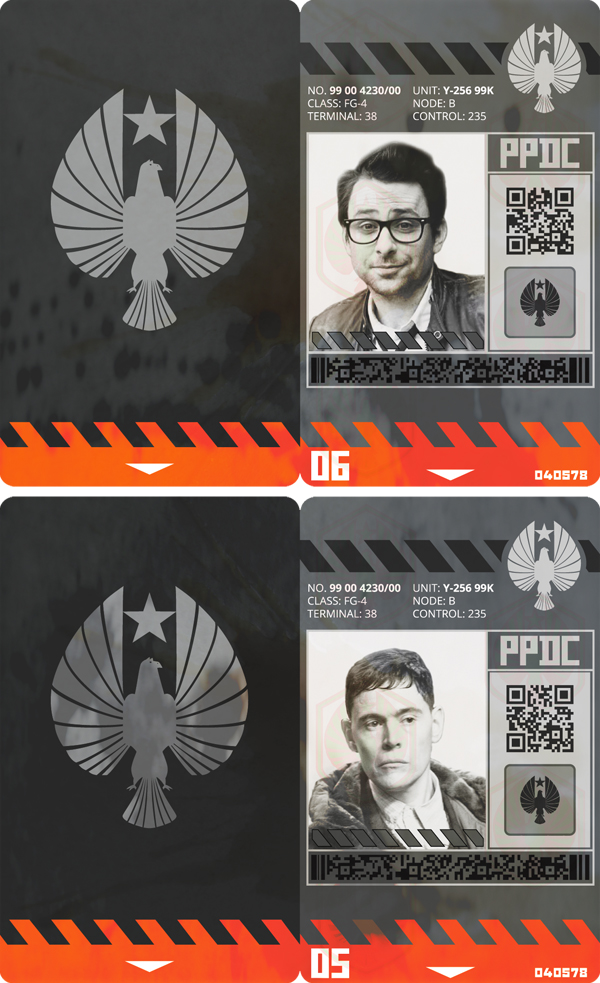 Printed by my trusty inkjet on matte photo paper… along with 200,000 tests, fails, and mock-ups, in 14,000 varying sizes, and 1,200 types of paper in varying degrees of weight and gloss… many apologies to the environment and a moment of silence to the trees slain during this process. 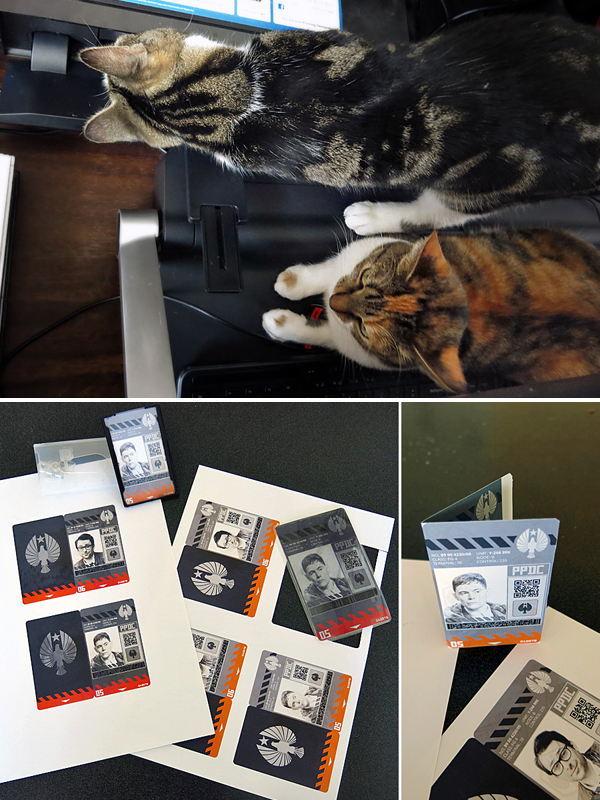 The Helpercat™s oversaw the printing process, ensuring everything was in line with their rigorous QA standards.

The front and back of each card is attached along one side, in order that they could be cut (very carefully) and then folded in half (rather than gluing two separate pieces together, which can get messy). 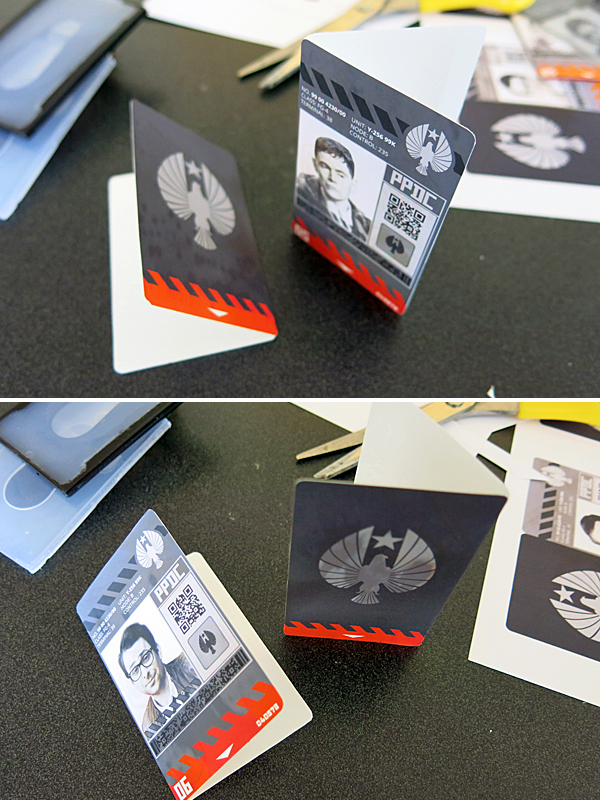 They are approximately the size of a standard business card. 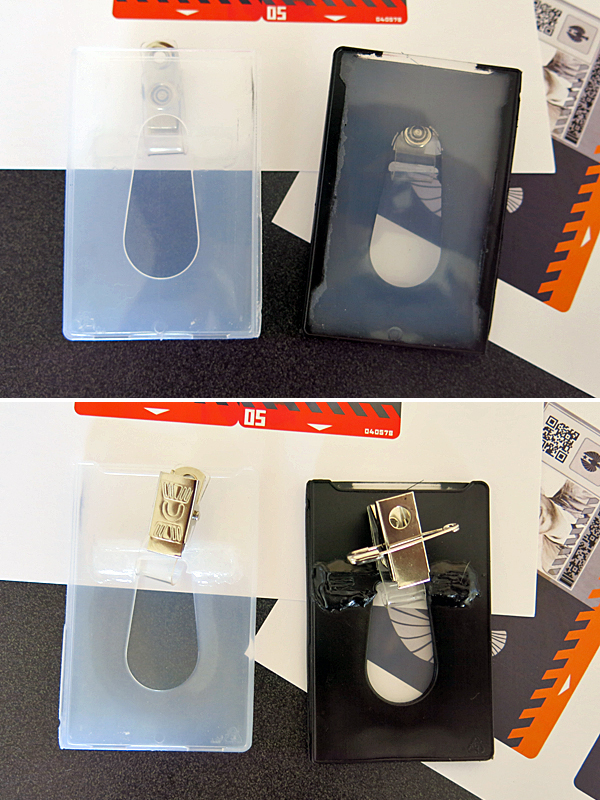 The badge clips were removed from some lanyards I had lying around (always collect free lanyards when they’re available, they feature so many useful parts) and simply loop around the handle to button onto it. 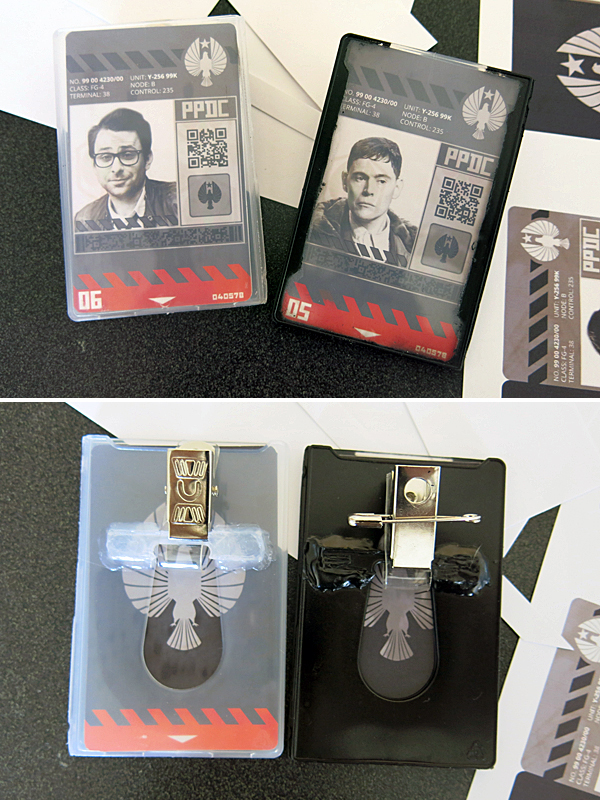 The badge for Hermann’s ID was painted black using enamel spray and finished with a matte sealant (clear section was covered by masking tape, and a piece of card slipped inside to mask the hole in the back), while Newt’s was left clear.

Please note that the individual pieces of Hermann’s badge were fully painted, sealed, and dried prior to assembly, with a quick final coat of paint and sealant over the glue once it was completely dry.

With the cards printed and badges assembled, I paid a visit to my parents who graciously provided all the appropriate facilities to laminate the cards, and called it a day. 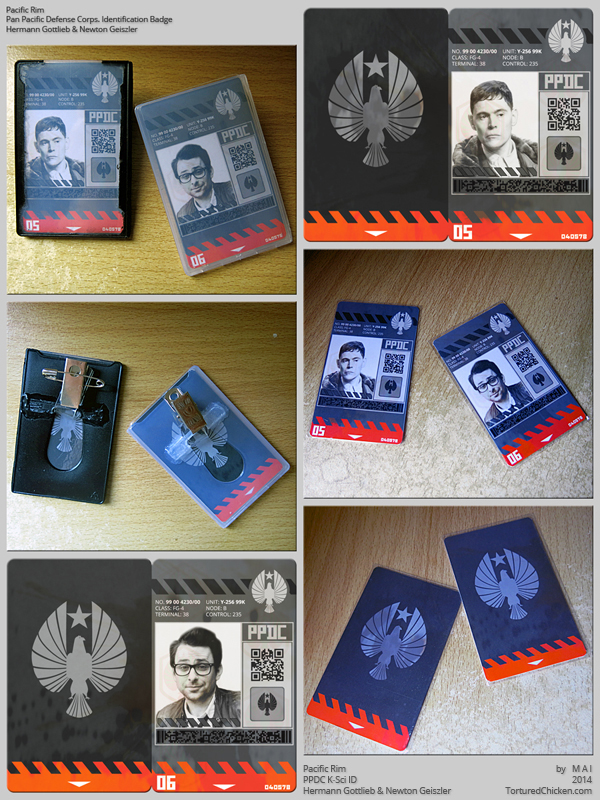 Visible on the Clothing, Costumes and Crafts page in the Gallery.

Now it’s just a matter of finishing off the clothing aspect! Which is pretty much done, aside from the jacket. 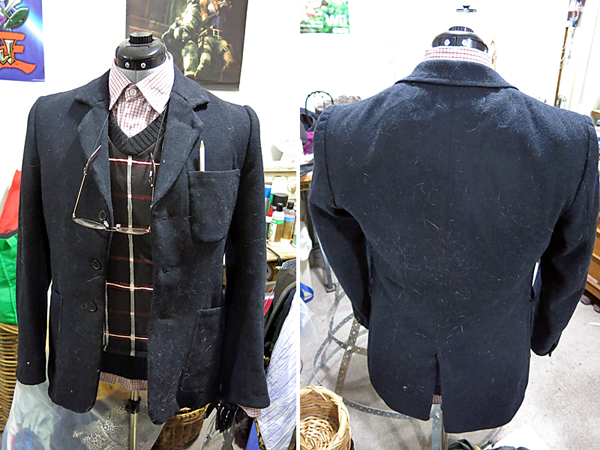 This is one of those few lucky costumes where the cat-hair actually adds to it.

So far I have re-shaped and taken the front in from double breasted to single, applied buttons and button holes, repositioned the breast pocket, and added a vent in the centre back.

Currently I am in the process of taking in the shoulders, back, and sleeves- after which point I think it will actually be finished?! 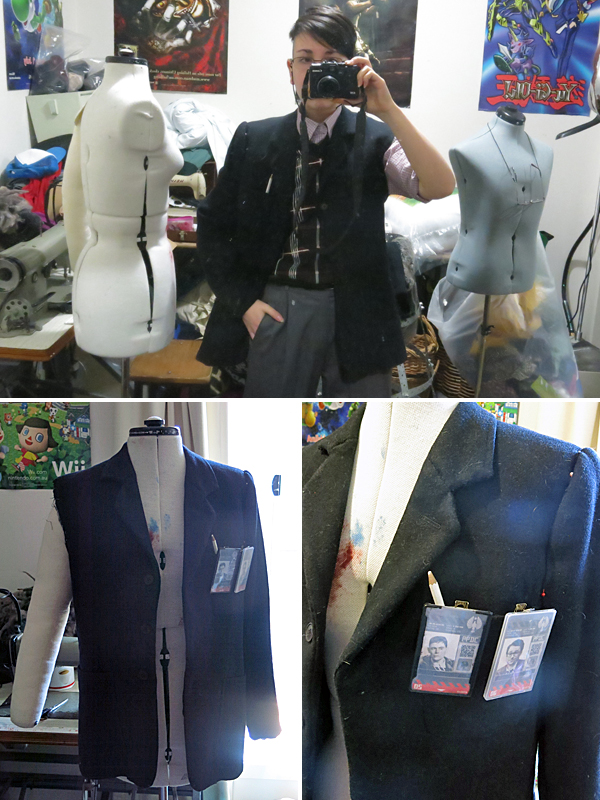 The only other issue is a matter of screen-accuracy; Hermann’s jacket has a faint, wide, vertical stripe pattern through it and I’m back-and-forth on whether or not to paint it. Due to the fact that this is an altered jacket which was purchased second-hand, but whole. Painting fabric is infinitely easier when it is not already in a constructed form.

Perhaps in the future, if it is deemed to be an issue, I will construct a new jacket from scratch.