Last weekend I attended what I keep on referring to as “white lights festival” or some variation thereof, but I think was actually called simply “White Night”. 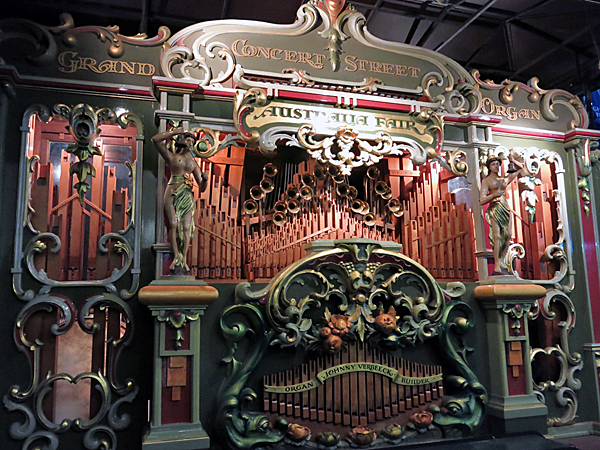 2014 is the second year this event has run, and being that I’d missed out last year (due mainly to having no idea it was even running), I really had no idea what to expect. Going by commentary from friends and acquaintances who had attended previously all I could figure was that it would be super crowded, possibly to the point that telephones are completely overloaded and unable to function. Which, to tell the truth, wasn’t the sort of promising prospect to win me over to the event (the crowds I mean, busted telephones are kind of irrelevant to people who avoid using the things anyway). 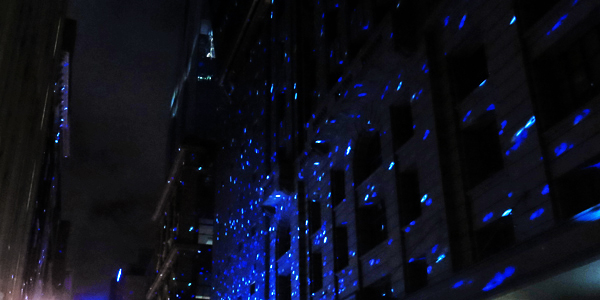 But Tech Support had some work to get done in town and had expressed some degree of interest in attending the festival, so I met up with him for a late lunch/early dinner around 15:00. That kind of personal nonsense though, is neither here nor there. 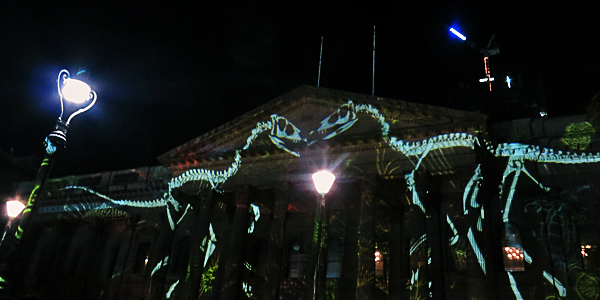 Something about projecting dinosaur bones onto the State Library makes me think of Animal Crossing.

What is White Night? 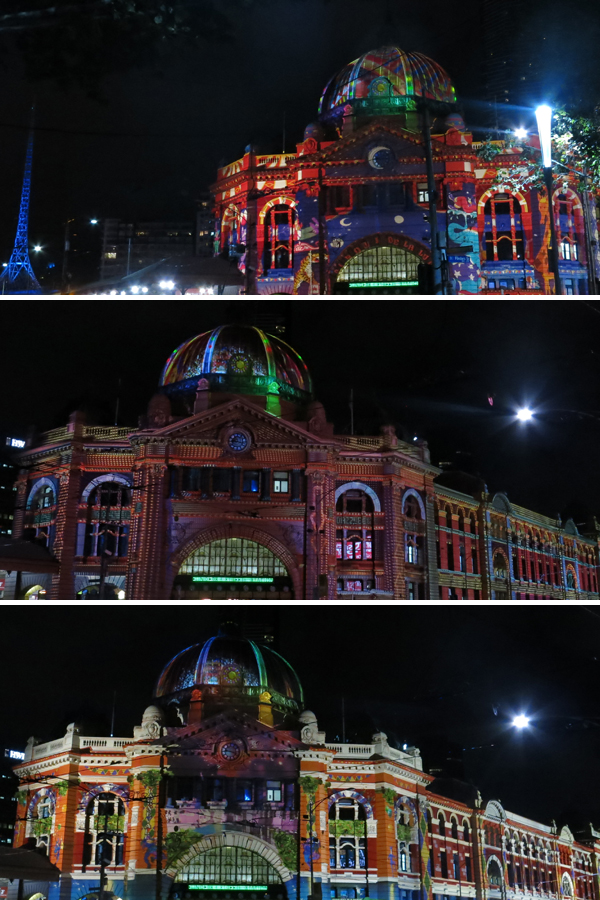 Basically, a sizeable chunk of Melbourne’s CBD is sectioned off from traffic between 19:00 on the Saturday evening and 07:00 on the Sunday morning so that many art installations can be set up and enjoyed, for free, by the public (plus trains run all night so people can easily travel to and from the event whenever the heck they want). The art installations include but are not limited to: circus acts, magicians, buskers, music, dance, light shows, projections, sculpture, film, and any conceivable combination of those things. 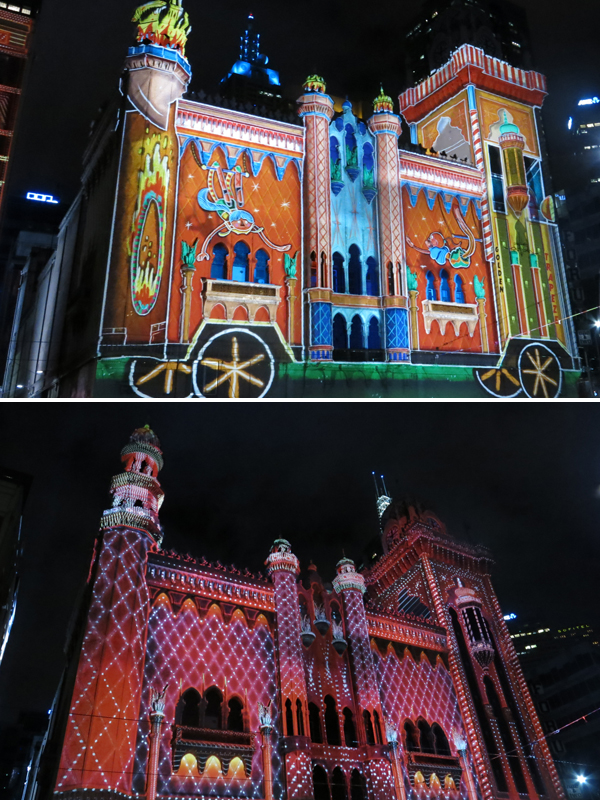 This building was a train, which I feel is a missed opportunity of making the neighbouring buildings its carriages. 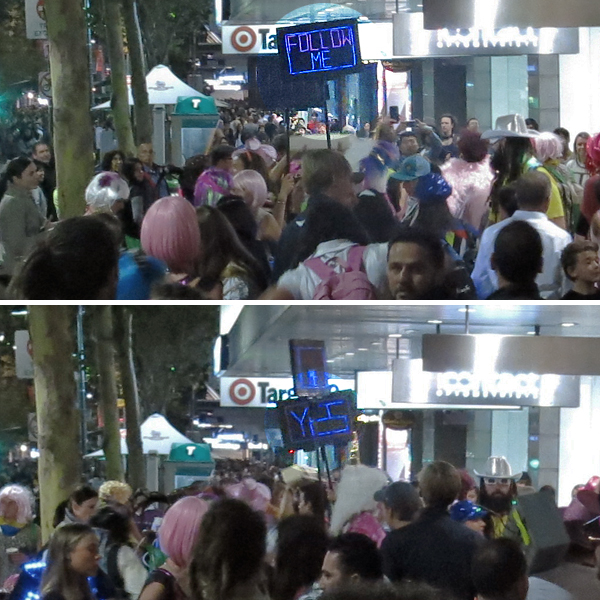 The first time I witnessed a decentralised dance party was on Brunswick St. in Fitzroy, a friend had mentioned something about it but I didn’t actually know what that entailed. Until I heard the music, you could hear it approach from about 5 blocks away, getting louder and louder until party animals in the wildest costumes and outfits spill out into the side streets carrying old-school boom boxes on their shoulders. They had a radio frequency set up so all of the boom boxes could tune into the same music. People on the street join the party so it gets bigger as it progresses through town. The police come and tell them to move on? They just move the entire party right along, no questions!
But the best part was when a fire truck rocked up, lights on, sirens blaring, the works, the party parts ways, cheering the truck on as it passes. Some 20 minutes later the truck returns, making its big light-and-sound show again, the crowd cheering again, and that’s when I realise: the driver and passenger are hanging out of the trucks windows high-fiving as much of the party as they were physically able!

Around 22:00 I met up with some friends and we trekked out of the more hectic part of the city to locate a place of alcohol which wasn’t packed in like a sardine tin.

It isn’t difficult to discern which is the fun side of the table.

This turned out to be a winning choice as Kero’s phone case matched the pattern on some random stranger’s shirt, and Takeshi Kaga made a cameo appearance in a picture frame above the bar. 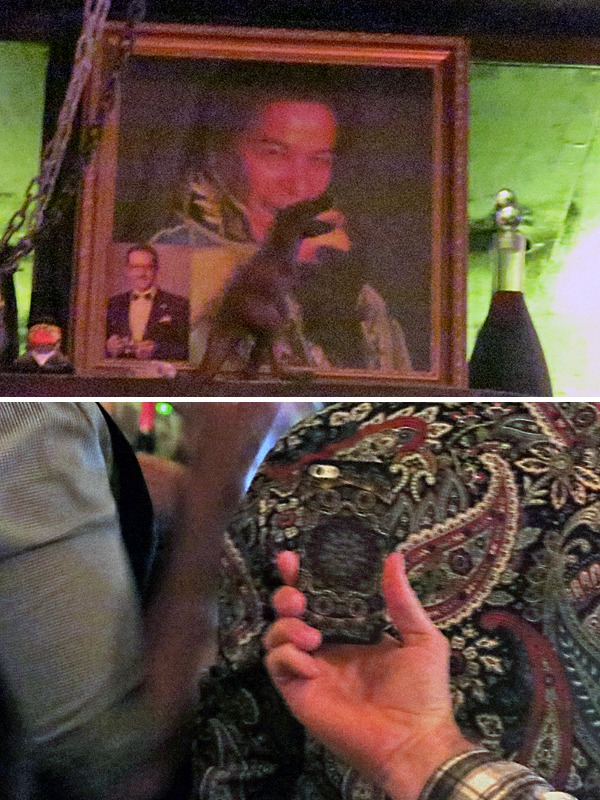 Special thanks to Clifty for discretely holding up the phone while I pretended to not be taking photos of random strangers.

The crowds did prove too much in the end though- there were portions of the CBD so dense with people that it was literally impossible to move through them, which made me more than a little concerned about what would happen if somebody were ill or injured- how would they get help? What if they were pushed under the other people and trampled? Tech Support escorted me back home around 01:00 (and on the train we watched some pathetic “White Knight” trying the moves on a girl who quite simply was not interested- here’s a tip bro: if you want to hook up with somebody maybe don’t tell them all about your one-night-stands, just a thought).

In unrelated news, on the Pacific Rim cosplay front, I whipped up a second PPDC identification badge for Newton Geiszler. 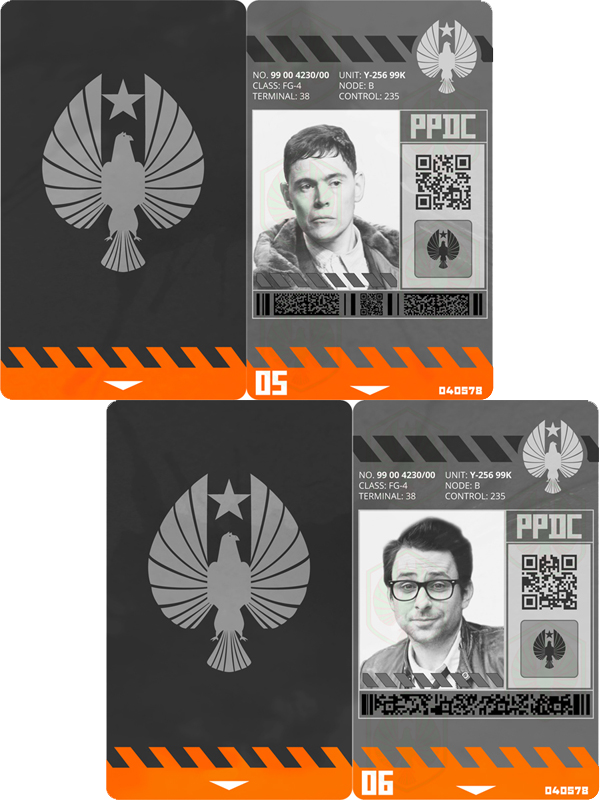 And made a few superficial changes to the textures on Hermann’s.

Yet again, I sat way too close to the television doing the pause-button thing to see what details could be made out of Newt’s badge; the answer was: not a whole lot. I guess because he wears it clipped to his trouser pocket and outside certain genres of erotica, cinematographers tend not to linger on the crotch-shots so much. Who knew?!

The number on the lower corner of his card could easily have been either 05 or 06, so I went with 06 (being about 98% sure that Hermann’s is definitely 05) because I feel like they probably go in pairs? Rolling with the whole co-pilot, left and right hemisphere thing. Like… if Raleigh and Mako are 01 and 02, then somebody else would have 03 and 04; thereby, if Hermann is 05 Newt must be 06. That’s my bullshit validation anyway and I’m sticking to it.

Newt’s card has the standard QR codes rather than my shameless self-promotion ones since, y’know, his costume is for my co-pilot, not me. Though I’m sort of considering swapping the standard code onto the lower rectangular section of Hermann’s as well, because it comes out too small to adequately read anyhow (or maybe that’s just my phone).

Last note; the photos are suitably mangled screenshots from the film, which I’ve opted to put in black and white, despite the pilots ID photos clearly being in colour. While sitting way too close to the television many of the ID photos did indeed appear to be black and white rather than colour. Whether or not this is actually the case? I have no idea. It could just as easily be washed out, faded, oversaturated lighting, or just a result of having bad eyesight and no really clear shots of the cards so I’m just doing whatever the fuck I want, okay?