The following entry is an exploration of identity through make-up and photography. 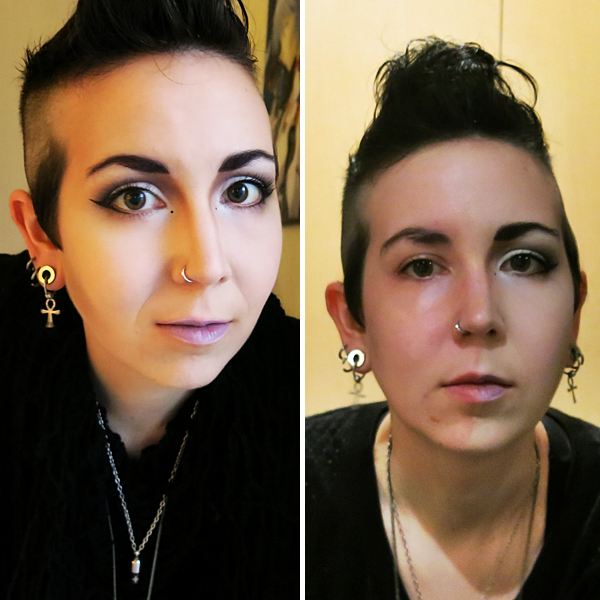 1/2 make-up gimmick, taken at the end of the day after having cleaned half of my face. 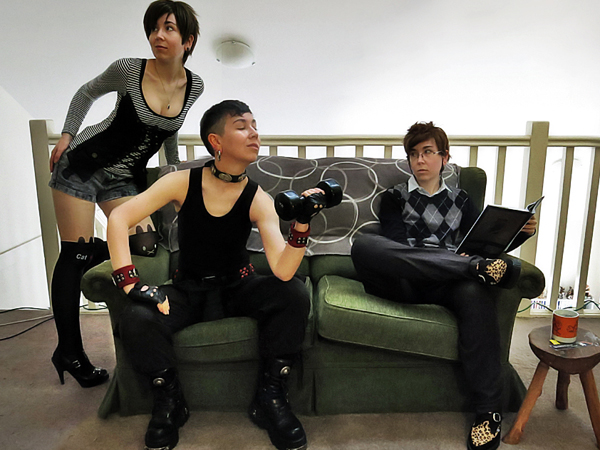 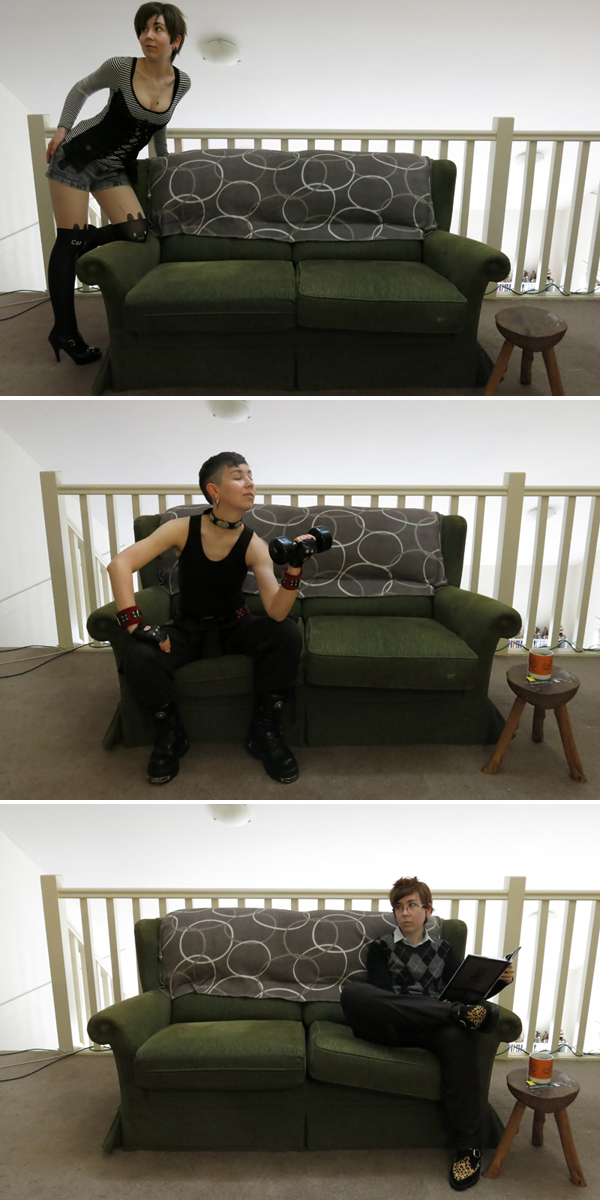 With the trusty G15 set up on a tripod the self-timer was set to 10 seconds and a series of images shot featuring 3 different outfits. One was selected of each outfit to be pieced together using Adobe Photoshop Elements 9. 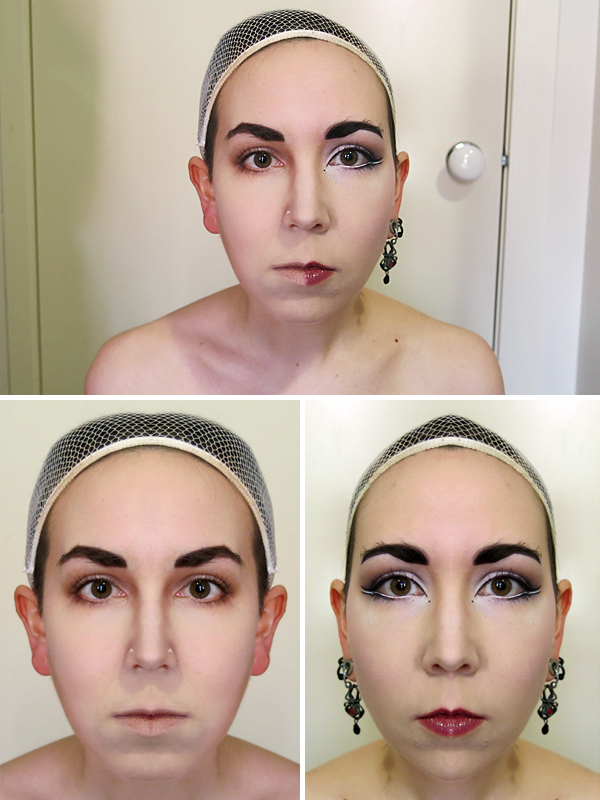 Each half of my face was painted in different make-up styles, one masculine and the other feminine. 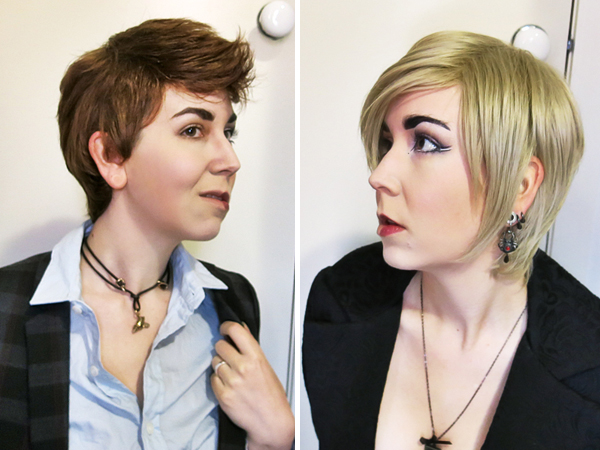 Each half was then paired with an outfit and wig. 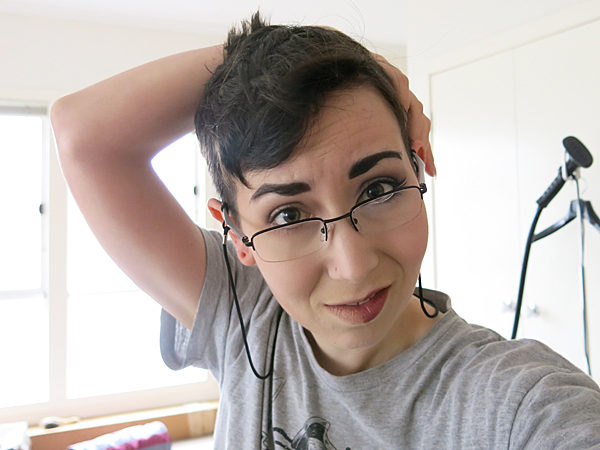 Then we play a fun game called “I took my glasses off for this shit, now where the fuck did I put them?”

Each of these was a part of my project 365 photography challenge- where at least one photo is taken and processed every day for one year. These are taken from days 105, 249, and 262 respectively. The project can be viewed on Facebook, here (and is ongoing at the point of typing this entry).

The tripod I use is fairly basic, proclaiming itself as Vivid brand. It was picked up from an Aldi supermarket as a “welcome home” gift after I’d accidentally left my camera at a friends house for a few days. It even came with its own carry case for when out and about! 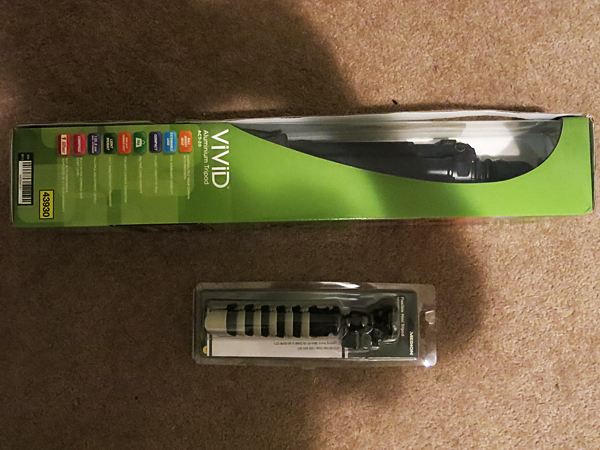 A flexible mini tripod (Medion brand) was obtained from the same store on the same day.

Aldi are a pretty exciting place for me when it comes to obtaining items and equipment relevant to my interests without having to worry too much about whether or not they are also relevant to my budget.

In terms of cameras, while I definitely have a keen interest in photography, I am not a photographer by any stretch of the imagination and have absolutely zero experience with film. I mean, my first camera was a film camera, but I never had the space or equipment to develop it myself and whether by my own inexperienced hand at the shutter, or by the inadequate skill-set of those at the 1-hour processing shop, none of the photos taken were ever particularly good… if they were even legible at all. While some of the photos are still in my possession, the camera is not, and I can recall neither the make nor brand.

Digital cameras though, they speak my language. Or am I the one speaking theirs? (Not that I’d ever know what to do with an SLR of any type.) Throughout the mid 2000’s I was able to dabble with point and click type digital cameras belonging to family members, eventually being gifted one of my very own in the latter part of 2006.

It was a Canon PowerShot A540 which never strayed far from my side right up until the beginning of 2013, when it was retired due to the sad realisation that many mobile telephones were now in possession of better cameras than my actual camera. 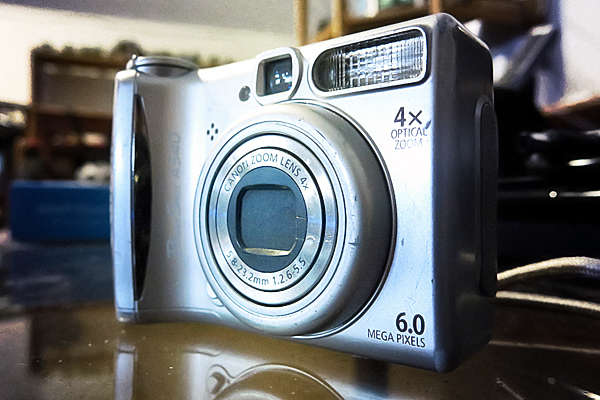 On day 79 of the 365 challenge it was taken from storage to pose for a photo.

To take its place a G15 was purchased, I figured sticking with Canon would be best for consistency if nothing else. It’s heavier, more powerful and, like its predecessor, rarely leaves my side.

On day 254 of the photography challenge the old A540 was dusted off in order to take a shot of the G15. 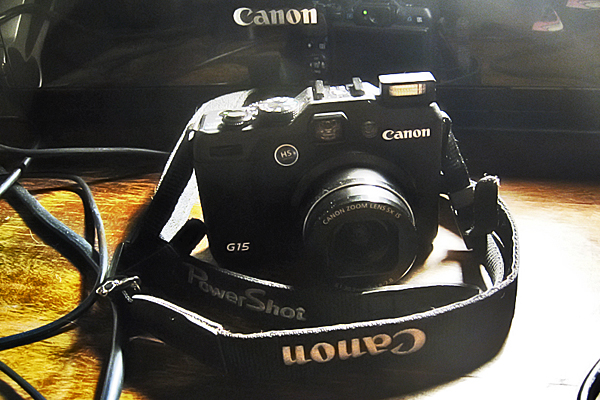 A canon loyalist, the Pixma iP7260 peacefully slumbers in the background.

You’d think having used the thing for 7 years it’d be easy, but it feels like a toy compared to the G15 and I’ve completely lost any ability I might once have had to handle it.