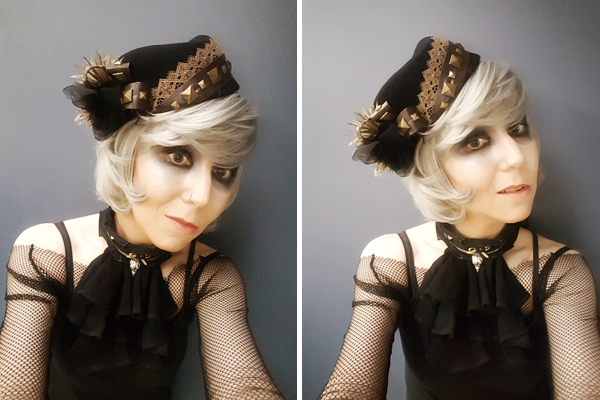 Hit the runway in a jacket by Von Chibi paired with jaunty hat by Cherry Pie and a 3-tiered jabot I’d whipped up in the week before the show. 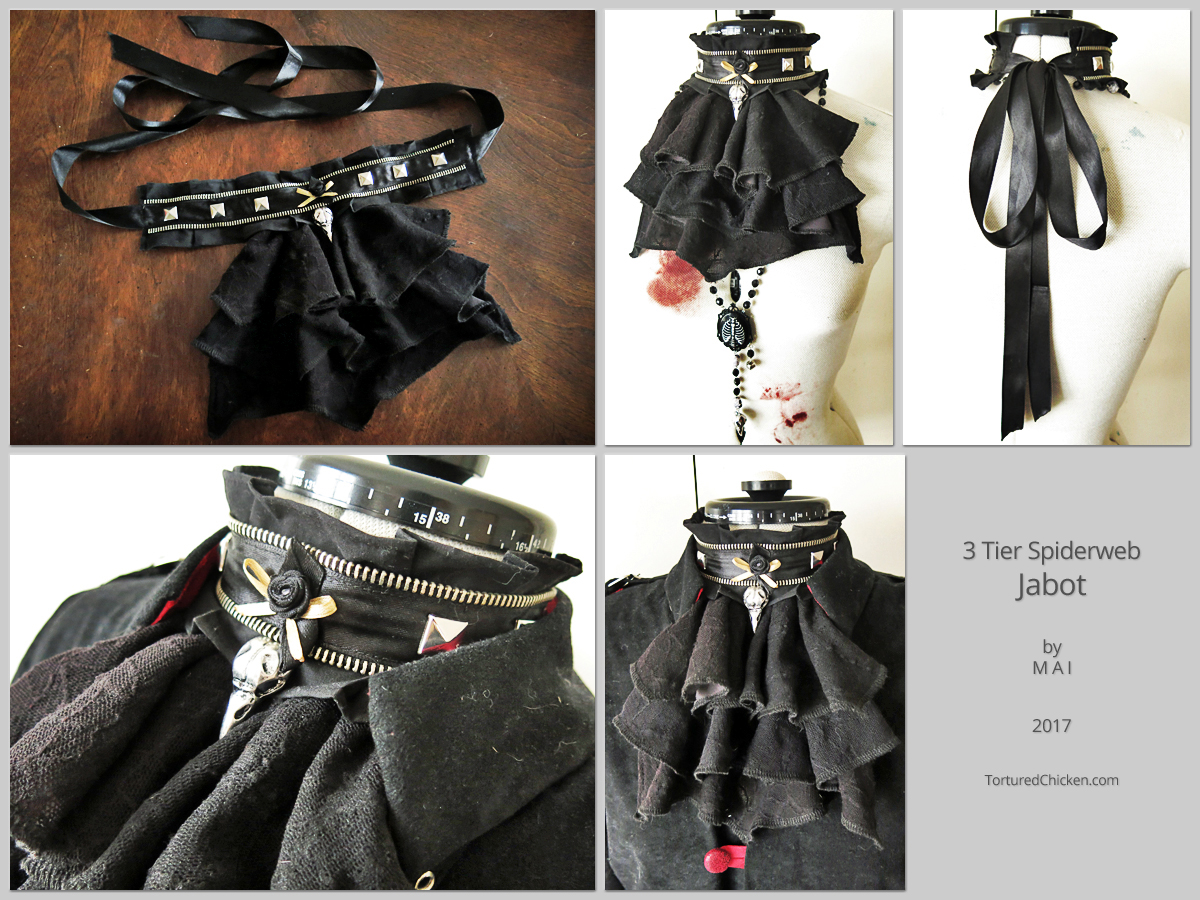 Despite a fevered ability to take thousands upon thousands of photographs of invertebrates and interesting looking rocks, I’d left the camera at home that day, so only snapped a handful of vaguely unfocused selfies with the phone.

If you are interested in photographs (maybe also videos) from the runway, then please hit up the Facebook pages of Von Chibi Designs and Cherry Pie Millinery (whose works I was sporting) or that of Melbourne Alternative Designers to get a look at some of the many talented craftspeople this city has to offer!

Should you be interested in gratuitous closeup photographs of huntsman spiders then feel free to scroll on down and acquaint yourself with images of my energetic sparassidaughter, Spaghetti Joe: 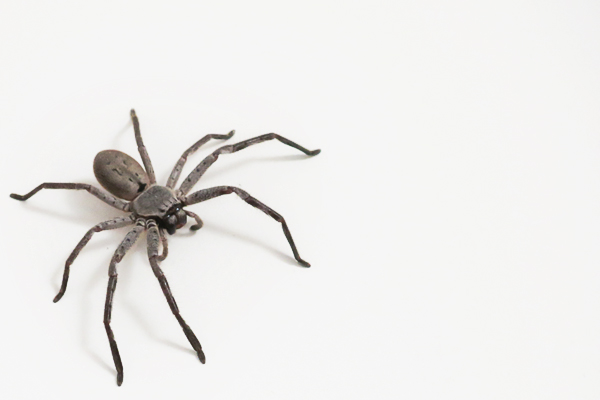 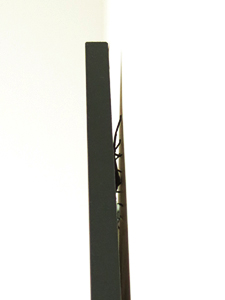 She took up residence behind a poster about a month ago now, but has since explored much of the house, including a majestic plummet from the ceiling when enthusiastically reaching for a passing fly and… I guess just kind of briefly forgetting that gravity is a thing? Or maybe just never had any real concept for it in the first place?

Do spiders even have a conceptual awareness of gravity?!

In any case, she quickly realised that mistakes had been made and attempted to save herself via web, but what little silk a huntsman can produce is not nearly strong enough to support their comparatively immense body weight. She hit the ground with an audible *thwack*, sprinted past a sleeping cat, then sulked behind the primary desk for several hours before thoroughly exploring said desk like nothing had happened. 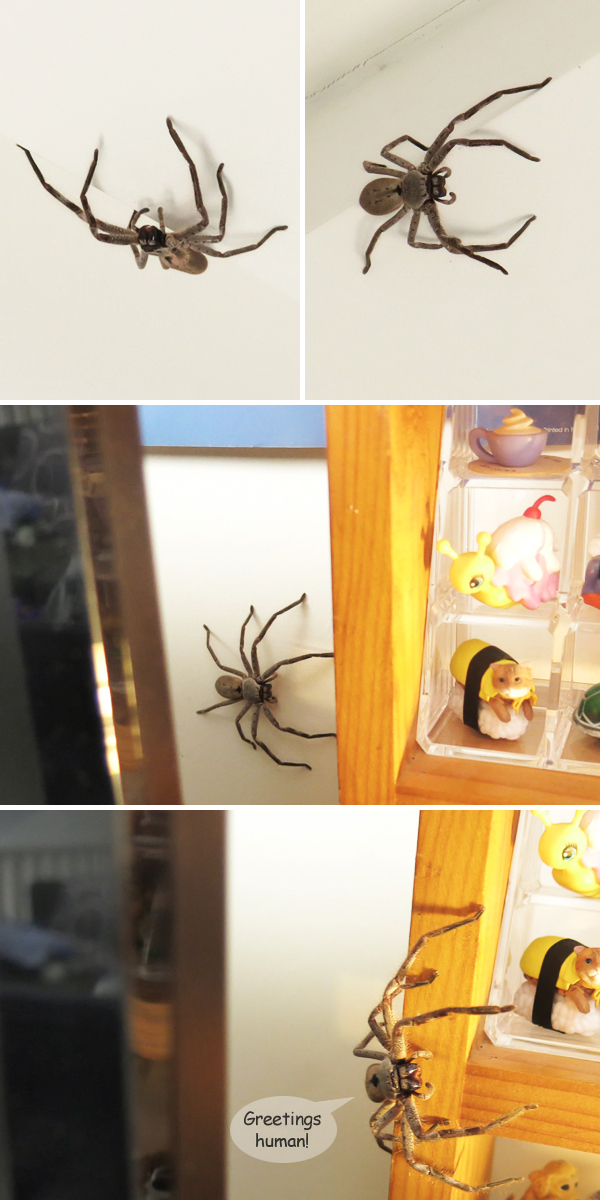 Fact: Every time a huntsman spider sits real still with one leggy up in the air it adds 10 years to my life expectancy.

With a body length around 30mm and leg-span possibly bordering on 150mm she’s about as big as they can get this far south (head up to Laos for Heteropoda Maxima if you want the leggiest of the leggy spides).

Unfortunately, unlike my gentle and curious son, Toby Spuds II, Spaghetti Joe has absolutely 0% interest in sitting still for handy comparison shots and would much prefer to take off up the wall at lightning speeds- I swear this leggy critter is utterly incapable of walking. 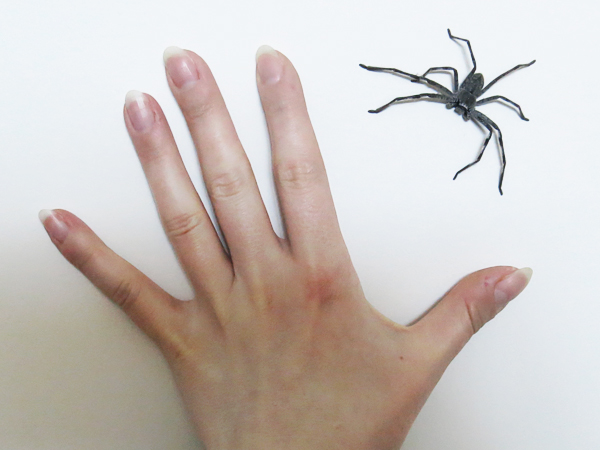 Spaghetti Joe is the fourth huntsman who has shared my current residence. It is interesting to note that they did not begin venturing indoors here until 2015, in the 5 years prior to that I’d only ever seen them outside.

Maybe word got around that they’re welcome here? Or maybe improper building foundations and the subsequent but ultimately futile attempts at repairs have slowly caused enough cracks in the walls for large arachnids to easily slip in and out of?