Guess whose cadaver has been potentially donated toward research and educational purposes? 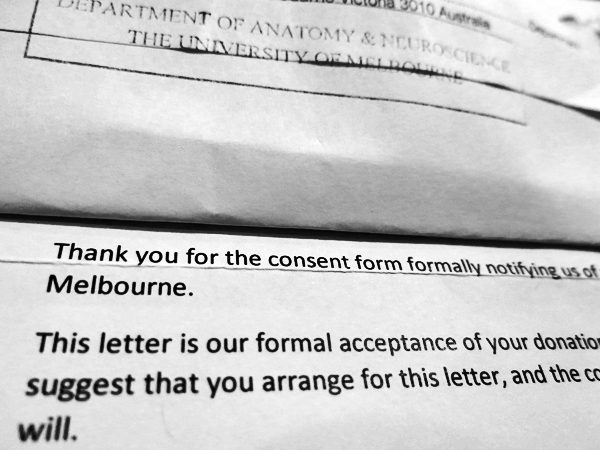 That is “potetially” because I gotta, y’know, die first. Then be assessed for suitability- assuming my senior available next of kin even agrees to letting it be taken at all because apparently they’re allowed to say no (rest assured I will go full poltergeist on anybody who tries to pull that shit).

Unlike registering for transplant donation which you can do all by yourself, two next of kin are required for cadaver donation. From what I gather, only one is really necessary, but it is preferred to have two on file in the event that one is unable to be contacted.

Openly acknowledging the inevitability of death with those legally considered my “next of kin” has resulted in some very strange conversations mostly boiling down to: “Are you planning to die soon?” Which comes across as kind of bizarre, since everybody is ultimately going to die regardless of whether or not they actively plan to.

Maybe I’ll get mowed down by a truck while walking to the supermarket?
Or stabbed to death while navigating public transport?
Or even just spend too much time sitting down playing Nintendo causing a blood clot to form in one of my legs and when I finally stand back up it becomes dislodged, promptly travelling to my brain and killing me instantly?! 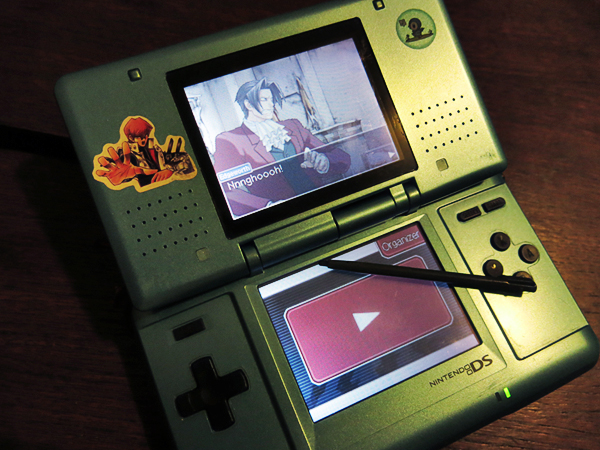 Listen, I play a lot of Nintendo, okay? It could happen.

Dramatics aside, it just seems practical to have at least a basic outline laid out in the event of death, even if it seems unlikely.

So, if you are residing in Australia and looking for information on how to offload your cold dead body on the medical industry, here are a couple of starting points:

It’s a straightforward process of filling out some paperwork, sending it to the appropriate facility, then filing their response in a safe place (or keeping the card with your other identification, in the case of transplant donation).

Also keep in mind that it is totally 100% okay to be simultaneously registered as an organ/tissue donor for transplant and cadaver donor for research/education, though ultimately your cadaver will go to whoever gets their hands on it first (which is why it is important to communicate your preferences with next of kin and relevant medical practitioners- so they’ll know who to contact).

For a long time I was under the impression that you could only choose one, so was super stoked upon realising that this was not the case as it means a cadaver which is not suitable to be harvested for transplants may still be viable for educational purposes.

. . . Also I like to hope that maybe the two opposing facilities will fight over my corpse. Scalpel combat. Grave robber rules. The necessity of my death means you can never prove to me that this scenario does not play out.

I take solace in that knowledge.