Little known fact: the main reason I decided to move the Asylum to its own domain was because of this stupid webcomic project I’ve been procrastinating on for longer than I’m willing to admit.
Well okay, so it was also partially because people often told me that they read the .fathen part of the address as Fathen rather than Fat Hen and fuck you guys! I didn’t even choose that part, you know? I was just working with what was available at the time!
Story of my life.

You may have noticed the Separation Anxiety (comic) link while browsing the site. You might have even clicked on it?!

Well, rather than just the plain “coming soon” page it has now got its very own discernible actual site. . . thing. . . Sub-site? This is why I’m not a professional, I have no idea how to terminology.

Speaking of not being a professional; I also have no idea how to .php, as was proven late yesterday when I managed to royally fucking break everything whilst attempting to make one very minor cosmetic alteration to the Separation Anxiety site. Literally everything was broken. Tech Support had to tell my father what I’d done because it was apparently so hilarious that I don’t even possess enough basic knowledge to fully comprehend just how hilarious what I’d done truly was.
Seriously, that time I got drunk before hunkering down with some JavaScript had better results. Last night I couldn’t even use alcohol as an alibi.

A sane person would just fork over the dollars to hire a competent professional do this shit for them.

I’ve been changing up some layout stuff in this blog and the main site too. So do let me know if you experience any issues with the sites.

Along with its own sparkly new site, Separation Anxiety has also got a tentative release date set for July. This blog will be kept posted with specifics closer to release time. There is a slight chance the release will be postponed as there’s a fair bit to get through between now and then.

Things I need to get on top of first and foremost:

Recently I also decided to make a Tortured Chicken Facebook page, which will mostly be used to share works in progress and, when the time comes, comic updates. That way I’m only spamming the people who want to be spammed by that sort of thing and my personal Fb can be used for important things. Like pictures of cats. 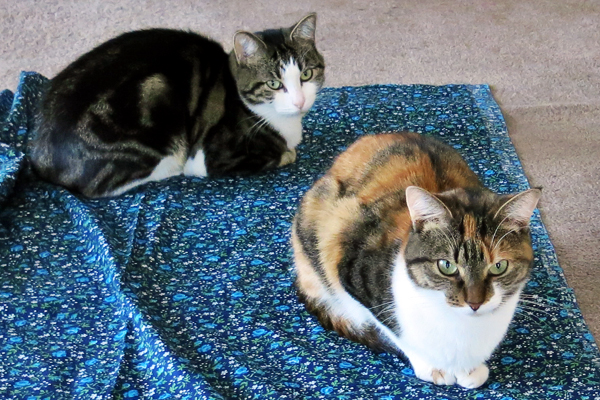 Back on track; very few people might be aware that I actually tried to make Separation Anxiety a thing last year. It’s true! It got as far as a very short prologue before being abandoned. 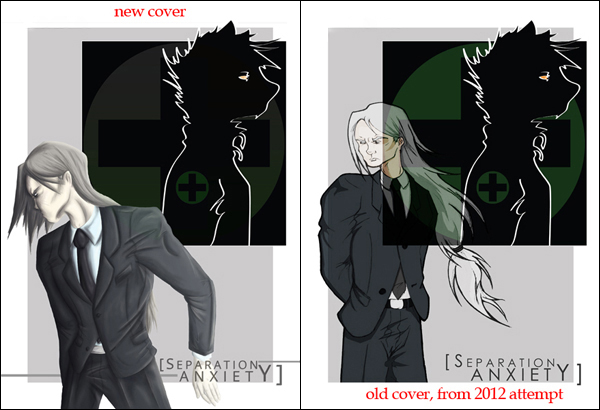 A comparison of the new cover with the one from the initial attempt last year.

The problem was mainly that I tried to rush it, which I suppose was a reflection on the fact that I was using it as a distraction from dealing with the real world. A secondary problem stemming from this was uncharacteristically wanting other people to be actively and directly involved with it. Other people are busy, I have zero leadership skills, and really, when I’m not in the middle of an emotional meltdown I barely make any effort to interact with other people beyond what might be considered polite (it isn’t that I don’t like people, I’m just distractible, preoccupied and easily entertained by my own antics).
In the end the burnout was not a surprise and really, I’d be lying if I said I didn’t see it coming, even at the time (a part of the reason it wasn’t openly advertised and few people knew of its existence).

In a lot of ways that was all very important. It gave me time to recuperate, to figure out the characters, their motives and relationships, a little more thoroughly, to bring everything together a bit more tightly. Actually figure out where the story is going rather than just trying to wing it, you know?

It also gave me time to realise that if I’m not doing this for myself then… who am I doing it for? Even if it isn’t great (and I do consider myself something of a terrible writer) I’ll regret it more if I never do it. The timing last year might have been off, but actually making an attempt was certainly a kick in the right direction.

Obtaining a better desk setup has also been very good for the old motivation. 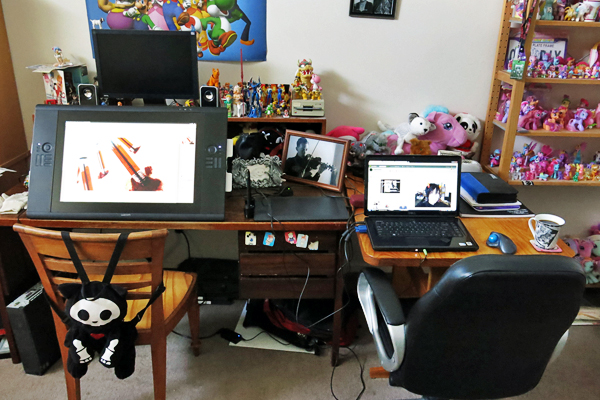 As of right now an outline and key events for the first story-arc are down, along with several ideas for later story arcs, and an ending. Things may change depending on how we go, but I figured it would be a good idea to get an ending down just in case something happens and I find myself unable to continue the project. That way there will at least be some sort of closure.

Total comic progress at this point in time sees the prologue finished and layout plans in progress for the first chapter. There is also a script written out for the second chapter.
Before actively posting pages I want to finish drawing the first chapter, layout plans for the second chapter and script for the third. Keeping a decent backlog seems like the best way to keep this operation running smoothly.

I’m looking to get a new computer soon as well. The current one is losing the ability to keep up with my work and hobbies. Something with a dedicated graphics card and an inappropriate amount of ram would be good.

Tech Support keeps talking about 3D printers too and I’d love the shit out of one of those for cosplay. But it’s all money and space, you know? I have aspirations of one day upgrading my messy-room to an entire messy-garage. It’d be great. All power tools and sewing machines. Then there wouldn’t be a vice on the kitchen table or a circular saw under the fabric scraps.

But this is all turning to fantasy now so it must be time to go.