The first actual story page of Separation Anxiety went up yesterday! Next week there might even be dialogue! I feel inclined to celebrate despite the lack of perceived excitement.

That must mean it’s time for some Cooking With Mai™!
Disclaimer:
Mai is a terrible cook.

Put your barley in the pan. You’ll probably have way too much but… you can freeze it I guess? Unless you’re likely to use barley for anything else? I’m not really sure. But I don’t know if barley keeps for very long once it’s open so I just cooked up the whole lot. 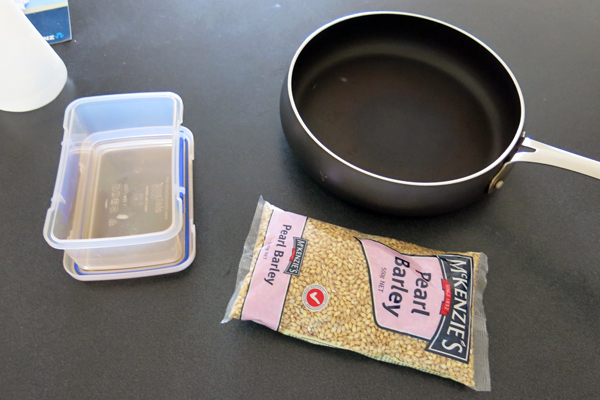 Cook the barley on medium heat in the dry pan. Don’t add any oil or anything, this shit ain’t popcorn. Just cook it. It’s fine. Stir it with a spoon or something so it doesn’t burn. Probably a wooden spoon? If you use metal on a non-stick pan then you might scratch the magical non-stick surface. Unless your pan isn’t non-stick at all, then do what you want. Heck, do want you want anyway, it’s not like I can stop you, I’m just trying to offer helpful advice. 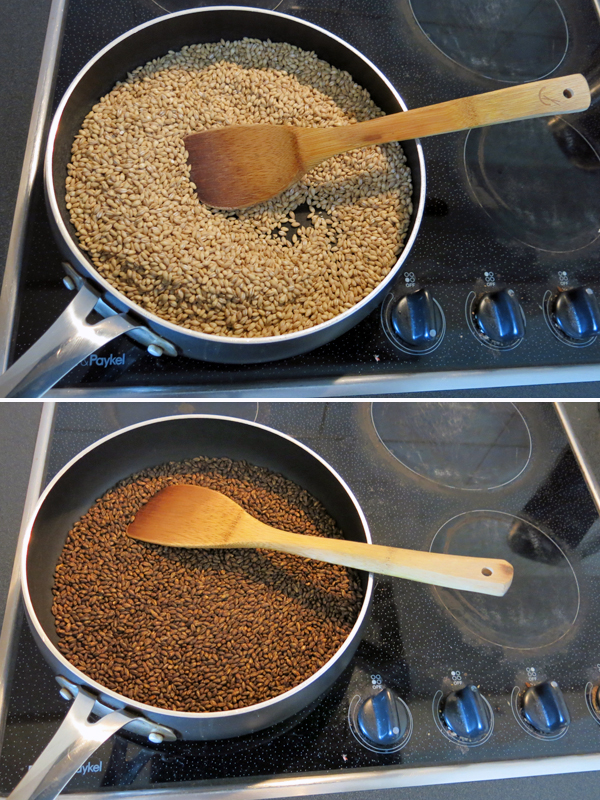 When the barley has gone all toasty and brown you can take it off the heat. Depending on taste you can cook it for longer or shorter time, just try not to burn it too much I guess. Mine was cooked for somewhere in the vicinity of an hour, but I’ll probably cook it longer next time. Maybe I should get a coffee bean roaster to do it instead, so I don’t get a sore arm from the constant stirring?! But I digress…

Leave it on a plate or something to cool down. I put a tea towel under mine because I think I saw that on television once or something? 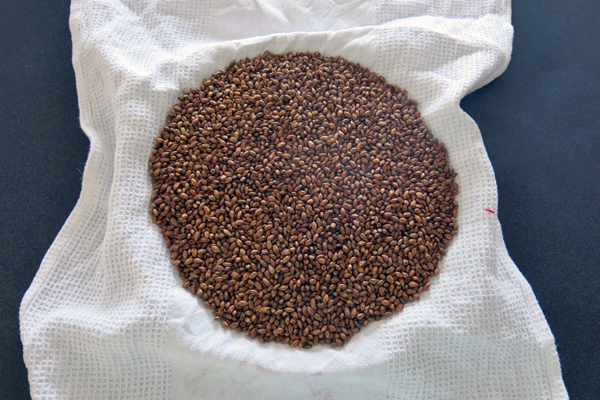 Actually it might’ve been paper towels? But I didn’t have any of those.

Put a couple of tablespoons of the toasted barley in the pot with the water and the rest in some type of airtight freezer-safe receptacle. Then put the container in the freezer. You can use the rest later or whatever. Unless you didn’t have any extra or have different reasons to be using barley. I don’t know you. I don’t know your life. 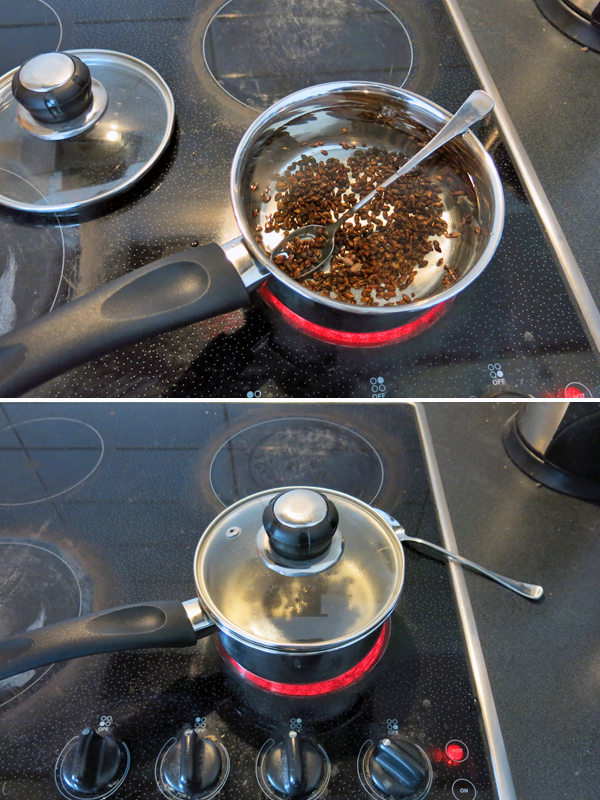 Bring the water to the boil, then turn down the heat and let it simmer for a while. I’ll usually leave it for 15 minutes or half an hour, but you might like to experiment depending on taste.

When you think it’s cooked enough turn off the heat. You can either leave it to sit and cool down, or pour out a glass right there and then. Or both since you’ve got about a litre of the stuff on hand. 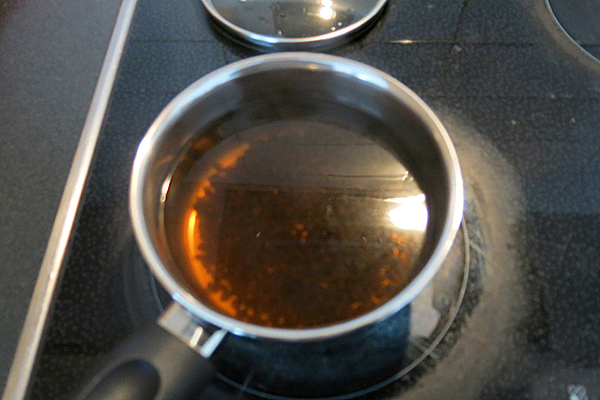 Now you have a beverage. If you don’t want it hot or have a bunch of it left over in the pan you can transfer it into a jug and save it in the refrigerator for a delicious chilled beverage to enjoy at a later time. 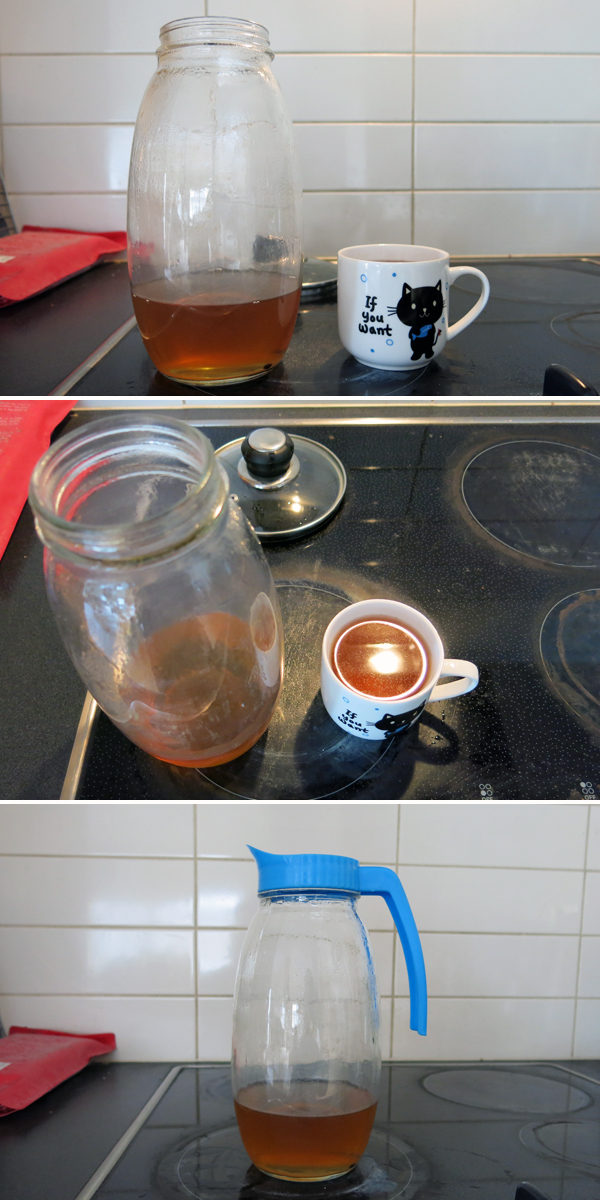 It looks a lot like dehydrated piss apple juice.

Iced barley tea (also known as mugicha or boricha) is really quite nice in summer. I drink it hot and cold, constantly, all year ’round. Although usually just get the teabags from the Daiso dollar store rather than making it myself. 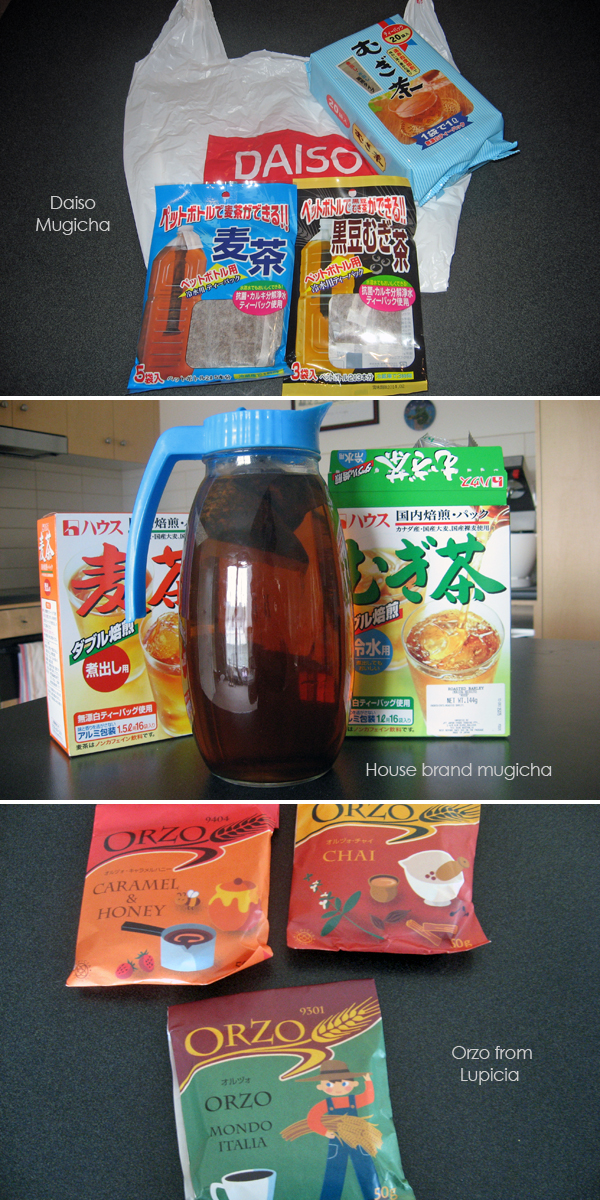 House and other brands of teabags are also available in many Asian grocery stores, along with pre-bottled varieties. Lupicia also sell packets of ground orzo, my favourite is the caramel and honey one prepared with milk. It tastes like honey popcorn. But they’re a bit on the pricey side for such small quantities.

The stuff I toast myself has a lighter flavour than the teabags, with almost sweet undertones. Though in the teabags it’s usually unhulled barley and I’m not sure how much of an effect that has on the overall flavour?

Barley is naturally caffeine free and doesn’t lick melted crotch like most caffeine free beverages do. Not, y’know, mentioning any names here or anything, dandelion tea.