If you can’t guess this happy little dude’s name: 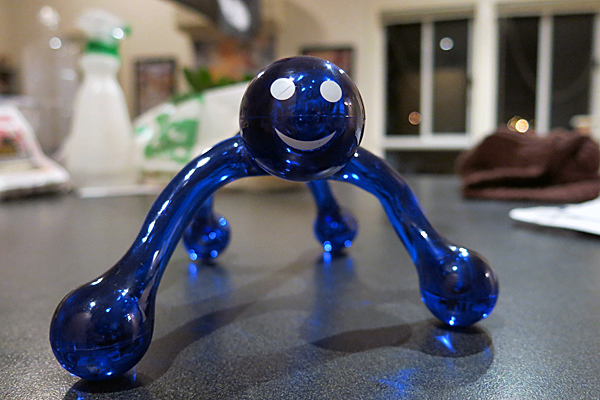 Then you’re a far less insensitive person than me (and that’s probably a good thing)!

While we’re on the topic of my gross insensitivity, the Junior Warrant Officer Schrödinger (of Kouta Hirano’s Hellsing series) costume I’ve been working on is nearly finished! The last thing to do is add the breast pockets on the shirt. 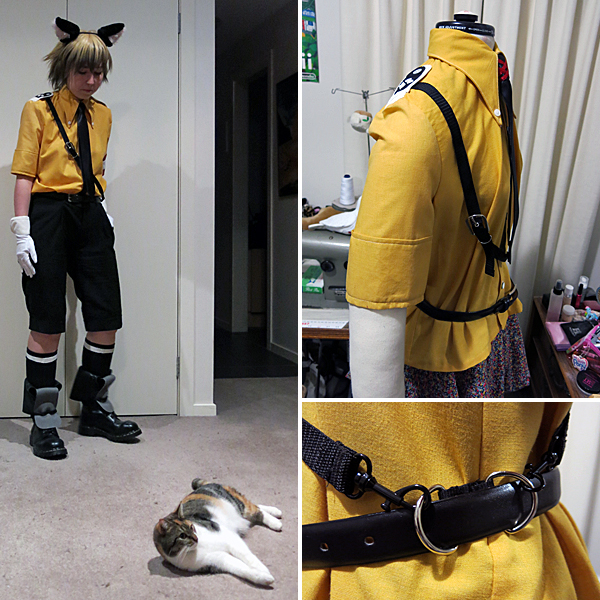 The strap that loops over the shoulder, through the epaulette, attaches to the belt via two large steel D rings.

White details on the epaulettes, stripes on the socks and symbol on the sleeve were painted with acrylic paints utilising a textile medium that just sort of… mixes into the paint and… makes it stick good. To fabric.

The boots are 20 eye steel capped leather Gripfast work-boots. The tops can be rolled down to act as cuffs around the ankles. 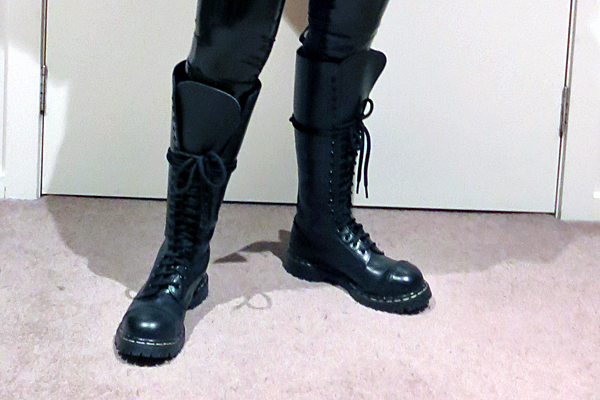 I’d been looking at Dr. Martens originally, but didn’t like the zips the taller ones all seem to sport in their sides. Aside from Schrödinger these bad boys will also work for my TF2 Medic (who I still have vague hopes of doing a photo-shoot with).

Oddly enough the most difficult part of this particular project proved to be the neck-tie. It has red stripes over the knot and I quickly realised that if I were to tie it, paint on the stripes, then untie it… well, I’d never be able to tie it with the stripes in the correct position ever again. [/truefact] 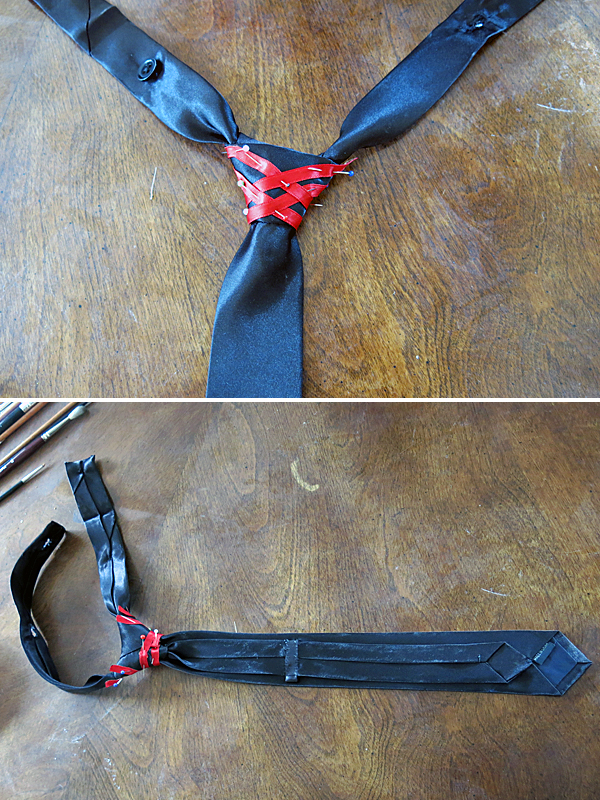 So I faked it.

The tie itself is polyester and came from a dollar-store. Really wasn’t going to waste a good silk tie on such a project (and believe me, good quality plain black ties are not as easy to come across as you’d think).

It was tied in a half-Windsor, length adjusted appropriately, but the loop for the neck left open wider than necessary. The loop was then cut, raw edges stitched down, knot stitched in place (so it cannot be undone) and two buttons/button holes stitched onto either side of the cut neck loop- the reason it was left wider than necessary being so that the lengths can overlap to fasten. 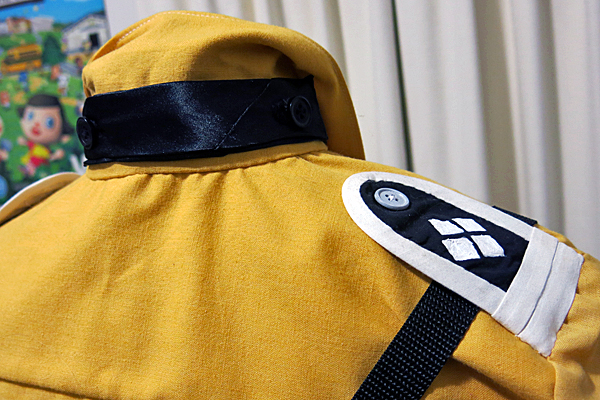 The red stripes were then able to be painted on without fear of messing them up. Only the paint didn’t come out bright enough against the black so some thin red ribbon was carefully hand-stitched on instead. 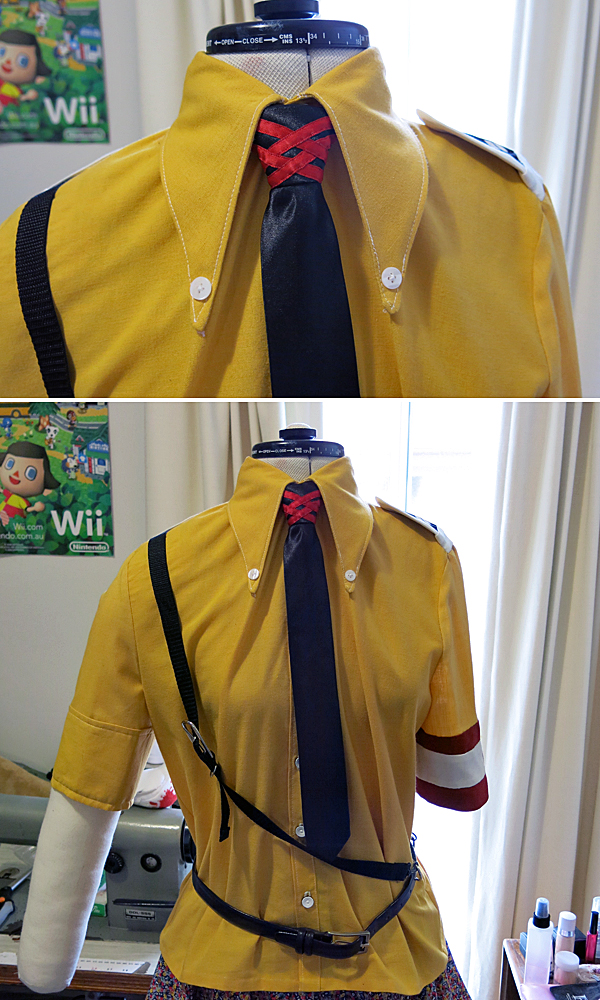 The second prologue page of Separation Anxiety went up earlier today. Now there is some real actual dialogue, maybe the story will start to take off and… be… interesting… or something. I’ll probably lay off the shameless blog-based self-promotion for a bit as well. Not to say I’ll stop mentioning it entirely, but the blog is for stupid shenanigans which can’t always be successfully planned for a weekly occurrence. That just isn’t how it rolls.

SA pages will continue on a weekly basis (Thursdays) until such a time as it doesn’t, and blogs will continue intermittently bumbling along with occasional references to SA when milestones are met (such as beginnings or endings of chapters and maybe hiatuses when they happen).