Hair is something which frequently needs to be thoroughly mistreated. No lie.

For many years I was very good at violently assaulting my own hair on a regular basis: 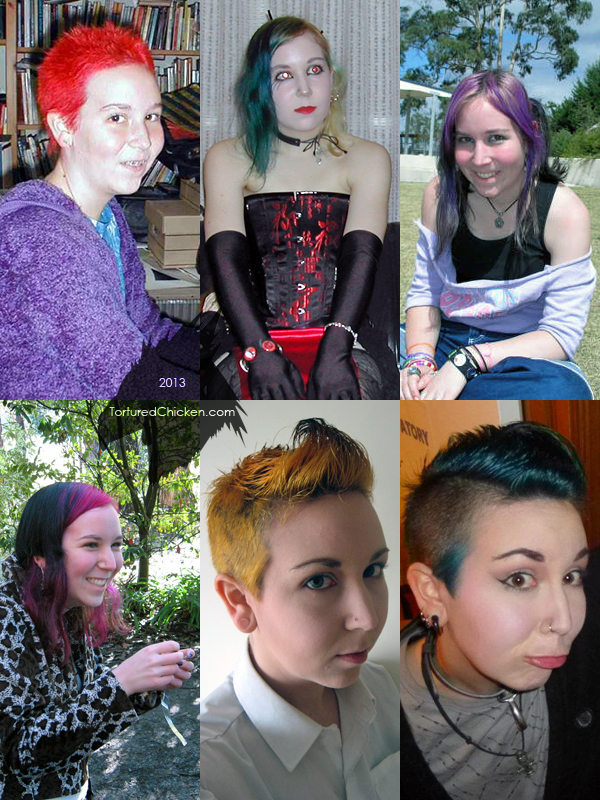 But we all knew it couldn’t last.

My skin is sensitive and reached a point where the one to two weeks of vibrant colours were no longer worth the hair-dye induced chemical burns to the scalp. I probably could’ve gone to a salon rather than mixing my own bleach (which needs to be pretty potent for dark hair) but it was so expensive and time consuming I always opted to do it at home where there was at least some Internet to peruse while waiting for it to cook.

In 2012 I decided to stop, let it grow out, and cut off the dyed portions. Which didn’t take long, since my hair is kept short, and cravings for colours were sufficiently sated with outlandish wigs and cosplay. 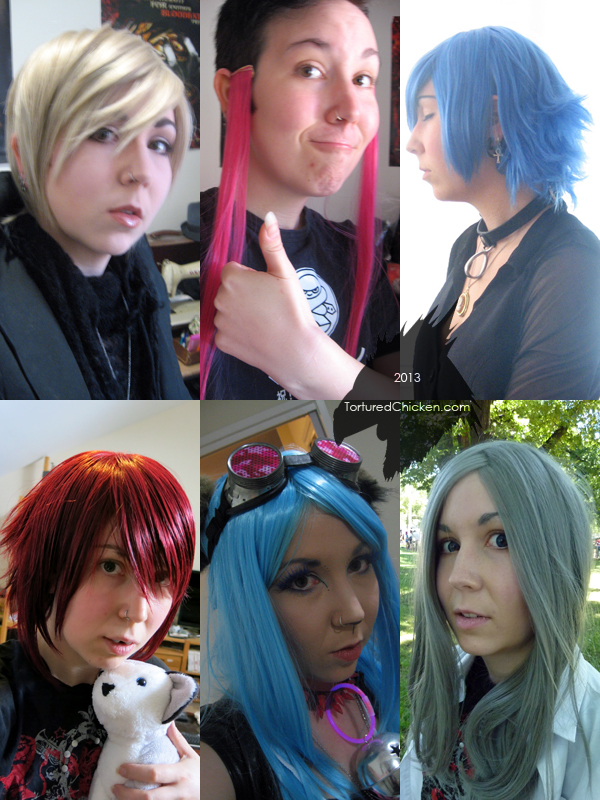 Some weeks ago I was taken on a shopping date with two friends. We ended up in Lush– a store specialising in organic (mostly vegan) beauty products. If you know the shop you’ll know how smelly it is.

Despite not really intending on making any purchases there I walked out with a tub of hair styling gunk and a block of henna; which sort of looked like a big fuck off bar of chocolate but seriously, don’t eat that, it would neither be delicious nor healthy for your tum-tum. 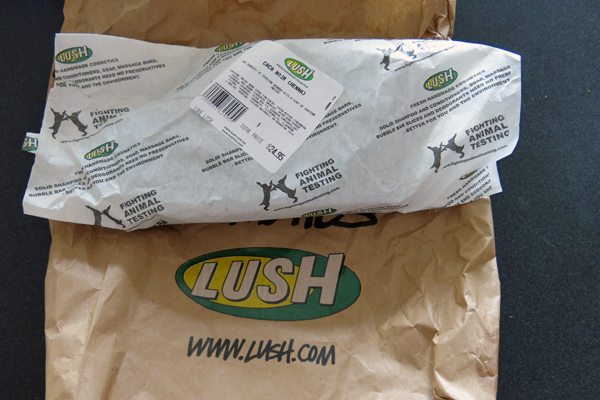 Henna is apparently super good for your hair.

But I just have to take the sales pitch at face value because aside from figuring out ways of turning it blue and the fact that it’s made out of the same sorts of dead cells as finger and toenails: I know sweet fuck all about the filamentous bio-material sprouting unceremoniously from my scalp and, up until very recently, was completely disinterested in taking any sort of actual care of it.

But we’re not here to discuss my grooming habits.

The henna block I grabbed was called Caca Noir; it has indigo powder to give the hair blue undertones (henna ordinarily gives hair a red colour). There’s a bunch of other stuff in the henna block too, which is apparently great for hair. But I have no idea how that all is. All I know is that I liked the sound of blue undertones without the customary chemical burns. 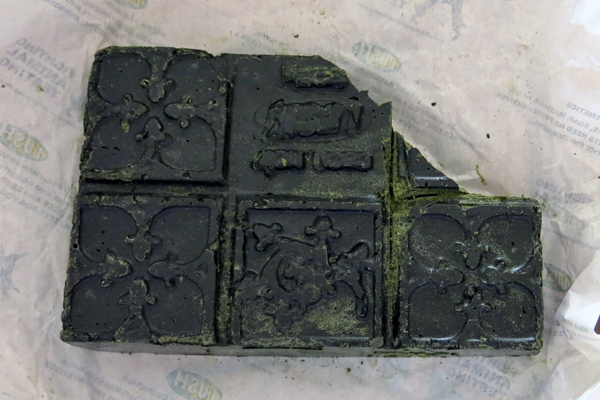 I’ve actually already used one about a month ago, a few days after first purchasing it. Which I guess worked out alright, since I’m going back for seconds and all? 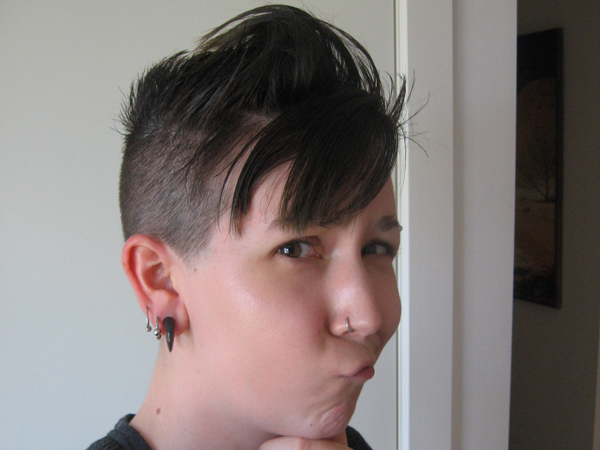 That’s my hair naturally. Photo is a couple of months old, taken prior to applying the first Henna treatment. My hair is dark brown, maybe even black.

Fun fact: a lot of people think my natural hair colour is blonde for some reason.

Seriously guys, do you think I meticulously paint my eyebrows and eyelashes black every single day? Come on!

The first henna treatment didn’t colour my hair drastically. Was I concerned? Not really, no. Henna colour can be slowly built up over time and may require a number of treatments before the desired result is met (and I’m not even after anything specific with this little experiment).

On a related note: because henna shouldn’t damage hair you can allegedly do several treatments right after one another if you feel so inclined, apparently without any adverse effects. There are also theories floating around that henna cannot be bleached out as the bleach actually pushes it further into the hair follicle. I’d test it out on myself to see but… sensitive skin, chemical burns, etc. Just make sure you’re committed to what you’re doing, really.

So, let’s get on with treatment number two.

Make sure your hair is clean and dry. 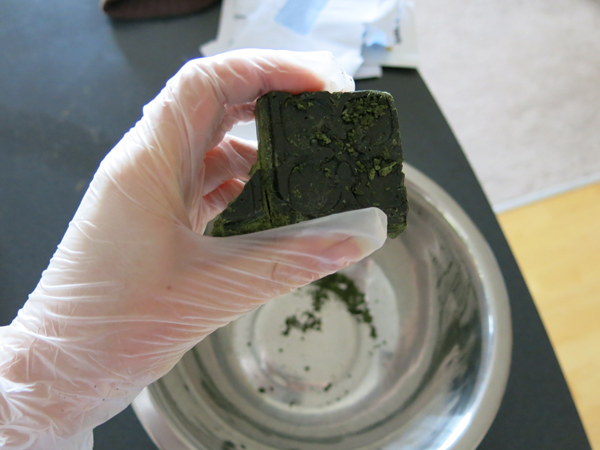 First, cut off a block. Or several blocks if your hair is very long and/or thick. My hair is quite thick, but also short, so one is more than enough. Also get your hands all up in some gloves. Henna can and will stain skin given half a chance. 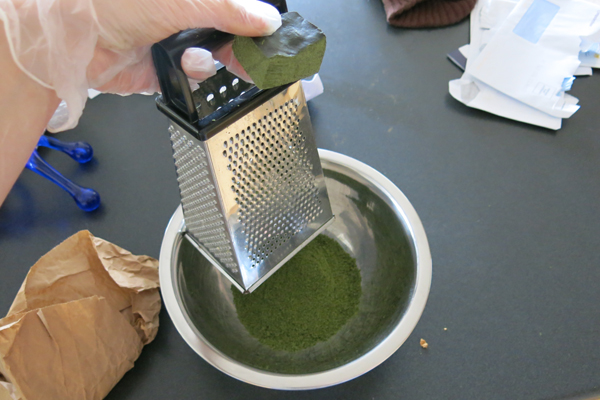 Next: grate your block into a bowl (uh… one that either isn’t going to stain or won’t be missed). Or chop it. But you’ll want it to be very fine to avoid lumps. 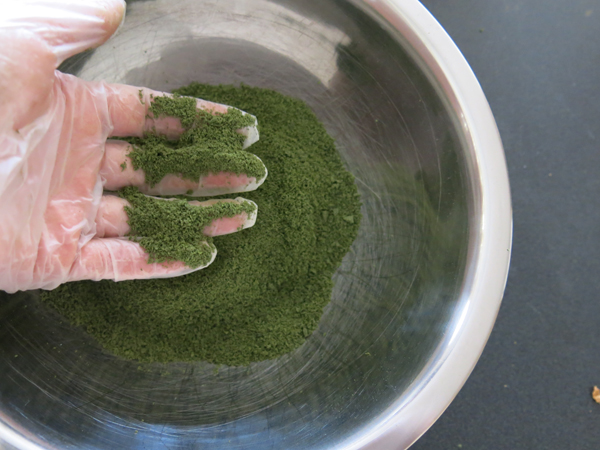 Once it’s all grated into your bowl, add some hot water. I just boiled the kettle and added it in a little at a time. Stir it as you add the water and it should get about the same colour and consistency of duck poo. I’m not even shitting you here. 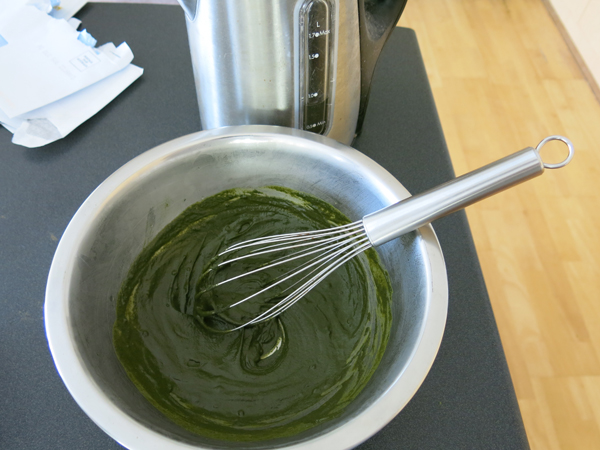 But I’m pretty sure “caca” is slang for poo anyways so let’s just accept this turn of events and move on.

It has a pretty strong smell (like everything in Lush stores, really), but it’s kind of nice. Like… herbal medicine or something. Not at all like the sharp ammonia stank of cat piss ammonia based dyes.

Since my hair is short and I’m incompetent I don’t really worry about applying this stuff with any sorts of special dye brushes or anything, I just sort of… grab fistfuls and mush them into my head while hoping for the best. 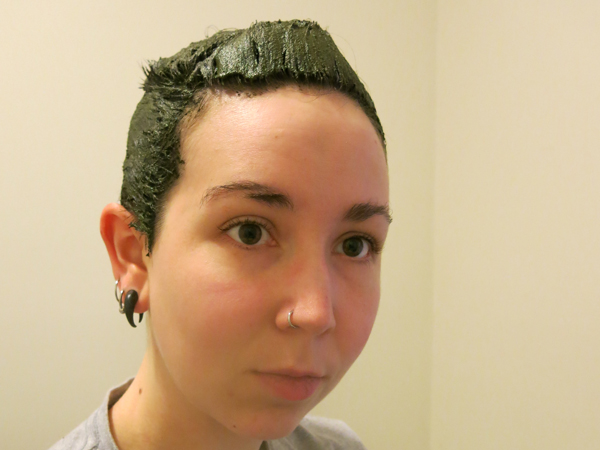 But truthfully having long hair had no effect on my competency levels and this has always been my method of choice when faced with any sort of hair treatment.

Once all the duck poo henna is smooshed onto your head the waiting begins. It is a good idea to wipe up any spillages before they get a chance to stain- speaking of stains; make sure all involved towels and/or clothing are ones that either won’t be missed or are dark enough that stains won’t show up.

I actually didn’t bother with a towel, the consistency is rather viscous and not really prone to dripping. If your hair is long though, you’ll probably want to wrap something around your neck/shoulders.

Henna takes a bit of time to stain anyway, so as long as you clean up any mess in a timely manner there shouldn’t be any evidence left behind. At least… I didn’t make a mess, and I’m a failure at life, so realistically you should have even more luck than me!

While waiting you could check out the gallery, I hear there is some new stuff on the Fanart and Soul Corp. pages. Then maybe you could read Separation Anxiety which updates on Thursdays.

Waiting for how long exactly? Difficult to say. Unlike inorganic dyes, henna doesn’t come with warnings about what happens if you leave it on for too long and times vary drastically depending on who you ask.

Generally they say leave it in for at least an hour, preferably two or three. Some people say leave it in overnight, but I have enough trouble sleeping without having to wrap up my head and worry about getting henna in the sheets. As luck would have it, I work from home and do not possess an active social life, thereby featuring more than enough hours in any given day to rock the jimmies with a head smothered in greenish mud.

What I’m trying to say is: I left it in for a little over six hours.

It dries and becomes quite hard after a while, but this is totally fine. Just leave it. It’s fine.

Some people cover it while they wait but I didn’t bother. The theory is that covering it brings out the red tones and leaving it uncovered brings out brown (or in the case of indigo powder, blue) tones. 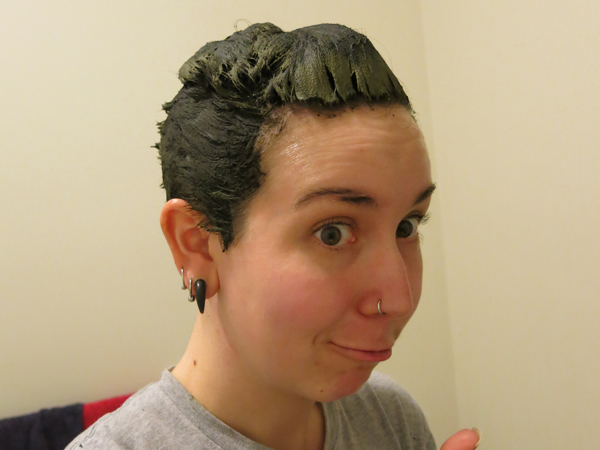 Then, after your allotted time, wash the shit out of your hair. The shower will probably look like a swamp while you do this but isn’t that half the fun?

It’s best to use a little mild shampoo just to get the chunky bits out but then you should be good to go. You hair will smell pretty good for days afterwards. At least, I personally found myself quite partial to the scent. 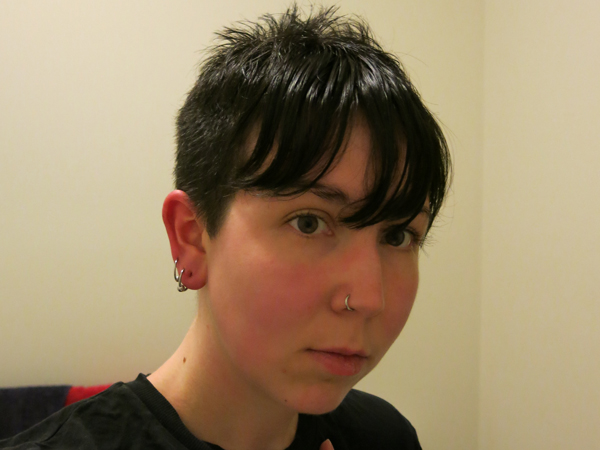 The colour is a little darker I guess? Though some theories suggest that henna colour continues developing for several hours even after being washed out so… here it is a day later: 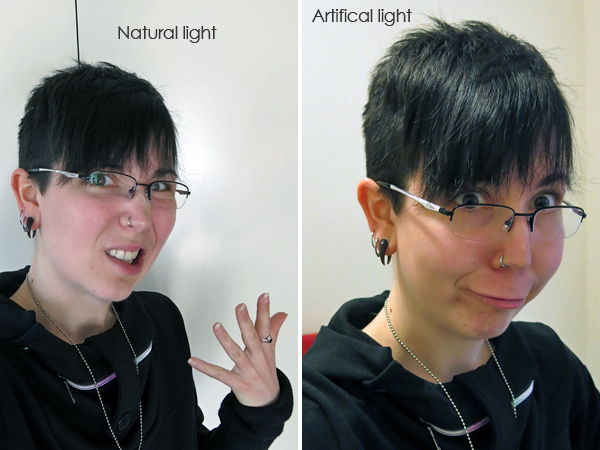 It actually is darker, and has a bit of a blue/purple sheen to it? But maybe that’s just my crazies talking? Even if the colour isn’t drastic, it does something to the texture that I appreciate.

Is this the part where I make up a bullshit score based on criteria I literally just made up like… 10 minutes ago? Yeah okay, I dunno what I’m talking about. Is this even a review? Would I buy it again? Sure, why not. Should you buy it? I don’t know you, I don’t know your life.
Do what you want.