It was a busy weekend.

Finally got a new bed. The details of the situation are complicated and boring but I promise you this was so far overdue it wasn’t even funny any more. Sleeping is hard.

But that is not important.

On Sunday it was Golden Owl Events annual Wintervalk parade.

Costume events are definitely my jam, but so often I find myself somewhere between too busy or too socially awkward to attend. This passed weekend that was not the case. Hallward happened to be going and graciously offered to drive, so I figured it was a good excuse to bust out the goat from New Year.

For the record: I was right. 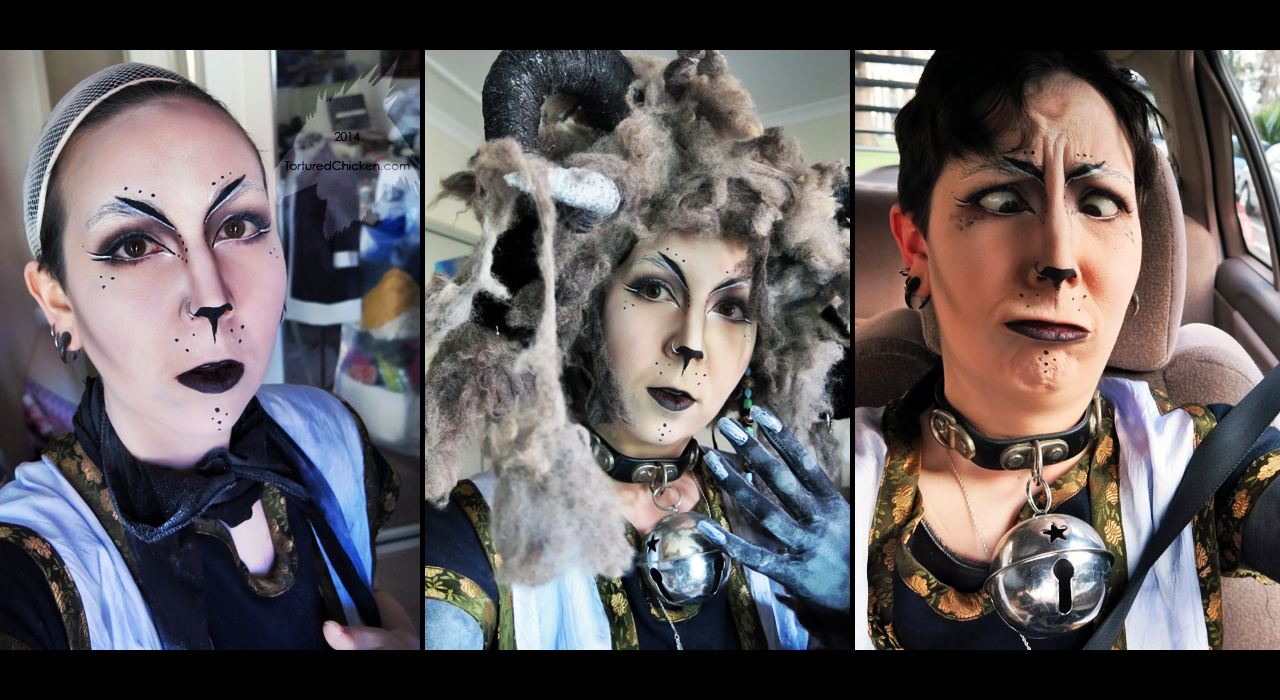 For some reason my eyes wouldn’t stop watering for the duration of our time outside. It was annoying, though my make-up managed to mostly stay put. Thank you Kryolan Fixier spray.

To be honest, I don’t think one of my costumes has ever received such a positive response from young children as the goat did on Sunday? Maybe because many of the events I do manage to attend simply don’t have as many children, or maybe it was a kinship thing, you know… goats… kids… but seriously, their enthusiasm for “goat fairies” was super cute. 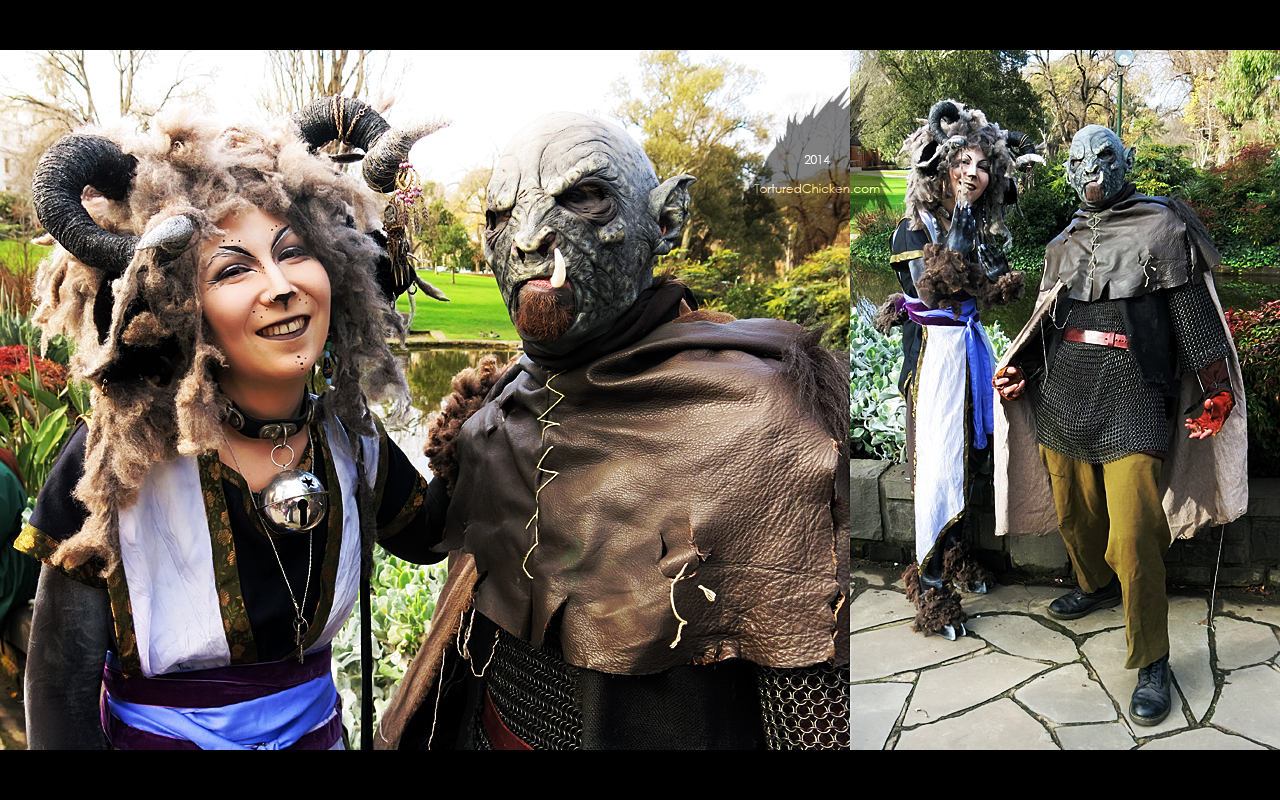 Somebody offered to take these for me after I’d stabbed Hallward in the eye with my horns trying to take selfies, but unfortunately I did not catch their name.

Hallward was an orc, and his mask was seriously rad! Though apparently it got super warm under all the layers of his costume.

There was some worry the event would be rained out, but we were on the receiving end of clear skies and sunshine which, despite the general winter chill, was actually quite quite warm out in the open under the direct sunlight. To think I’d had concerns over being too cold! 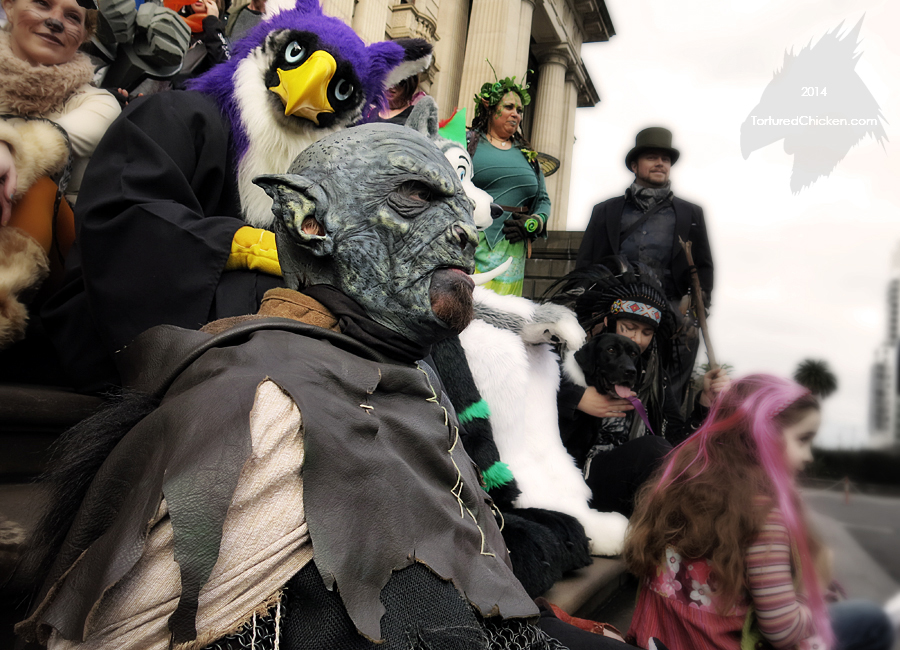 At some point I’d thought about wearing the goat with cats eyes contact lenses, but in the end determined that a bit of extra time in the new bed would be a better choice than pissing around with contacts (and false eyelashes).

Probably a good choice, given the watery state of my eyes all day. 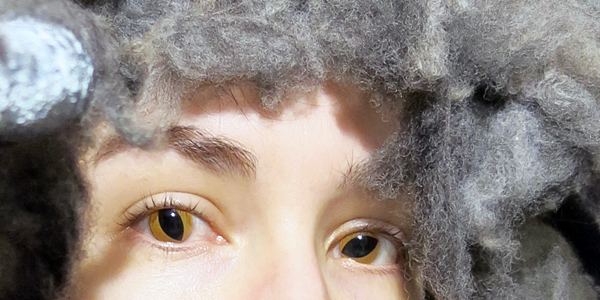 Put them in crooked and cat = goat… right?

By the end of it all my feet were a mess- but! The cloven hoof shoes, with all of their overwhelming impracticality, did survive in spite of concerns about the wooden bases splitting (the base is pine, in case I didn’t mention during the construction notes, hardwood would have been more appropriate, but time and money were short so what was on hand had to suffice)!

Not that the shoes and accidentally stabbing people in the fucking face with the horns are the only impracticalities of the outfit; touch is severely limited courtesy of armsocks (however the stocking they’re made of is thin enough to use touch-screen devices), false nails make everything feel… bizarre, and when attempting to take photos the wool around the wrists has a habit of getting in front of the lens.

After the walk we didn’t stick around for too long, though many people stayed on to picnic in the Fitzroy gardens and I believe there was also a raffle.

Overall I’d compare the event to the Zombie Shuffle, except quieter and not nearly as messy. Arguably more ‘family friendly’ but that all depends on perspective. It was fun, and I’m looking forward to some of their upcoming events, including the Pirate Market and next year’s Midsummer Faerie Raid.