This passed weekend Tech Support celebrated his 30th birthday. There was much festivity with friends and colleagues on Friday (from which I unfortunately had to depart rather early), then a little bit more on Sunday with family members.

Now, something you may or may not know about Tech Support, is that he has this weird thing about goombas (or kuribo), the squishy brown mushroom/chestnut like creatures from Nintendo’s Super Mario franchise. 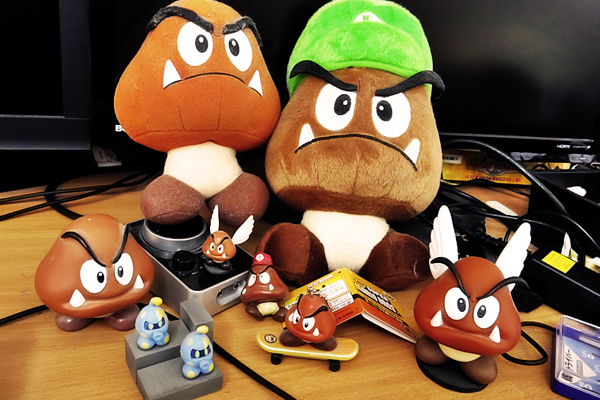 Several of the goombas that reside on Tech Support’s desk (there may be more on his keys).

To be honest, I have no idea where this interest stems from, as far as gaming goes he’s not even that big a fan of Nintendo (realistically, their jam is more on my level).

But it’s hardly my prerogative to go around questioning these things.

Over the years he has brought up the concept of “goomba propaganda” to me more than once. It sat in the back of my mind, full of intention but no motivation. While I certainly have a soft spot for propaganda (don’t we all) I’m just not the sort of person who can dive into that sort of project for no reason- what with my complete lack of time management capabilities and all that (no, liking the person is not reason enough unless I feel they for some reason have earned it or am particularly invested in the concept at that point in time).

But for his birthday? Yeah, that could be arranged. Sleeping was all but cancelled since putting my back out anyway and with our hot-water system currently out of order my schedule has been completely scrambled (although that particular issue has only been on hand the past week it feels like a lifetime, seriously, it is the middle of winter, there is no hot water, and I seem to be the only one in this household experiencing any kind of trauma as a result). 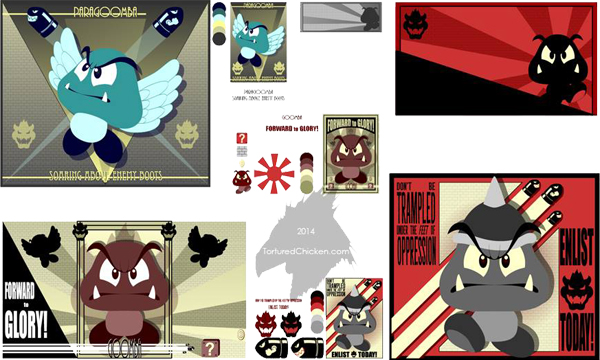 Exporting this was fun, it was too large to export all at once without crashing, so each image had to be transferred to an individual file first.

Three felt like a good number for the series because of reasons, and the images were created with vectors. 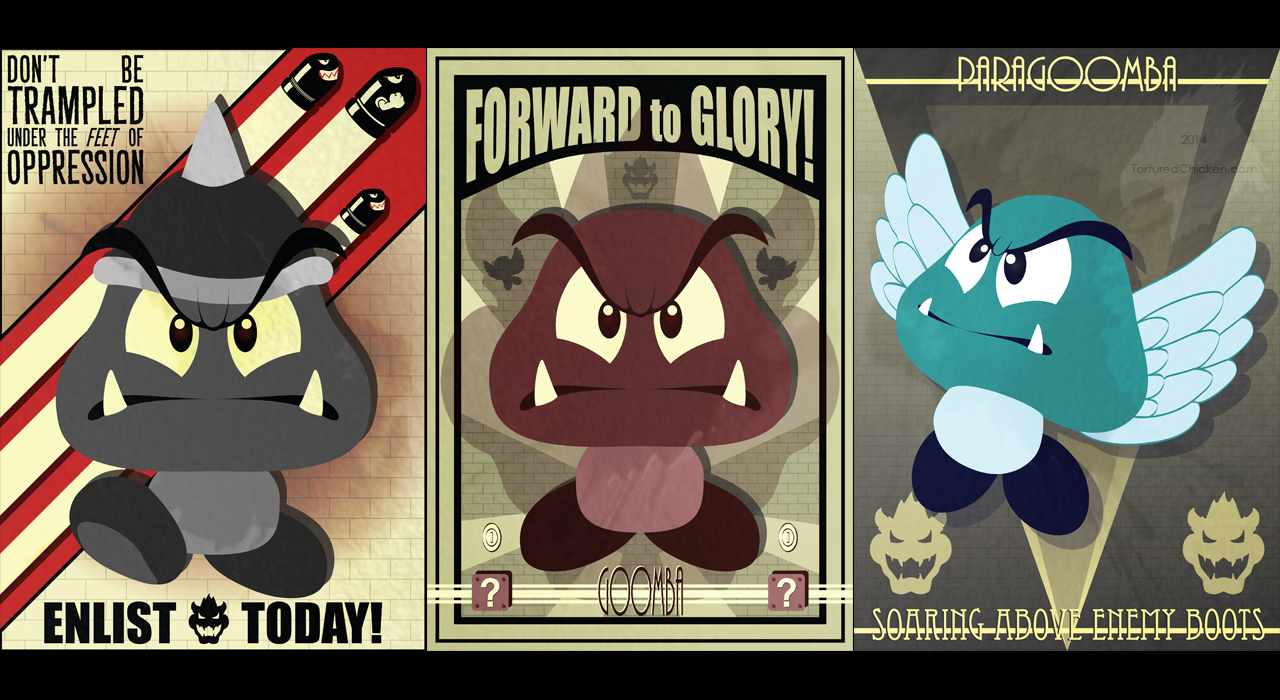 Raster textures were added to the three main posters once they were completed and had been successfully exported in a non-vector format. 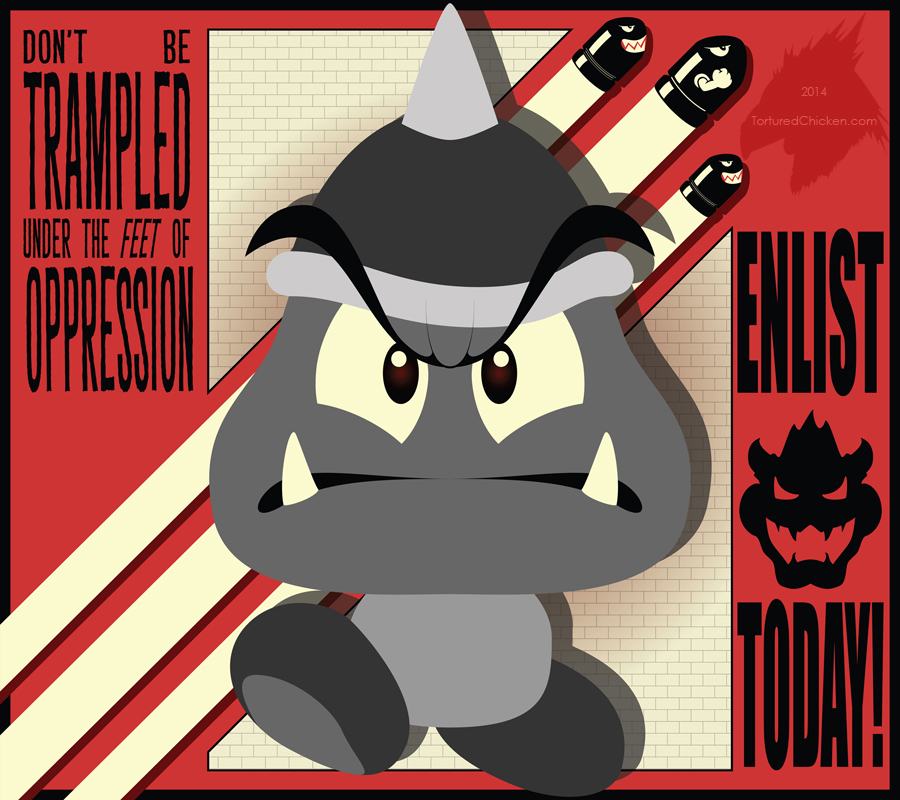 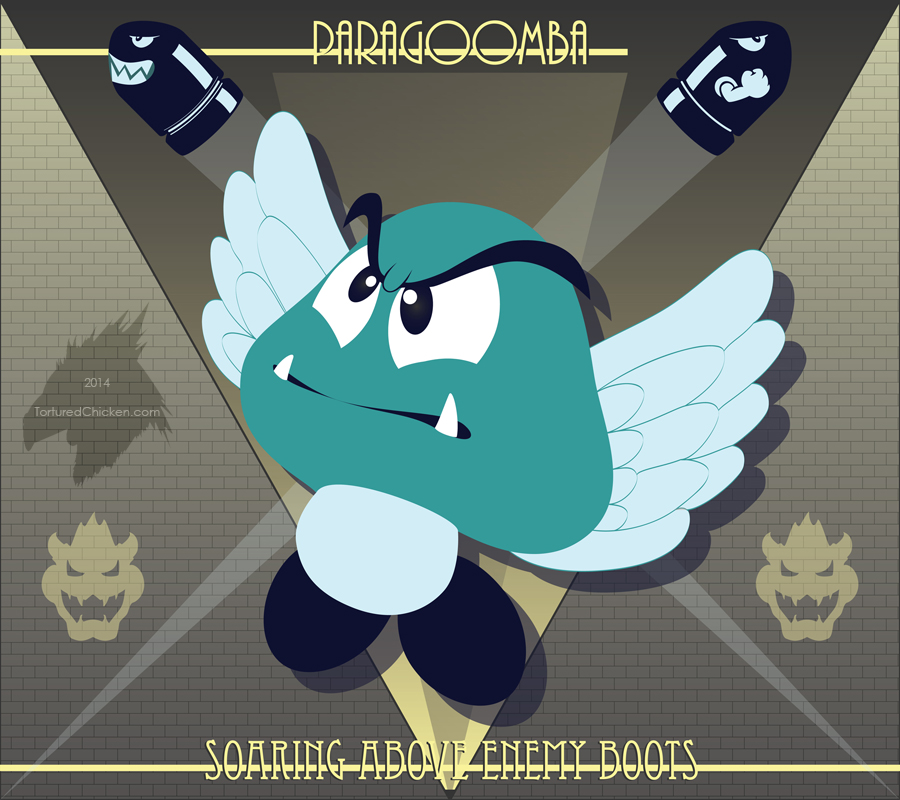 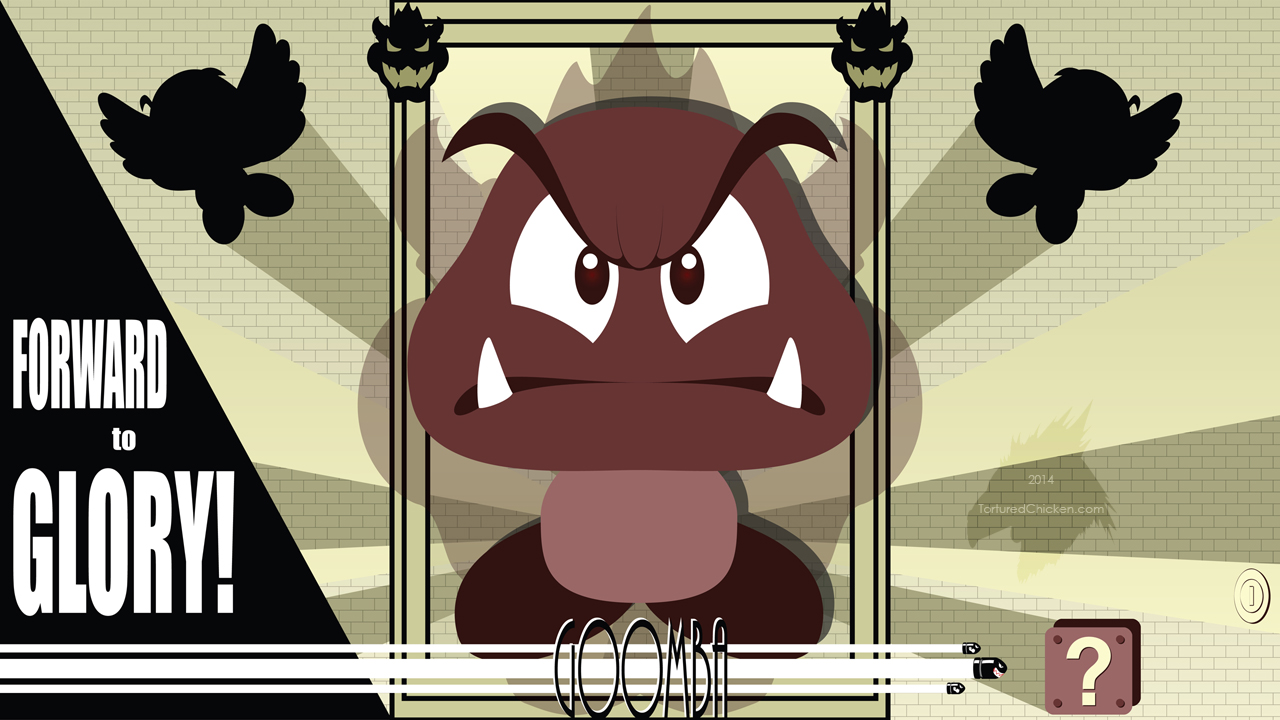 There are other little things in the images, like Bullet Bills and silhouettes of Bowser’s face, to give an impression of enlisting for King Koopa’s army. 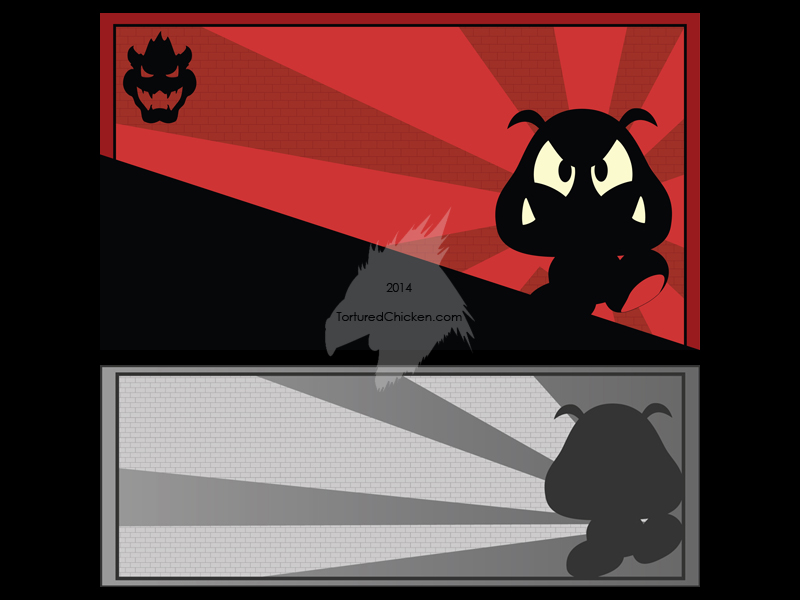 Perhaps there is a war brewing in the Mushroom Kingdom?

A fun project, to be sure, and while it was a gift, I’m glad to have finally knuckled down and gotten it out there after mulling it over on and off for those few years in between.