It’s barely even spring and the weather is warming up already. Way to get ahead of yourself, seasons.

Fill up your ice trays, put the soda water and lime juice in the fridge, and the vodka in the freezer- assuming you have a standard domestic freezer set somewhere in the vicinity of -23°C to -18°C (the freezing point of 80 proof vodka being around -27°C), the trick is getting each liquid as cold as possible without actually freezing- excluding the ice cubes of course (fully frozen beverages would just be a pain to get out of their respective bottles).

What you want is a combination of vodka and ice cold enough to freeze the cordial and soda into a slushie-like consistency. 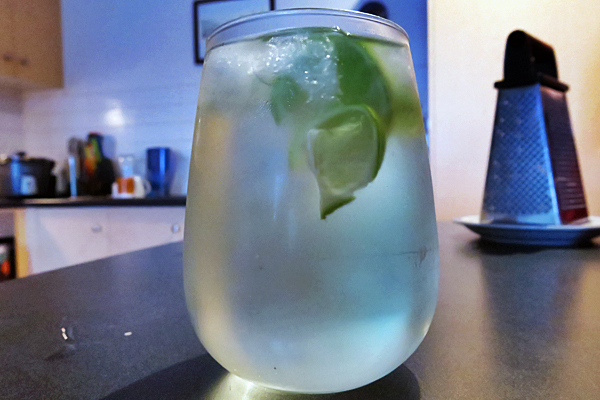 Dance it up with flavoured vodka or gin or whatever, maybe throw in some crushed mint or fruit, I don’t own you. Just remember to ask your parents first if you’re under the legal drinking age. 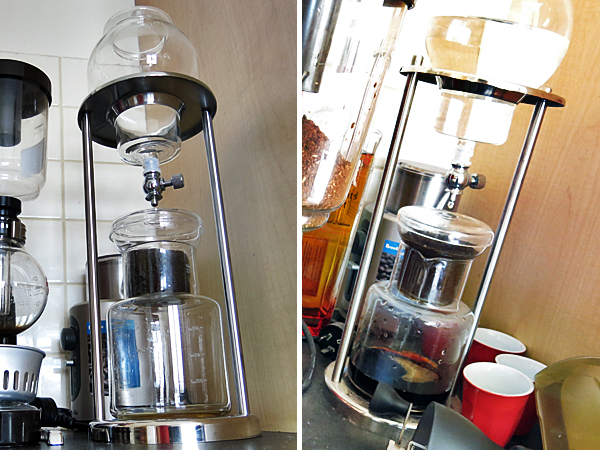 Ice water goes in the top, drips to the coffee grind in the centre, and from there down to the jug below, which can be removed and stored in the refrigerator once all the water has dripped through.

Don’t have a drip? You can brew coffee grind in a jug using those teabags I discussed that one time or in a plunger, just measure out how much coffee you want, pour the water over, and set in the fridge for at least 4-6 hours.

Cold drip coffee tends to take 6-12 hours depending on how you’ve got it set up (some as little as 2 hours, it can depend on taste and experimentation), so doing it before bed generally means it’ll be ready when you wake up.

It’s less acidic than hot coffee, doesn’t contain as much caffeine, and you don’t have to wait for it to cool when preparing an iced beverage!

A favourite way my father showed me is to combine the cold coffee with soda water, 50/50 is about as far as you can dilute it before the flavour becomes too weak, but I personally prefer more coffee in mine, say about 70/30.

Fizzy coffee, get it in you.

Another way is to have with cold milk and ice; I’m not a fan of cows milk but find almond milk quite delicious and it’s really nice to have the cold coffee with milk-ice-blocks instead of water-ice-blocks. That way rather than melting ice diluting the beverage, you get the milky flavour.

Lastly, have your cold coffee and soda water with vodka. Or just cold coffee and vodka, screw soda water or milk or whatever, we just want caffeine and alcohol. They cancel each other out I promise you won’t get drunk or wired at all. Coffee slushie. Experiment with cola and lemonade, I haven’t gone there yet because those are not beverages I particularly enjoy but you might! Also don’t underestimate the possibilities of Kahlúa or Baileys and the like.

Or, you know, as an ingredient for milkshakes, smoothies, baking, whatever. But to which ingredient do I refer? The coffee, soda, or alcohol? Well friends, that’s really up to you. 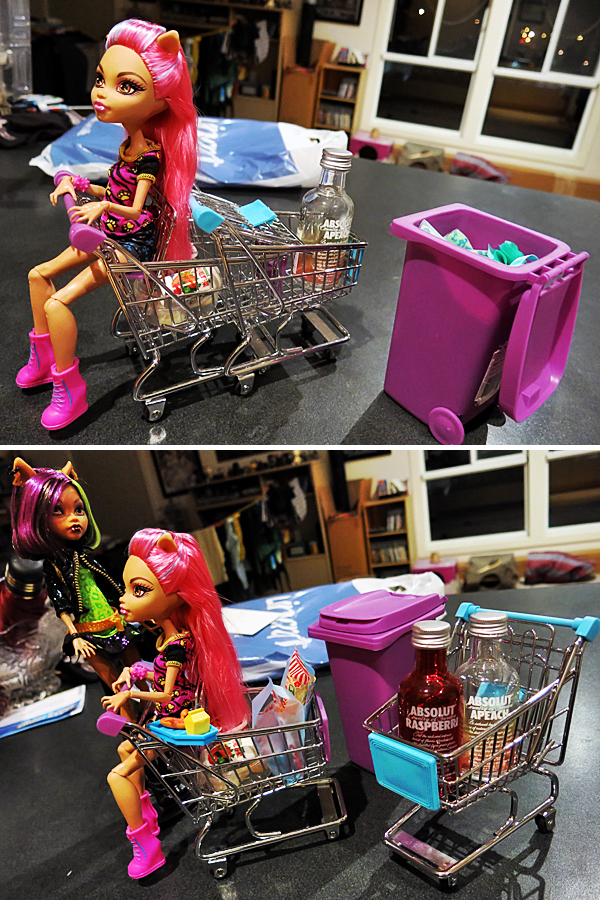 Important news: Tiny shopping trolleys and wheelie bins from the stationery section in K-Mart for $5 and $1 respectively. Fill them with tiny vodka bottles instead of stationary.

Aren’t I supposed to not have caffeine ever? Yes and no, it’s a complicated situation which basically comes down to: I realised I like caffeine more than I like not being sick.