A few weeks ago I wrapped my co-pilot in cling film, kind of like a re-enactment of Ulrich Haarbürste’s Roy Orbison fanfictions; 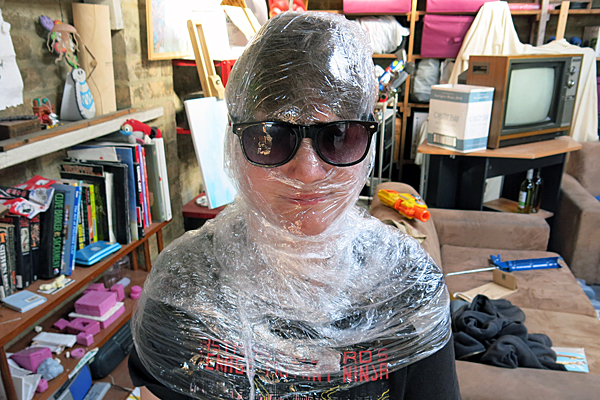 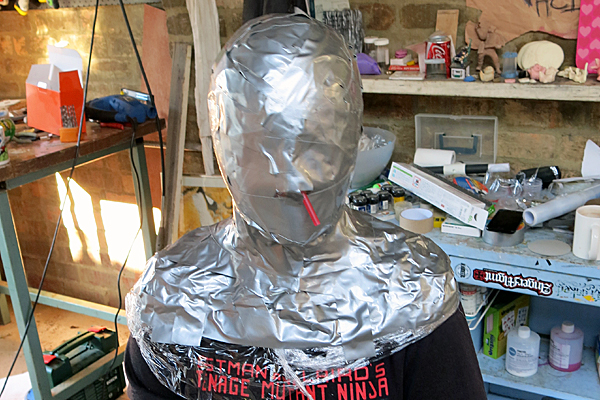 It is a fairly simple and inexpensive method to make a mould of a person’s head and shoulders. Or, in fact, any body part, really, even an entire body, depending on resources and imagination.

Though in many cases it is helpful to have somebody else on hand to do the wrapping and cutting. 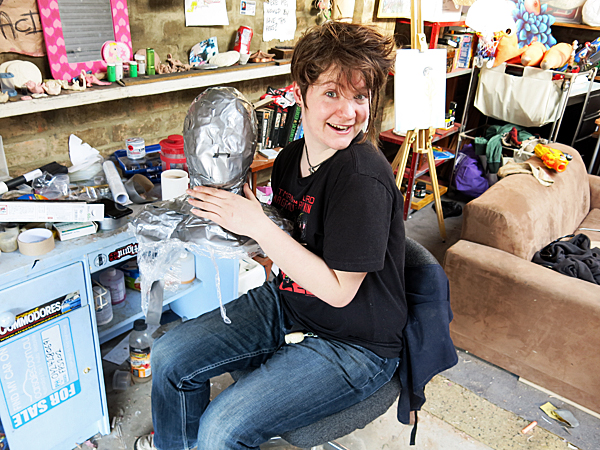 MaEmon with a finished duct-tape mannequin.

Side note: this is probably not so good for claustrophobic types, as it does involve some degree of physical restriction and sensory deprivation.

A couple of weeks later MaEmon returned the favour for me.

A few layers of cling film go on first so the tape isn’t sticking to skin, hair, or clothing. 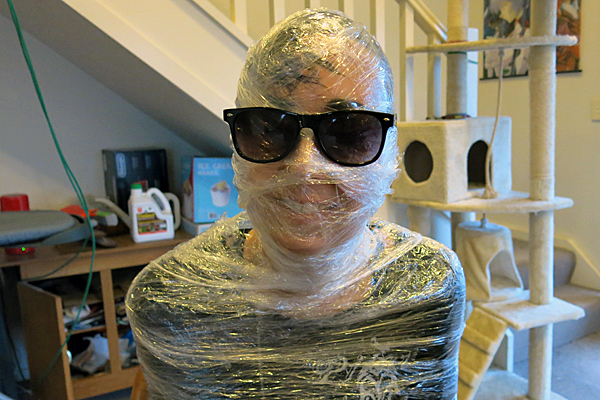 Then wrap around the cling film with duct tape- remembering to leave holes over the nose and/or mouth for breathing; using a straw or something can help here- as can a certain degree of trust in your partner. Sort out some kind of safe-word or sign beforehand, for if you’ve had enough and need to stop. Wait… We’re still talking about mannequins, right?!

When it feels stable enough (around 3 layers of tape) very carefully snip it off with bandage scissors (these have a flat side so you’re less likely to cause injury).

Remembering of course, that the adhesive on the tape may gum up the blades on the scissors, so perhaps get a few extra pairs rather than risk damaging something that is a part of your emergency home medical supply kit (which one assumes everybody has on hand). 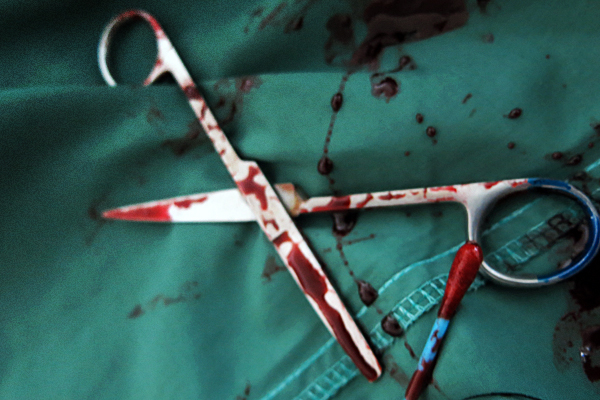 Making sure your scissors are clean first, of course. 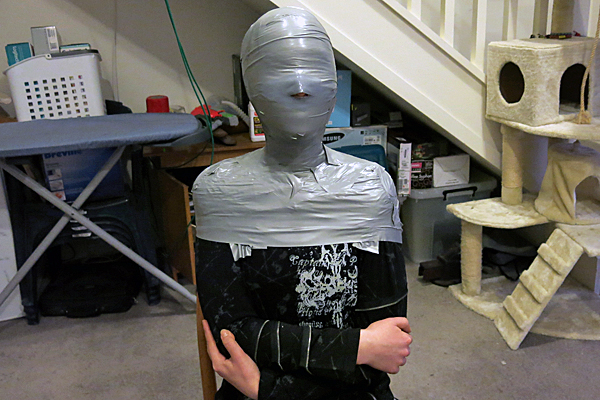 This is who I am now.

It can then be pieced back together with more tape, and either filled with something for stability, or else used as a mould to create something a little more solid.

Over the years I’ve helped create quite a few of these, but never been on the receiving end of one. Holding somebody else’s is not so bad. You don’t really think about it. It’s just a mannequin. An inanimate object. 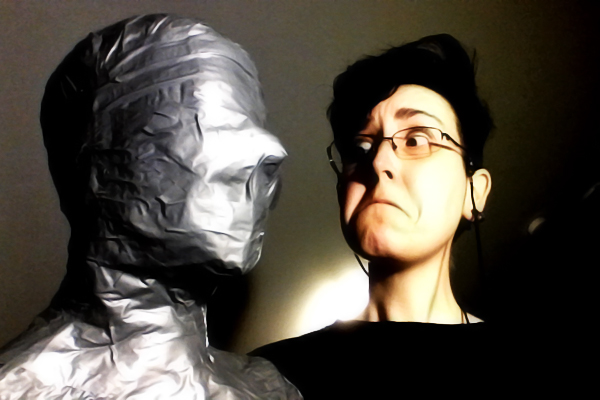 This makes me uneasy.

Holding your own on the other hand, is creepy as fuck. Maybe it’s just me, but I sort of have no concept for how big I am, so holding something that is a fairly accurate representation of myself is an incredibly bizarre experience.