So there was a big Windows update the computer bullied me into installing recently, you know the one, the one that said “all your files are exactly where you left them” when it was done, because that definitely isn’t the sort of thing somebody who just fucked around with all your files would say. 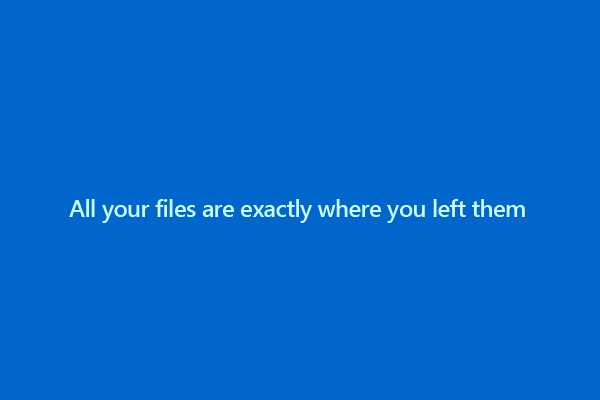 Not that I’m calling Windows a liar or anything.

So of course, using a laptop, the track-pad was switched back on and the drivers had to be reinstalled to turn the damn thing off again. Why? Every single time.

Then it became apparent that my preferred office software was not compatible with the update and also needed to be updated. Don’t even get me started on the Cintiq’s reaction to all this!

So, sure Windows, my files were exactly where I left them, it’s just that 80% of them didn’t damn well work any more.

But we’re back in order now so, grumbling over operating systems aside:

Somehow throughout the entirety of 2015 I missed the opportunity to cosplay either Evangelion or Back to the Future. No doubt the regrets will deepen as time passes by. Actually I did very little by the way of cosplay last year, not even attending a single convention.

So what the heck was I even doing all year?
Focusing on psychological health, apparently.

Sertraline continues to be a valuable ally in the management of my anxiety, though any claims of having a better handle on that whole sleeping thing were grossly exaggerated at best, and straight-up lies at worst. Deepest apologies go out to the long-suffering Tech Support.

Speaking of whom; while out walking in the morning of the 1st we noticed a feral rock pigeon attempting to enter a book store. Being a public holiday the store was closed, and as I made to inform the rather baffled columbidae of this fact, Tech Support grumbled out a frustrated: “I swear to god if you touch that fucking pigeon…” And it was exactly like the time he requested I stay out of the dumpster. Except not at all like that. Outside of the frustrated resignation I mean.

Anybody who is genuinely uncomfortable with a spot of impromptu pigeon-wrangling wouldn’t keep me in their house in the first place.

To be fair, after the tragic end which befell Toby Spuds (R.I.P, taken from us too soon) I had to, if somewhat reluctantly, agree that bringing a pigeon home was likely to end in tears, instead opting to part ways with our feathered friend in a nearby park.

Stepping back several hours prior to becoming acquainted with the aforementioned dove, it was December 31st of 2015, which meant attending the annual costume party. 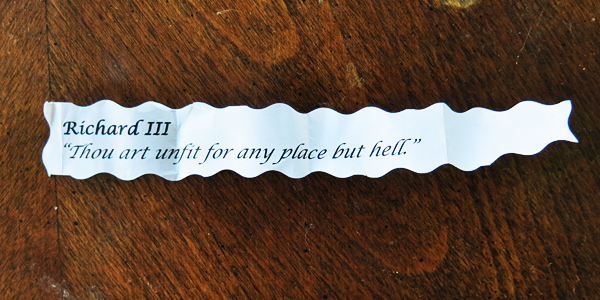 Richard III – “Thou art unfit for any place but hell.”

This time around there was a Shakespearian theme, complete with a box of quotes to use throughout the night, which mostly seemed to consist of humorous insults (hilarity ensued). 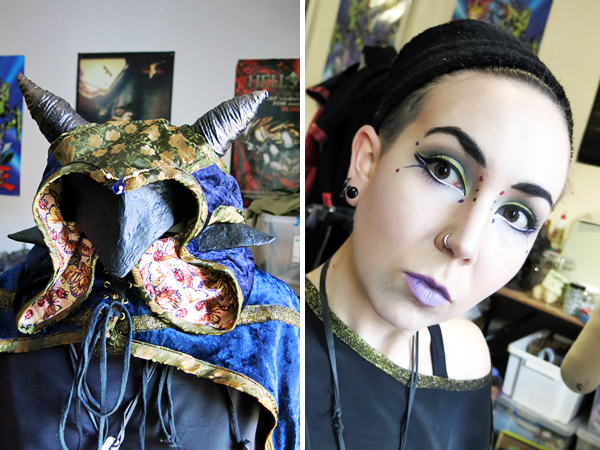 My costume of choice was a personal interpretation of the Faerie King, Oberon (think: A Midsummer Night’s Dream). 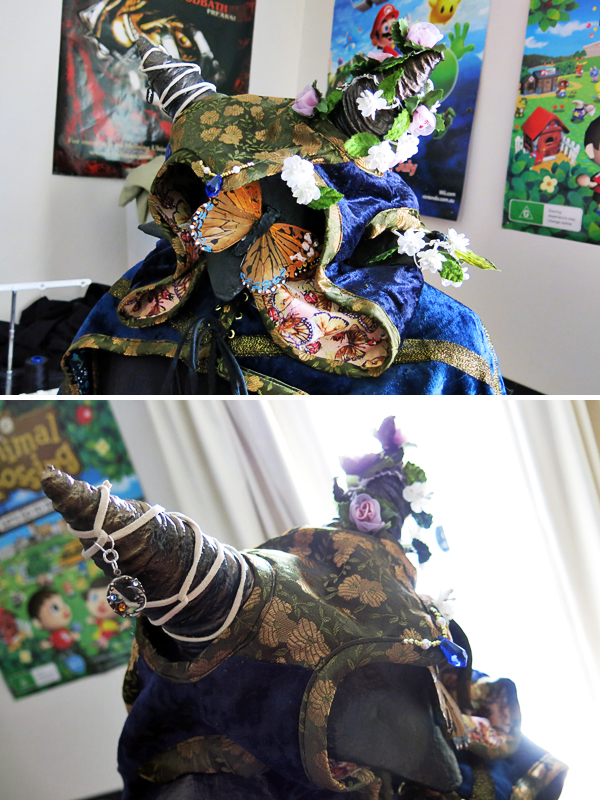 Unfortunately I was a little pressed for time (turns out fitting a hood to ears and horns is more complicated than anticipated) resulting in unfinished trousers, but tunic, cape and mask were good to go, with a simple pair of shorts pulled from the closet. 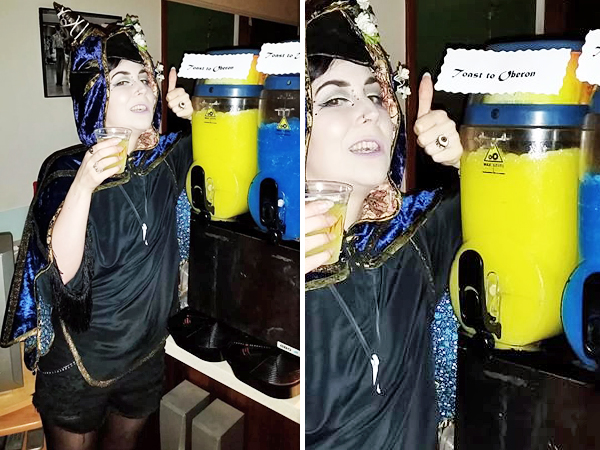 A toast to me!

Hopefully I’ll get the trousers done in the not-too-distant future and we can discuss the full construction process in more detail then. Maybe.

Which about wraps things up for today. 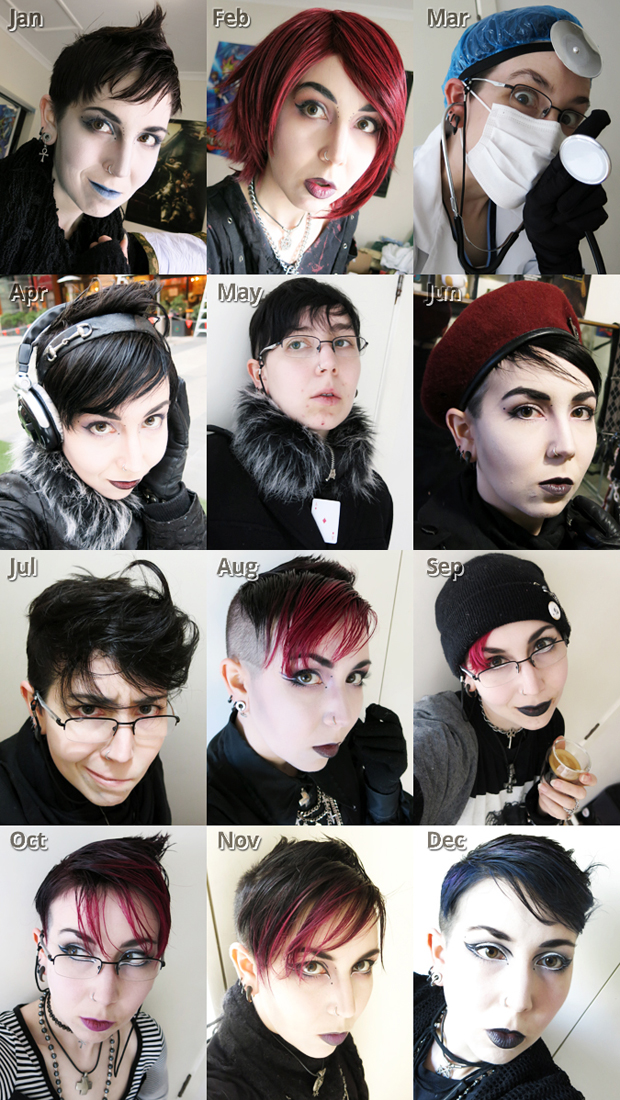 In case you’d missed how handsome I’ve been.