Recently I have captured what is, beyond any reasonable doubt, the greatest photograph I have ever taken and will ever take:

From here on out any continued attempt at existence on my part is a mere formality as I passively await Death’s tender embrace.

Now that’s out of the way; recently I have been learning how to live stream because… fuck knows. Looks fun? Reminds me of what I used to be prior to the full and comprehensive acquisition of Anxiety™? It is a mystery.

It started somewhat spontaneously, when I realised the Playstation 4 has streaming capabilities built in. No camera or microphone or anything that first day; just 9 hours of Heavy Rain and questioning why a hideously depressing story about child murder?! Is one of my top 5 favourite videogames ever. 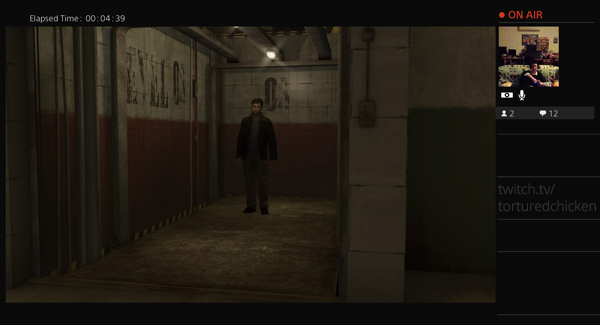 The first time I played Heavy Rain, back in 2010, I genuinely did not realise I was having a dangerously allergic reaction to codeine. Remember, kids: if your eyes suddenly turn yellow it is probably because your liver is shutting down!

Apparently my enablers family see no issue in encouraging this sort of behaviour as it seems I have since acquired a PS4 camera and one of those trashy Axent Wear headsets.
You know the ones. 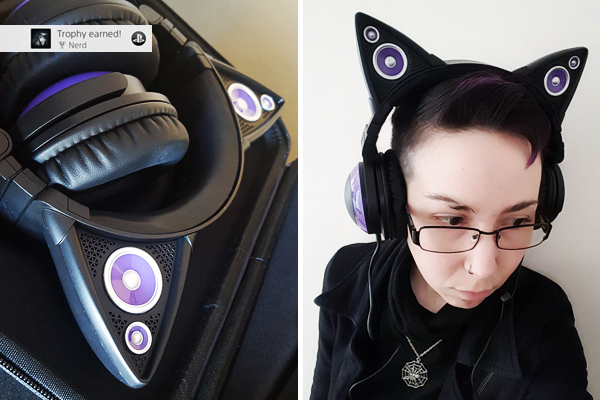 Brookstone Axent Wear: For when you’re a huge weeb but also a furry.

From there I set up OBS Studio on the PC and have been hosting art streams with the vague idea that running MS Paint on the Cintiq would be a fun low-energy way to make people unreasonably angry. 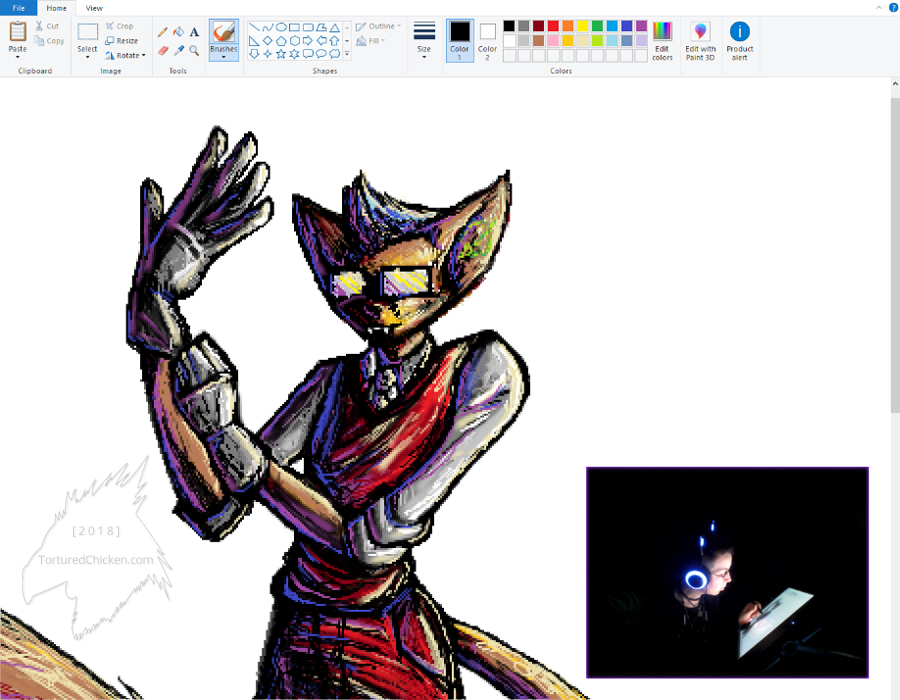 MS Paint is the real MVP and anybody who disagrees is a coward.

So far nobody has tried to fight me, but hey! It’s good to have goals, yeah?

The platform of choice has been Twitch, and I’ll usually slap a link up on Twitter or Facebook before going live.

Feel free to join me if you hate yourself enough to want to watch somebody else put themself through David Cage Hell instead of going outside and having life.