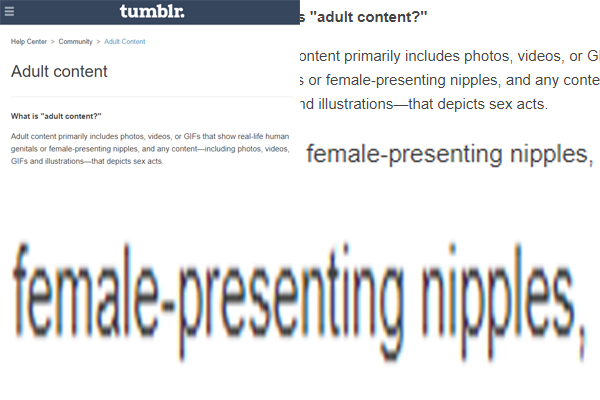 Speaking of nipples, I’m running semi-regular weeknight gaming streams on Twitch. It’s largely dependent on whether or not my busted arm can adequately handle a controller, but I’ll usually drop a link on on FB or something before going live if you’re into watching what basically amounts to the polar opposite of speedrunning.

Maybe there’s a market for me in the ASMR crowd? 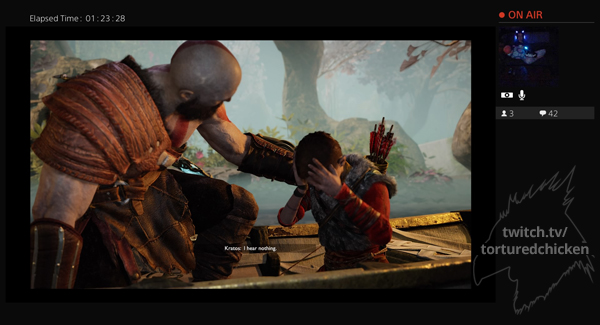 This game was still in its plastic when I started in November, despite having been purchased back in June.

“How, exactly, does this relate to nipples?” 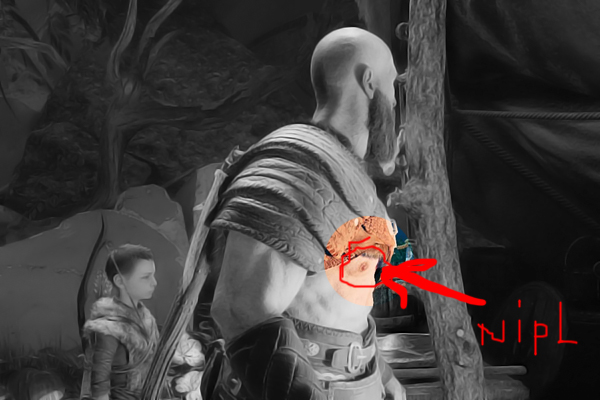 Do not worry, I am at least 78% sure his nipples are not “female-presenting” so the children can be saved yet!

Dude frequently has at least one (1) visible nipple.

Currently working through God of War on PS4 which, despite the framed God of War III poster hanging directly above the television in the living room, is actually my first playthrough in the series. Tech Support was a fan of the earlier games, though even he was surprised to learn that there’s something like 8 titles so far?! Tragically this means I cannot fully appreciate any of the Easter eggs. 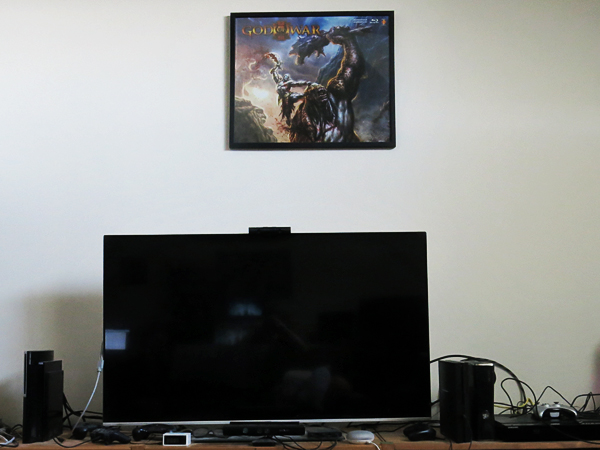 It sure has been staring me right in the face for the past 8 years. “It” being both of Kratos’ nipples.

What I can appreciate is my talkative son Atreus whom I love and support. Not to be high-key lonely or anything, but videogame companions? A+ 10/10. We’re not talking shitty escort missions here either; companions are helpful friends, not idiot babies. Resident Evil 0 knows what I’m about. Resident Evil 4 absofuckinglutely does not. Possibly a thematically weird example but it’s 2am and I’m here to commit.

Atreus will shoot enemies with arrows at range then beat their face in with his bow if they get too close. Honestly, what a champ. Love it when that li’l dude chokes out a huge monster while I dismember it with my axe. 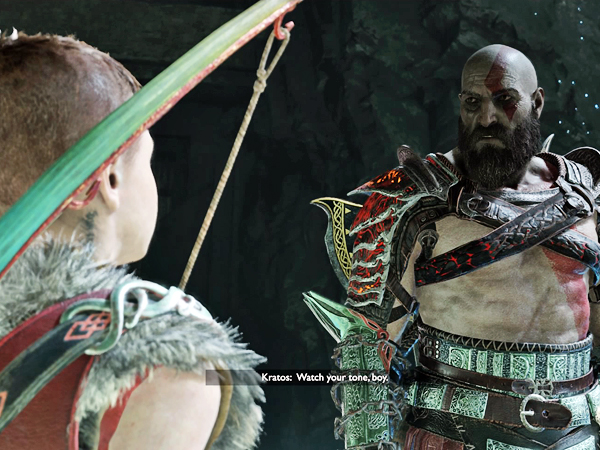 Early on I was having a good time smashing things when Atreus suggested: “Maybe we should stop desecrating a sacred temple and leave?” Which was the second time this year a videogame straightup murdered me in my own home.

Tech Support has the main GoW trilogy and I’m actually pretty tempted to give them a go. Perhaps I’ll even invest in a capture card of some sort to stream from the older consoles eventually?

But not right now.