Thanks for checking in, I know it’s been a while, the December meltdown hit right on schedule and was an absolutely devastating ride I did not want to be on.

Met my neighbour right in the middle of it too, poor dude definitely thinks I’m a fucking weirdo now. Like, he’s not wrong exactly, but still. Kind of a shame; he has what looks to be a pretty sweet gaming set up and a more socially competent person probably could’ve initiated some better small talk with that.

Hopefully 2019 will be better but it’s still summer and I’m still a ghost.

The year has started with a big clean out; Tech Support took over the messy room for a home office and my mess is now upstairs. It is also no longer a mess since it cannot be hidden by a door. Donating, dismantling, and throwing away so many things was weirdly emotional but I have a tendency toward hoarding and need to acknowledge, kicking and screaming, when things are no longer actively useful.

Do I grieve for inanimate objects?
Absolutely.

But reality is fake and emotions are irrelevant. Also Marie Kondo is super popular right now and as a collector her methods really appeal to me. Does having a bookcase with 500,000 zesty unicorns bring me joy? Absolutely. Does having that extra set of plates I’ve literally never used in the entire 9 years I’ve had them bring me joy? Absolutely not. So I thank the decorative plates and let them go, hopefully to somebody who can properly appreciate them.

Tumblr is still kicking if only because it still harbours this ripe level of fuckery which is strongly appealing from a purely voyeuristic standpoint. Maybe one day those cowards will ban me themselves for having nipples or something. It might be my inner delinquent talking, but getting banned always feels so much more accomplished than leaving of your own accord. 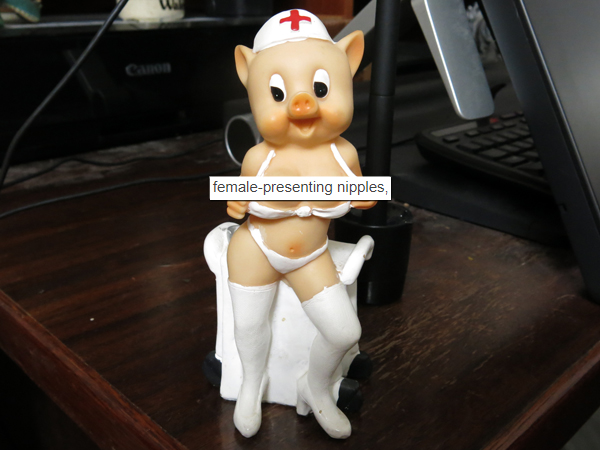 The best part is the apparent increase in pornbots since the NSFW ban. But that one photo of a lunchbox I posted 5 years ago? Blocked and illegal.

Moving forward it is also unlikely I will be taking costume commissions or design freelancing anymore. They say that if you do what you love you’ll never work a day in your life, but in my case it just made me hate my hobbies.

Will I ever not be anxious and neurotic? Unlikely, but it’d be nice to at least use a sewing machine without crying anymore.