Survived to December somehow. Can’t say the same for my Facebook page. The impact of capitalism on social media makes it very difficult to derive any joy from something that was originally set up as a hobby.

Looks like the end of year meltdown is going to hit right on schedule. Subverted it last year by pushing it up to August to coincide with Hobes’ death instead. Thinking about Hobes still makes me cry, which is just something I’m reluctantly existing with at this point.
(Hobes’ death alone makes 2020 far from my worst year, like, personally.)

Lockdowns and social distancing have worked effectively, so with the COVID-19 numbers as low as they’ve been recently many restrictions are tentatively beginning to ease up. In particular masks are no longer mandatory for outdoor use- which is going to be a struggle for me, ultimately I’ve decided that observing my face is a privilege and not a right so would strongly prefer to adopt mask use as a permanent fixture in my personal aesthetic.
In conjunction with that, as somebody who can’t fucking see, many people have been asking how I prevent my glasses from fogging up and the answer is… I don’t want to see your face every bit as much as I don’t want you to see mine.

Besides, have you seen the masks I’ve been making?! 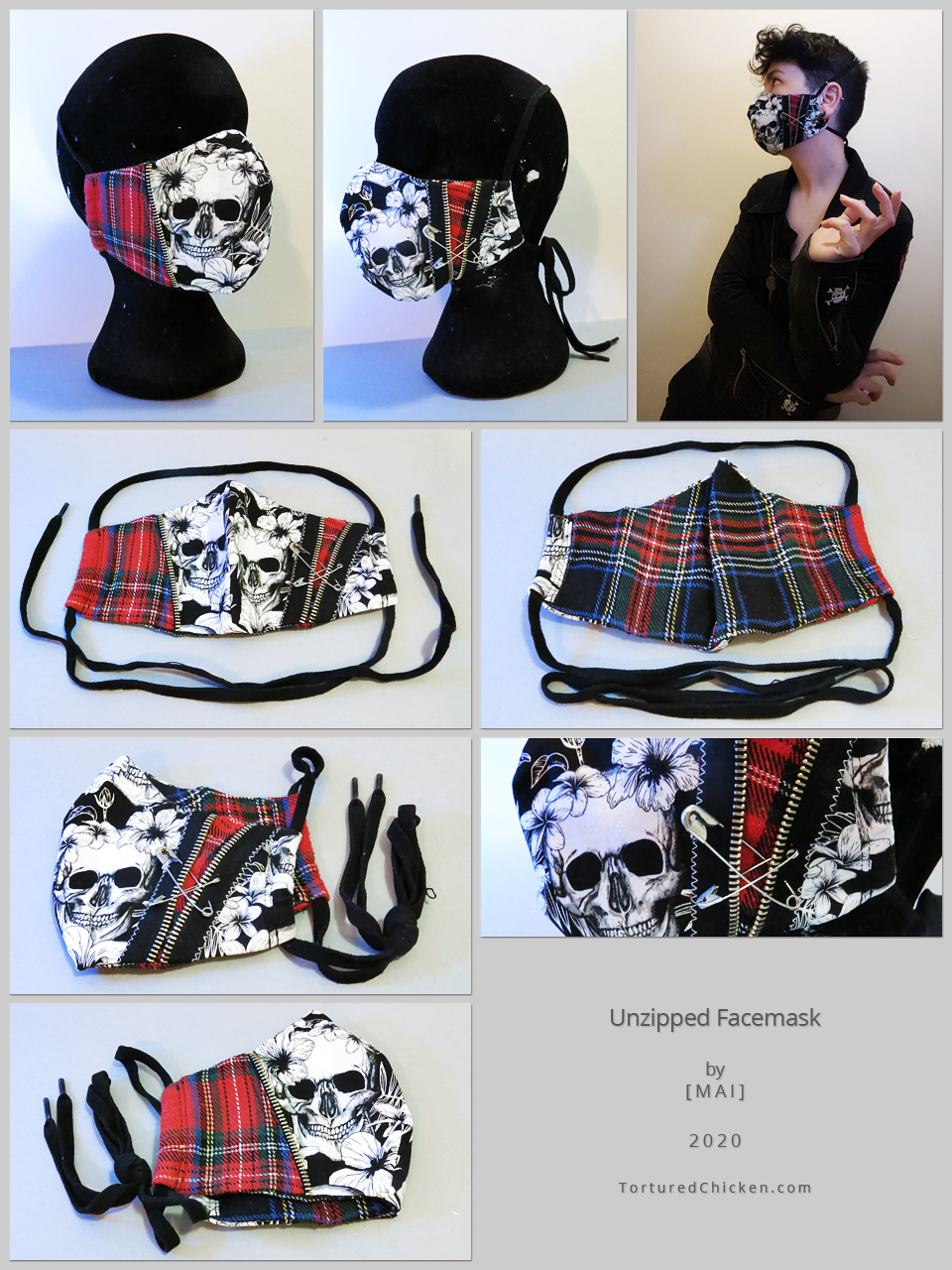 Why would you look at my face when you could be looking at this edgelord aesthetic instead?!

Simply have not been this motivated to sew since like… ??? Since I was studying maybe?
It’s still hard to do things for their own sake, but as I’ve stated many times this year: pandemic lockdown is kind of my ideal lifestyle. Personal hygiene, avoiding people, and edgy masks are all social responsibilities I take very seriously.

It’s been about 10 months since I stared T. Around the 6 month point I re-took one of my favourite selfies from 2014 as a kind of celebratory comparison. 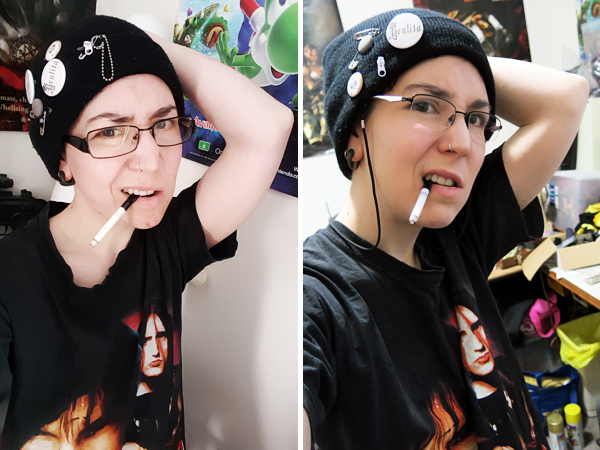 Turns out I look more or less the same except the neckline on that T-shirt is way stretched out these days. 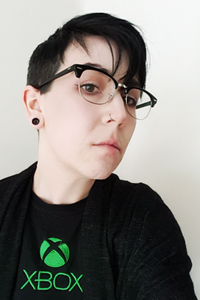 The optical technician said that I look “very cool” when he was fitting them.

It’s been 50/50 for a pretty long time as to whether people refer to me as “he” or “she”.
Less frequently people will default to “they” instead.
A particularly humorous exchange at work had a customer asking her friend if they could: “Please pass that to the young- uh…[brief moment of visible distress] p e r s o n…? behind the counter?” Which is largely the sort of benign ambiguity I thrive on.

For many years I’ve compromised with myself that it doesn’t really matter what people call me because their experience of reality is different to mine and, for the most part, nobody is being deliberately malicious.

Then we went into stage 4 lockdown for longer than anticipated and with a new pair of glasses on my face maybe a part of me developed the idea that I’d pass better with strangers after society came back?
Ultimately that has not been the case, and maybe a sizeable part of why I’m so reluctant to interact with society in general is knowing that it doesn’t see me the way I see myself?

Your experience of reality is different to mine and I’m just out here desperately trying to piece them together into something more cohesively aligned.

But when I start getting existential that generally means it’s time to go.