Recently I have been able to obtain a little toaster fellow who is not actually a toaster at all but a USB sort of device into which hard disks may be plugged for external ease of access. 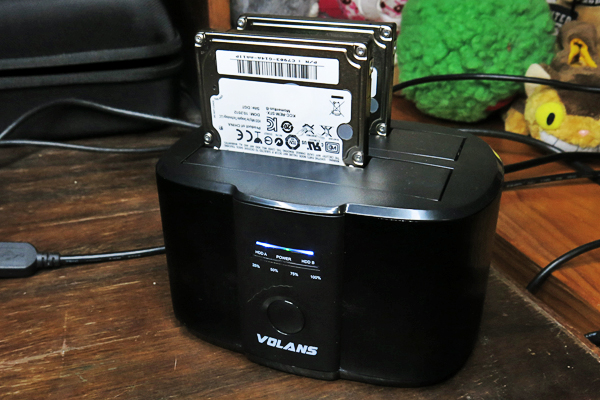 It took a bit of fussing around; firstly in figuring out how to even get the hard disks out of the dead ASUS at all, they were   T H O R O U G H L Y   bolted in there. Then the regular sort of incompetency I tend to be faced with where one (1) disk was accessible no problem, but the other (more important, of course) was not accessible at all.

The main concern being the thing which blew out the motherboard in the ASUS was probably* a faulty power supply from an old USB hub- meaning that the closer hard disk to that port may have also been damaged.

Whether or not that is a thing that can actually happen? Who knows.

One time, as a small unsupervised child, I deliberately and specifically stuck a pair of scissors into a wall socket just to ensure that the fears and warnings of the adults around me were justified. Luckily for everybody the handles on those scissors were not conductive and I was able to quickly remove them without injury before burning the house down.

Point is: Sometimes I’m better off not knowing.

Several texts to my dad later I decided we can’t be friends anymore for reasons that have absolutely nothing at all to do with either my basic reading comprehension nor rudimentary mathematical capabilities. 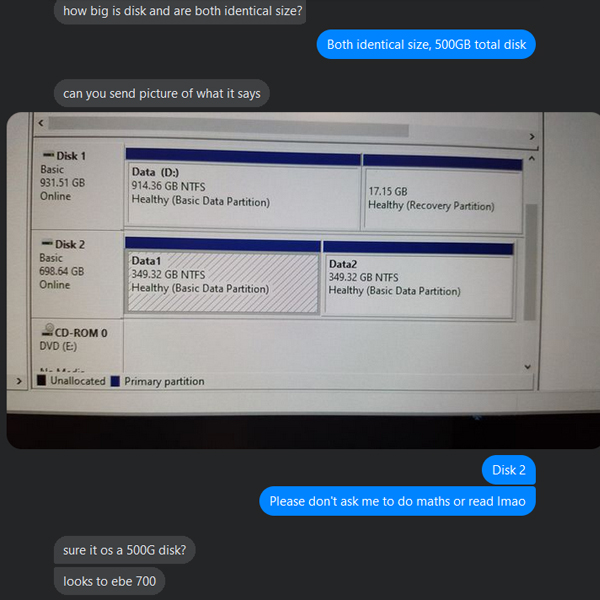 How does it feel knowing you raised a himbo?

The internet kept saying to reformat it to gain access, but losing the contents was the actual opposite of what I was trying to achieve and, ultimately, the issue was, get this:

It needed a Name™.

How does it feel knowing my computer is a himbo?

With great relief all of the personal files from the ASUS appear to have been transferred successfully to the MSI and are in functional order.

After that there was another short panic where I wasn’t sure if I’d thrown out my obsolete design software and keys while depression cleaning a few years back. But they were all accounted for in a nondescript cardboard box under the television- which means I can show you how silly the keyboard on the MSI is now: 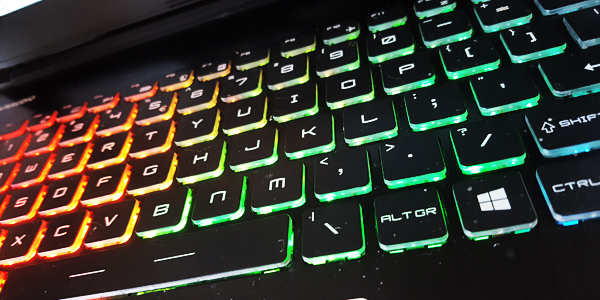 Am I feeling better? It’s… complicated. This all still feels like a distraction (from what? The futility of being alive? Isn’t literally everything a distraction from that?) and I still feel like a burden on society; but I certainly don’t feel any worse and absolutely appreciate being able to assimilate this little guy into my modest hive of technological codependency.

Will I start keeping backups now? Absolutely not! Existence is transient, none of us are getting out of this alive, sabotage yourself for the adrenaline and remember how little you matter in the scheme of it all. Live a little.

*Read: Definitely, it made a horrible cracking sound and everything.