The final leg of my Pregabalin tapering schedule was 25mg every second day, landing the final dose on Monday the 3rd of January.

In an unprecedented feat of emotional stability, of which I am inclined to accredit the overall lack of anti-convulsants:

The month of December was entirely devoid of inconsolable crying!

Don’t get me wrong, the financial strain of existing under feudal-capitalism looms, as ever, but they’ll never take me alive.
Not in this economy.
Not while COVID-19 is here to fuck around and find out.

During small moments, when the overwhelming despair of being alive is drowned out by what few spoils of capitalism minimum wage can afford me, I collect toys.

Most people who know me know I can’t pass up a My Little Pony, which I’ve collected on-and-off for my entire life, but is by no means the only brightly coloured lump of plastic I’ll spend several consecutive hours arranging on a shelf, no sir!

Ninja Turtles are another favourite and, while not as expansive as my fine selection of neon unicorns, it isn’t exactly a secret that I’ve got a soft spot for Donatello.

Not gonna lie, my bias largely stems from use of the colour purple.

So, mid last year, in an increasingly desperate bid to claw my way from what it turns out was an anti-convulsant laden void of despair, I purchased a Donatello action figure. A nice articulated one with a slice of pizza, in the classic Saturday morning cartoon style, like my brother and I used to watch together back in the 90’s, because the rosy hues of nostalgia may not have cured my depression yet but what could one more try hurt? 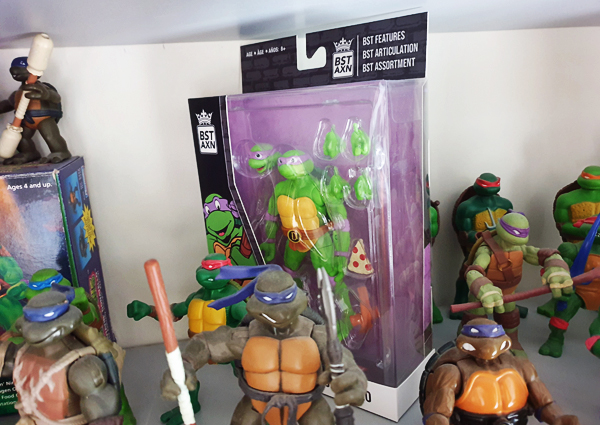 Respect where respect is due, but I’m not the sort of collector who has either the self-control to leave things boxed, nor the space to hoard doubles for that purpose. This is not about gambling on the potential of long-term investment gains. Part of the joy for me is in the unboxing process, what can I say? It is a toy and I would like to play with it. 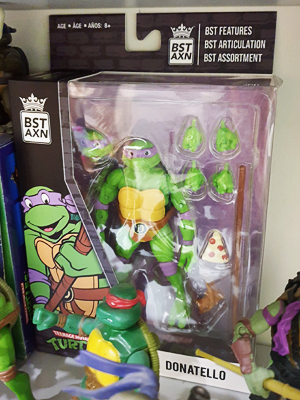 Sometimes I don’t open it right away, because I… look. I’m not super well suited to the job I find myself in, okay? It’s a crappy situation and it helps to have something, however small or trivial, just something to look forward to at the end of the day. To come home knowing there’s a toy and I can open it and clear a spot on the shelf for it and maybe take some photographs.

It’s a small thing, but it’s something overwhelmingly tangible to look forward to.

So last year, when we were exiting that lockdown, and I was so desperately incapacitated by the expectations of human interactions, which devastate my functionality- even without a literal pandemic- and are a core component of why I am so fundamentally unsuited to my day-job:
I pulled out Donatello, still in his box, and looked.

I’d never been so apathetic to something I know I like in my entire life.

Going through the motions of being alive is one thing, but even in the state I was in it was clear something had gone terribly wrong. At the very least I’d ordinarily have the decency to struggle with the guilt of “wasting time” by engaging with a hobby for its own sake rather than being productive by actively generating profits, you know?

Sticking out the 75mg prescription until all the repeats ran out before tapering off was a pretty dumb idea in hindsight, but I… am admittedly uncertain about what the protocol is if you don’t finish a prescription. Put it in the bin? Leave it in the cabinet and ignore it? When the diclofenac fucked up my stomach I returned what was left to the pharmacy figuring they’d know how to dispose of medication, and the same thing probably should’ve been done with the pregabalin.

But this whole conversation is largely about how it prevented me from thinking, so intelligent choices were kind of out of the question.

On the 5th of January 2022, two days after final dose, as a celebration of successfully completing the taper schedule, I opened Donatello and had a great time. 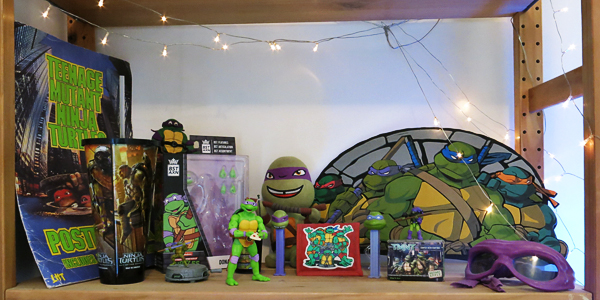 Things I didn’t expect to literally owe my life to: Donatello from Teenage Mutant Ninja Turtles.

The universe has no more stake in my life than I have for the life of any individual of the bacteria lining my gastro-intestinal tract. 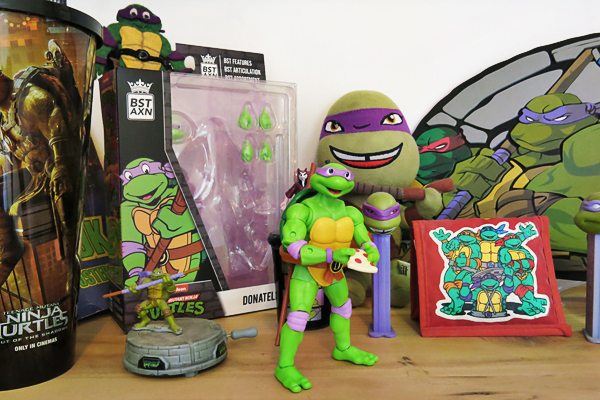 But for a fleeting moment in time?
It’s 1994, I’m 6 years old, and existential dread is replaced by the joy of holding a neat plastic turtle. 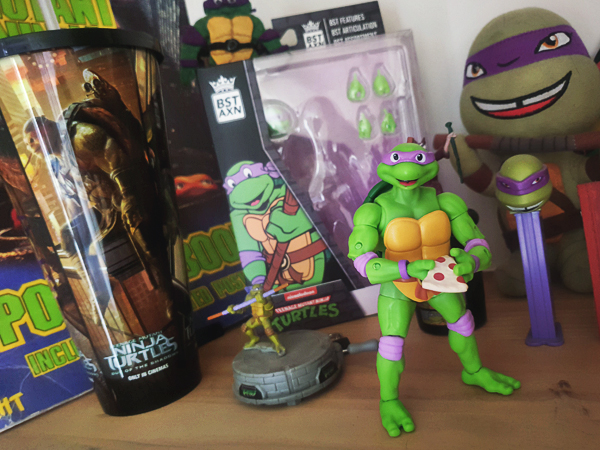 Even the pizza is relevant, but that’s a conversation for another day.

Thanks for stopping by.