Hey, so, uh… Not really sure how to start this one…?

Did you know I can’t ingest caffeine? I mean, I can (obviously, I could ingest a lot of things if I wanted to) but the results of doing so are less than enjoyable and could potentially prove lethal, so it’s in my best interest not to do so.
The fun part is working out exactly how much of that is an exaggeration.

Unfortunately this creates a severe limitation for “fun” beverages (at least in situations where hard liquor is not appropriate).

What exactly constitutes a “fun” beverage, I hear you ask?

Well, that’s a beverage which is enjoyable in social circumstances. Coffee is fun. Hot chocolate is fun. Alcohol is fun (in moderation, kids, hangovers and cirrhosis are not fun).

“Oh, then tea! Tea is also fun! Why don’t you drink herbal tea or whatever the fuck they call it… tisane? Is that it? Drink that.” No. Fuck you.

While tea is no doubt the go to fun beverage for many people (particularly black and green varieties- both of which are loaded with caffeine) herbal tisane is consistently disappointing and unfulfilling.

What we need to remember is two things:

So it became a mission of sorts, to discover new beverages in order to fill a void that used to be filled with 10+ shots of espresso every day (not gonna lie, I am well aware that a rampant unchecked caffeine dependency is probably what caused this problem in the first place).

Most people don’t understand the issue with herbal tea when I try to explain it to them, and the more well meaning folk suggest alternatives such as dandelion tea. In fact that’s pretty much the only alternative people have suggested because most people have’t gotten to the point where they’ve physically overdosed on caffeine and done permanent damage to their bodies, so it’s kind of irrelevant to them and I shouldn’t be surprised.

You can get dandelion tea three ways- loose grind, teabags, or as an instant powder beverage loaded with sugar. The loose grind and teabags are both the same thing, but one is in a bag and the other isn’t. Both of them taste like garden dirt. That’s not a joke or an insult, that’s just a straight up fact.

As for the instant beverage type? While it doesn’t taste like dirt, it is loaded with so much fucking sugar (likely in attempt to mask the earthy flavour) that it instead winds up tasting like a piping hot cup of muddy dextrose.

At least plain garden dirt doesn’t make my teeth want to hand in their resignation.

To take away the garden dirt flavour, while retaining the bitter flavour, without incorporating 12 gallons of sugar, I devised a scheme in which a jar of dandelion tea is combined with a packet of Raja’s Cup (another “coffee alternative” which could taste alright if it didn’t have a weirdly sweet after taste). 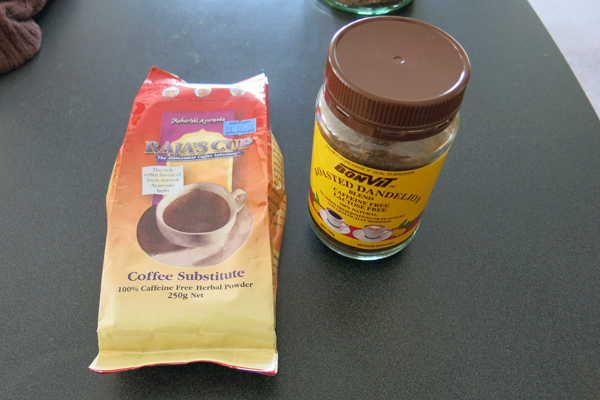 You just sort of… pour both contents into a big jar and give it a shake. Usually I’ll add two jars of the dandelion for one bag of Raja’s Cup, so you… I was about to say “you might want to experiment with adjusting the levels to taste” but this doesn’t actually taste good and unless you’re in a situation as desperate as mine you wouldn’t be conducting these bullshit experiments in the first place. 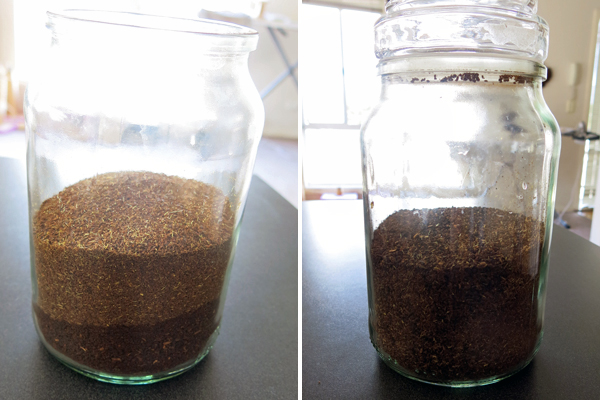 On the off chance you are in the same boat as me… uh… You’re welcome…? I guess…?

Once that’s done I prepare the mixture in one of those coffee-plunger-devices, usually opting for 3 teaspoons of dirt grind per cup, and leave it to brew for 5 or so minutes.

While it’s brewing I get a cup ready with a spoonful of Nestlé Ecco (an unsweetened instant beverage made of chicory and rye or something, which is actually pretty good just in straight up cold milk. Nestlé also do one called Caro which has exactly the same ingredients as Ecco but is more expensive by weight for reasons I am yet to determine). 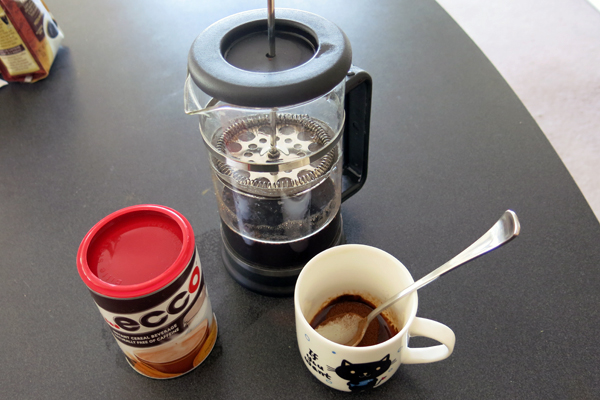 It doesn’t have to be Caro or Ecco though, there are a few other barley/chicory/rye based instant beverages around.

Then you just kind of… pour the stuff from the plunger into the mug, give it a stir and… drink it all down, yo. 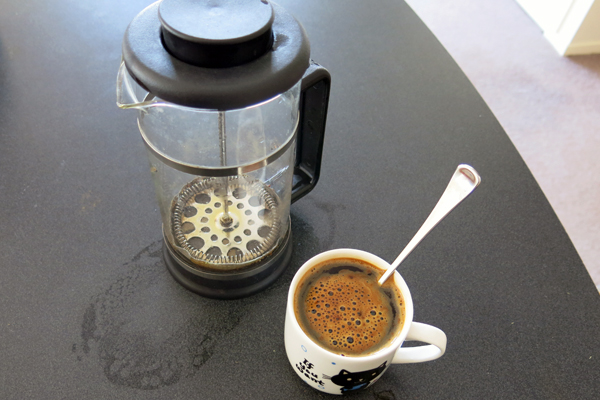 It’s very bitter and kind of gross, but it sure as fuck isn’t going to be “soothing” or “relaxing” anybody!

“So… why do you drink it?” … I don’t know? Making a point (says the guy who once “made a point” by not vacuuming for six years- they say that after four years you don’t notice the dust build up any more, turns out it’s closer to two, but I don’t know if it’s so much not noticing as it is not caring).

My Jaeger co-pilot once suggested that I don’t actually enjoy flavour, and I think she had a valid point, but am not sure that I possess the linguistic ability to adequately express what that point was.

If you do want something deprived of caffeine that does actually taste good, and have the time/money to be farting around in pretentious health food shops, might I suggest Teeccino? 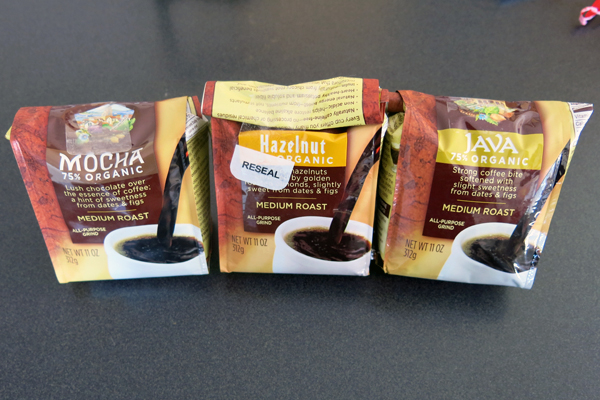 Tech Support brought these home for me and holy shit the hazelnut one is glorious!

They actually have a pretty robust flavour (just don’t pay attention to the advertising spiel that “it totally tastes like coffee I swear” because nothing outside of coffee tastes like coffee, believe me) and are something which isn’t a disappointment to drink, unlike most herbal tea, or that horrible dirt concoction detailed above which… yeah…

To celebrate this continued achievement Tech Support gifted me with a brand new mannequin, not to replace Betty of course, she’s been very good to me over the years, but as a partner to help out in situations where her slim waist and pointy boobs are a cumbersome nuisance. 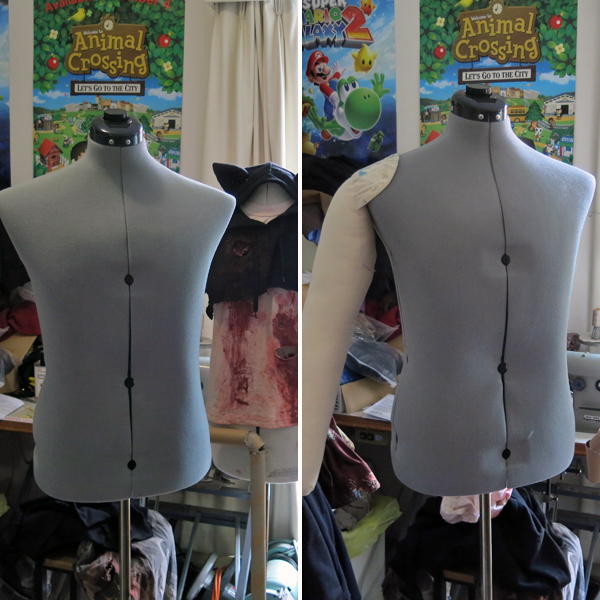 Don’t mind Betty in the background there, she’s just helping me get ready for the Zombie Shuffle in October. We’ll discuss it in more depth later.

His name is Rupert and Betty’s arm is way too small for him.

If you’re curious about the naming process; it relates to chickens: Betty is named after a chicken villager from Animal Crossing and Rupert is named after a pet rooster my mother had when I was in highschool.

Rupert was broken into his new job by displaying my tailoring project from 2009 (made alongside the Urban Leopard, who’s skirt is often seen lurking in messy-room photos, in case you’d been wondering what the “cage-thing” was for) which I never got around to taking photos of… until now: 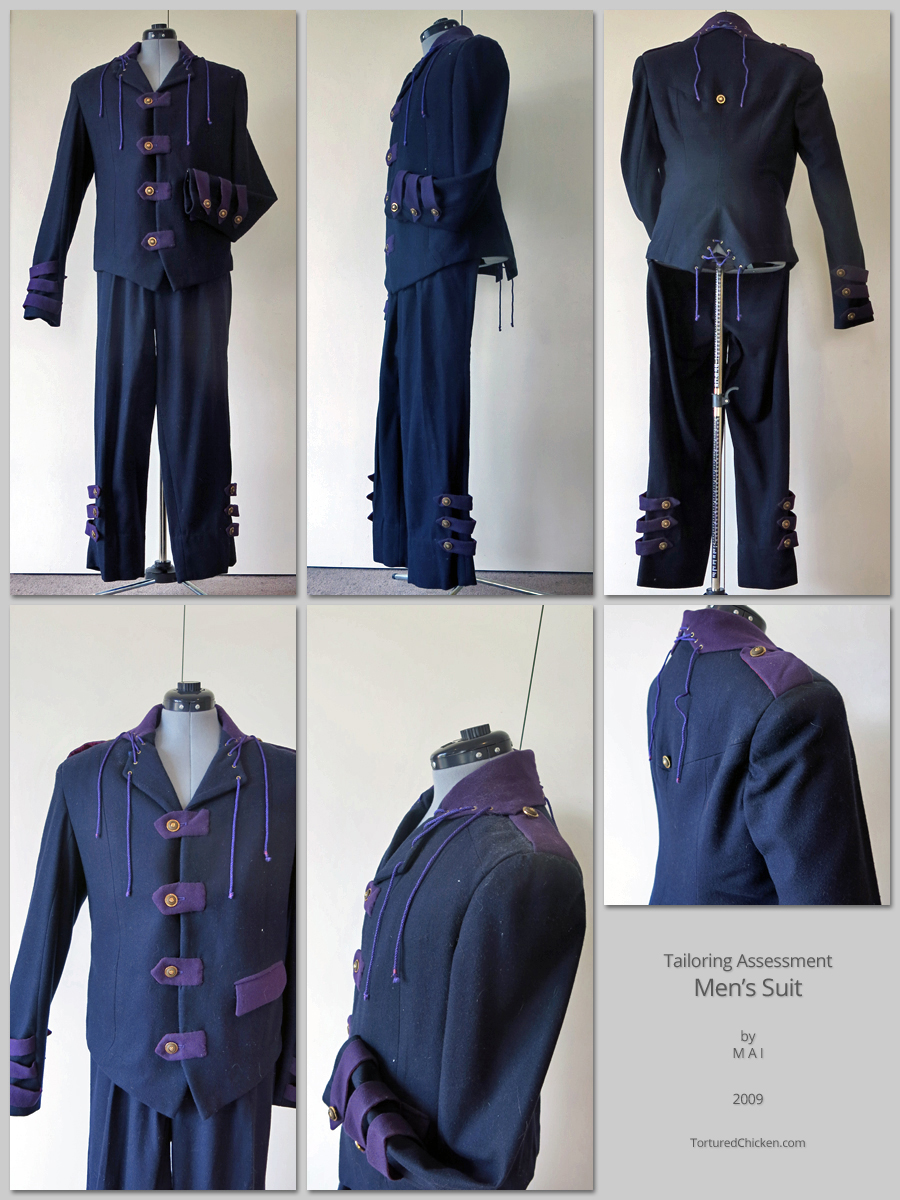 It was fitted to Tech Support but… there was a lot of anxiety with this project that I don’t want to go into right now. I’d sort of wanted to get pictures of Tech Support wearing it but by the time I could actually look at it again (some two years later) I was fairly certain it wouldn’t actually fit him properly any more- and it was certainly much too large for Betty.

Still, as much of a horror as that unassuming ensemble proved to be, it was one of those things for which hindsight has granted a great deal of perspective- without it I’d never have known how to tailor my Norman Jayden jacket, or make the RED Spy suit, or the Tintin suit (all of which are viewable on the Clothing, Costumes & Crafts page in the Gallery).