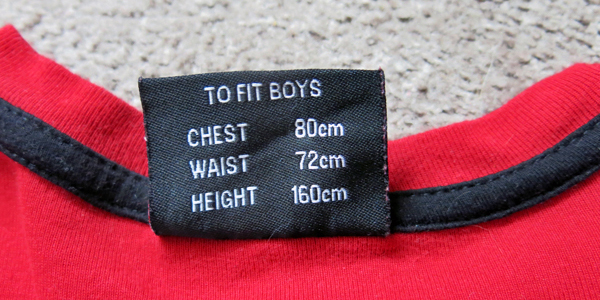 This is a metaphor.

Today we are beginning with a small art-dump: 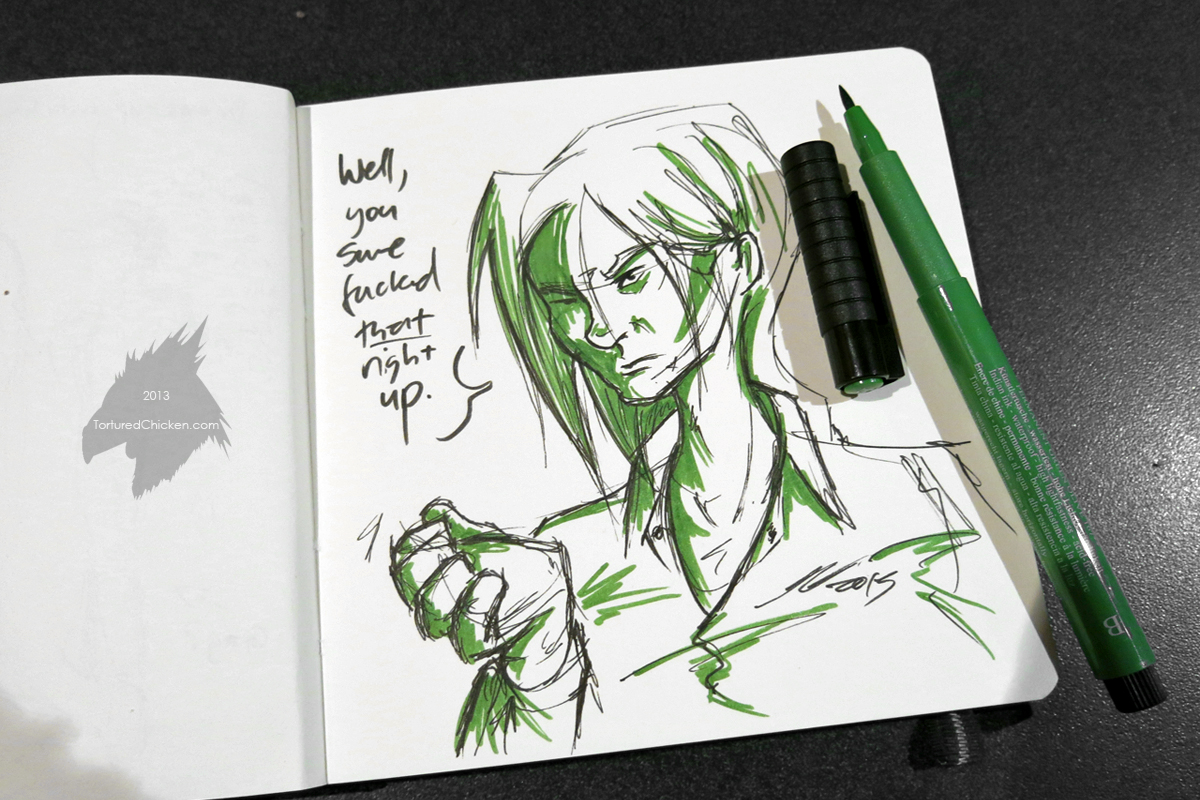 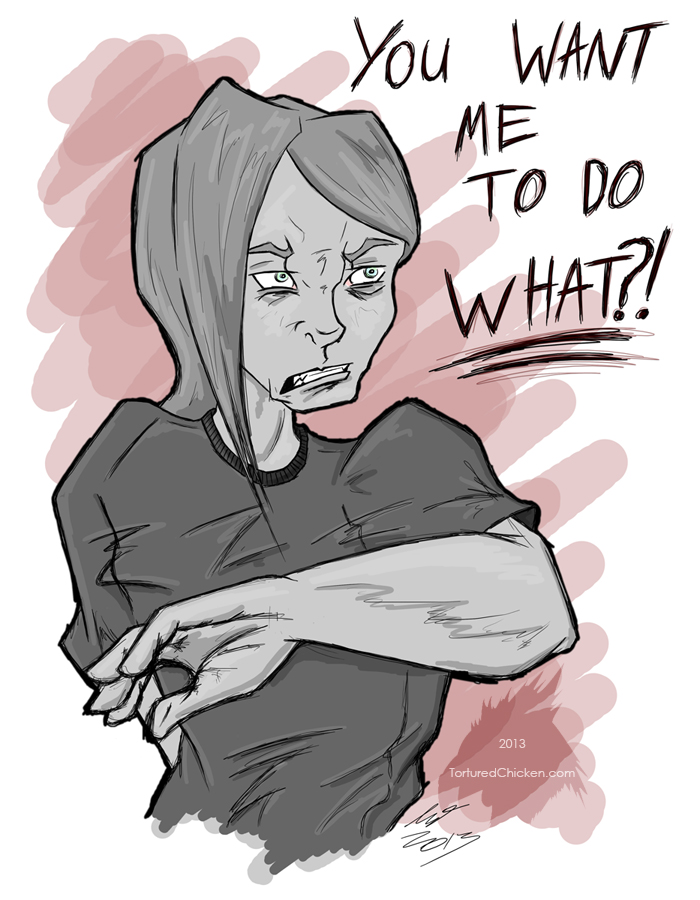 If you’re not understanding the whole green thing going on in day 27, head on over to YouTube and give this a watch. Day 28 may or may not be an accurate representation of the first time Khye was propositioned by a lizard. Nobody wants to see hemipenes. Or do they?!

Let’s pretend I’ve gotten better… Or at least that none of this has been a terrible waste of time.

Good news on the Halloween front, the Melbourne Zombie Shuffle has been confirmed for the 12th of October at 1pm, with a new starting location and shuffle route. The official Facebook event can be found over here if you’re interested in learning more.

Now that there’s a specific time and place I just need a volunteer to hold the camera.

Mesh style contact lenses will render me more or less blind on the day, but in terms of a handler making sure I don’t wander out in front of moving traffic, I’m covered. What I’d really love, though it’s marginally less important, is somebody to accompany my group and get photos of us. Make-up and blood on our hands makes it all but impossible to use most technology without running the risk of damaging it, also a lack of vision makes it difficult to utilise visual technology.

So, if you’re free for say… 4 or so hours on Saturday the 12th of October commencing at 1pm, are able to get to the CBD, and can handle a camera, please get in contact with me!

I will personally equip you with my trusty G15 and even a tripod if you’re into that.

I may even buy you lunch.

The only catch is that you have to take as many photos of our group as humanly possible- and they have to be visually legible. My one regret from previous zombie shuffles is not getting nearly enough photos of myself. Narcissistic bastard that I am.

Even if you’re not proficient with cameras, if you find yourself in Melbourne I can still highly recommend attending the event. Bring your friends. Bring your family. Heck, I’ve even seen people walking their zombie-dogs in amongst the shambling horde.

Come say hi, try not to get eaten. It’s an experience.

On the non-zombie costume front, I recently painted some socks. 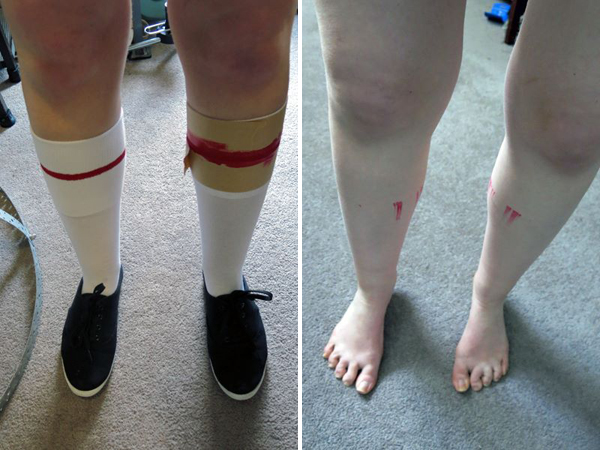 Also my legs a little bit. Try to ignore that one really mangled toe.

Being incompetent and kind of distracted, I usually opt to paint clothing while wearing it and track blood paint all through the house, much to the dismay of whoever has to clean the carpet (which, ironically enough, is also me).

In a recent moment of lucidity I realised that painting the toes on socks would not be… straightforward? That’s not the word I’m looking for. There may not actually be a word for exactly what I’m attempting to describe here. Is there a verb for awkward?

The reason for so often opting to wear clothing while painting it (or at least hanging it on a sufficiently proportioned mannequin) is that the paint may cause the fabric to shrink and distort as it dries. Wearing it, or, if you’re smart and don’t want to get paint everywhere, stuffing it with something of appropriate dimensions, prevents that from happening.

Being unable to walk on my hands alone, I knew something other than my feet would need to go inside the socks for the toes portion of the project.

All this talk of stuffing things inside socks and it isn’t even going to end with penis. 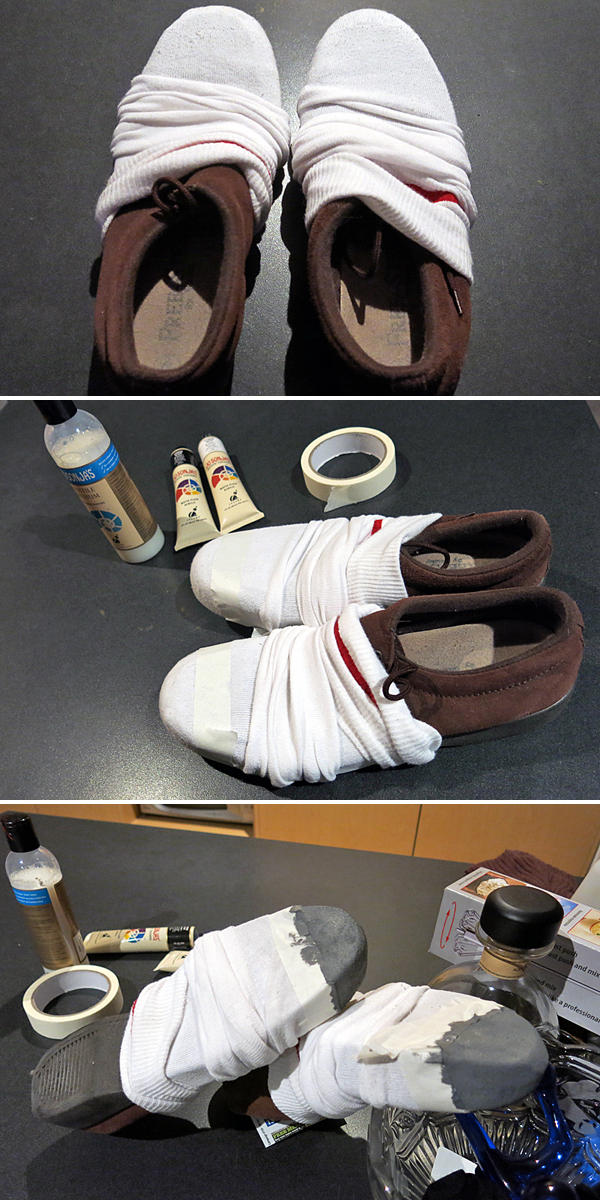 I shoved a pair of shoes inside socks.

This shit is so out of control, I’m probably going to take a shower after I’m done typing. 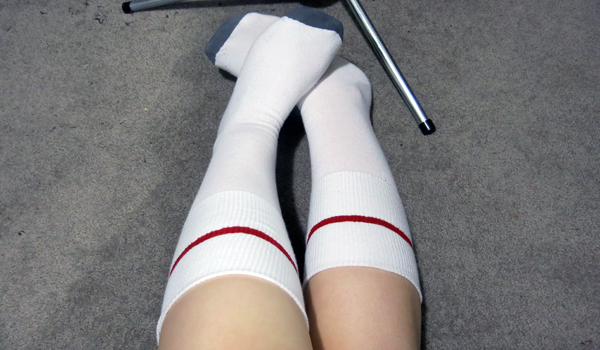