Summer is here and my entire right arm is completely fucked. Pretty much going to be 40 degrees this week, so I’m hunkering down with a bunch of low-energy left-handed projects and some fierce air-conditioning.

Wish me luck and minimal nosebleeds.

One of the side-effects of warm weather (aside from an inability to retain solid food) is that my sleeping capability becomes markedly worse than usual. Which isn’t all bad, because my dreams have always been the most vivid and plentiful during bouts of insomnia. For those not in the know; the main reason I began drawing as a child was as a means to better illustrate the goings on of dreams to others. 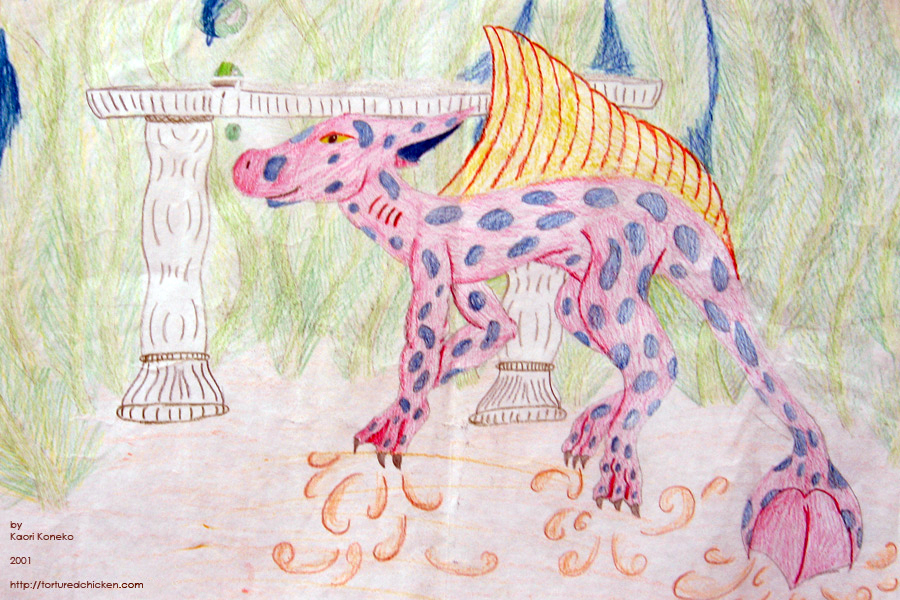 Such as this “magic fish” which looks more like a red and blue axolotl.

Many of the characters I draw originated as recurring characters from dreams- heck, there are entire relationships and story arcs based on happenings pulled directly from dreams. 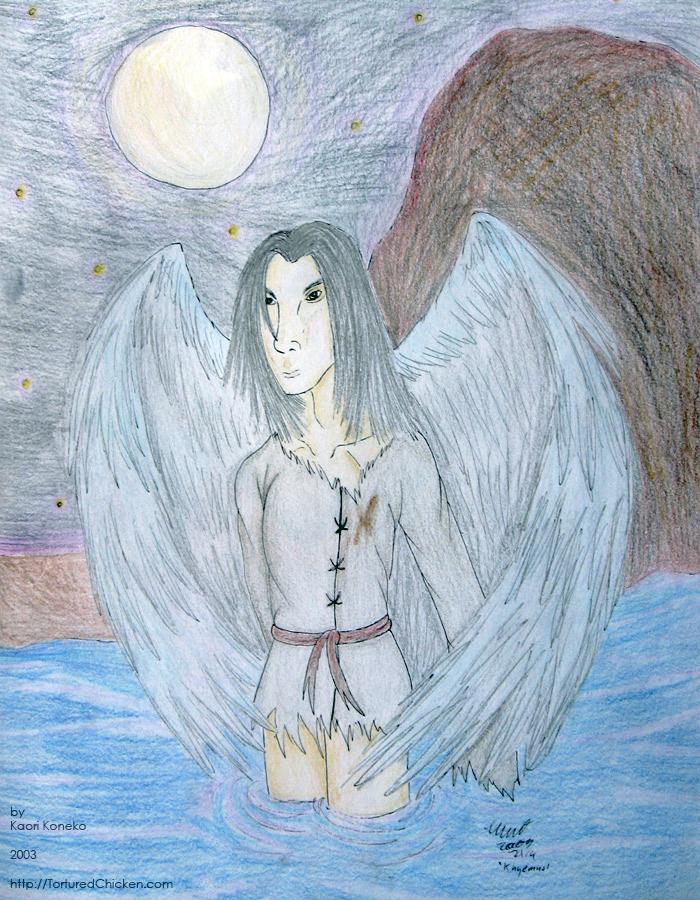 Sometimes being unable to sleep properly is frustrating, but for the dreams a little frustration is really a small price to pay. Part of me worries that any sort of intensive medical intervention would result in a possible inability to remember dreams as frequently or vividly. 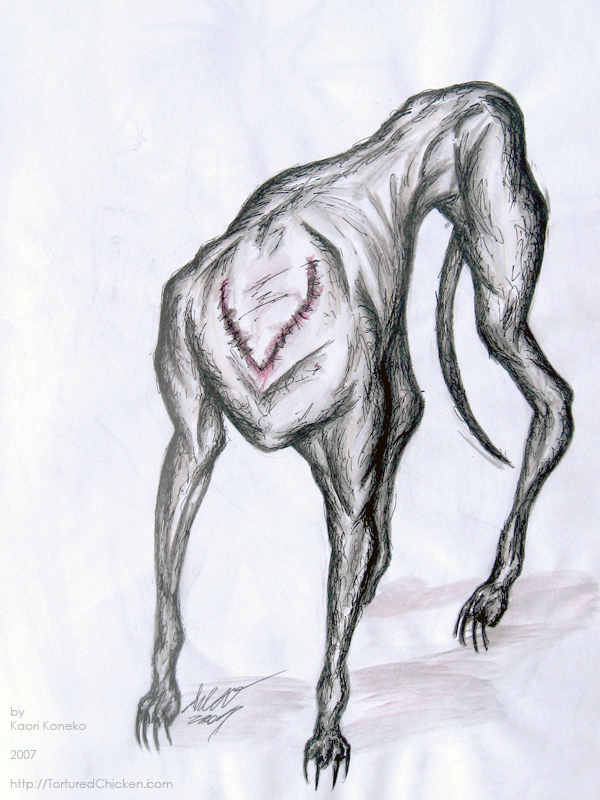 A healdess dog which crawled out from a deep-freezer. Despite the appearance of the animal, the vibe of the dream was one of loneliness and hope, rather than fear.

So I’ll continue to sleep badly, draw the things that make sense, and tell stories to anybody willing to listen.

Here are four recent dreams which were each loosely connected:

The cinema dream transitioned into the turkey one because that’s what was playing on the screens- so inevitably became what was actually happening.
The turkey dream connected to the lambs one (despite being had on different nights) as both were set on farms.
Then the lambs dream connected to the one about the boys because cats played a large role in both (… and now that the connection has been made I’m prone to wonder if the cats were planning to tear the boys’ throats out at some point).

Now I just need to join the boys dream back into the cinema one and I’ll have the first draft for a shitty art-house film. The next Akira Kurosawa right over here, yeah?
… Not quite?