A word on my cosplay practices in relation to piercings: 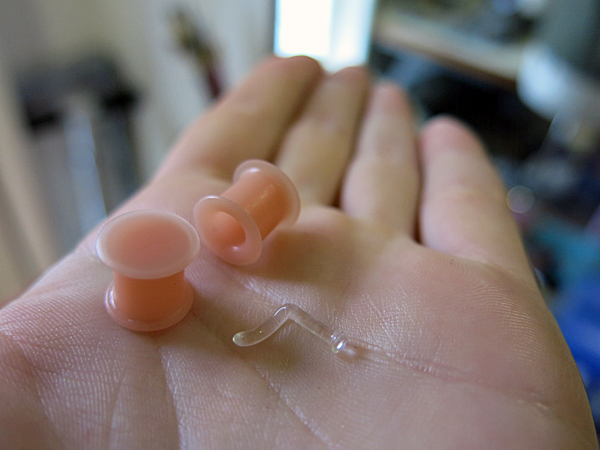 When cosplaying as characters who don’t feature any visible piercings (and excluding the occasions where a degree of artistic liberty is taken), I utilise hider-jewellery for the big stupid holes in and around my face. 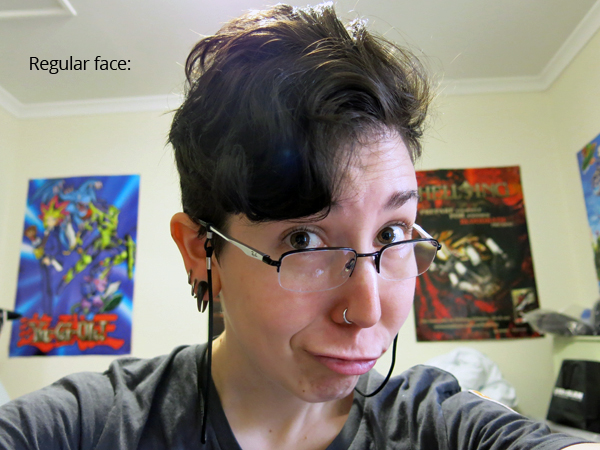 My nostril piercing is 1.6mm on the right-hand side, and my earlobes feature three punctures each- the lowermost on either side measuring 8mm in diameter, while the other four stand in at 2mm each (also I have a pierced navel at 1.6mm which is generally covered by clothing, thereby irrelevant to this discussion). 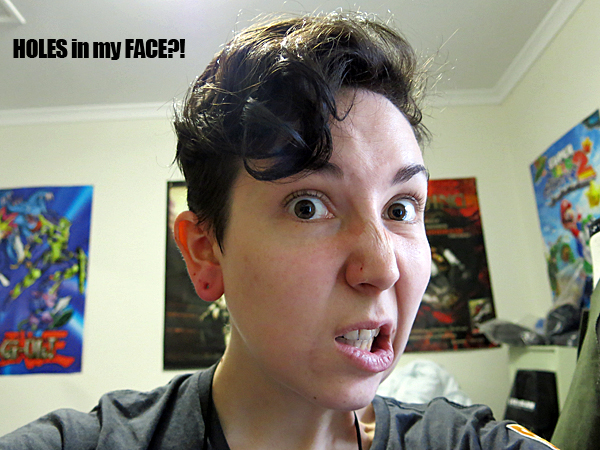 Holes in my face.

In the nostril I wear a clear Gorilla Glass screw, the upper earrings are simply removed as the holes are not particularly noticeable, and the lower earlobe piercings feature silicone hider plugs by KAOS Softwear in version 1.5 (they have a variety of skin tones from pale to dark and are well worth looking into). 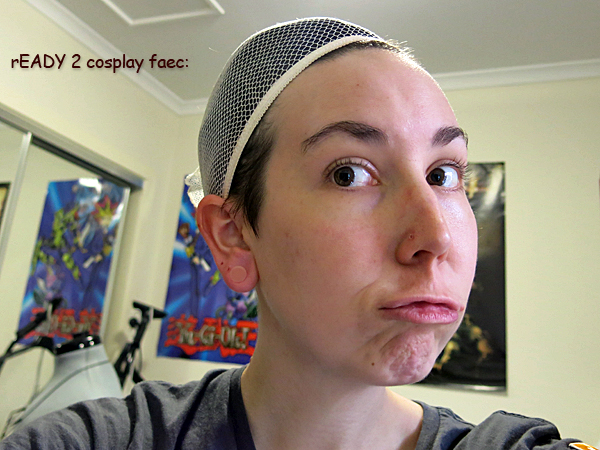 Depending on the character I might dress them up with visible jewellery if it feels suitable for their look or attitude, but those occasions tend not to roll around too often and the hider jewellery has been an invaluable resource since I started using it some years ago. 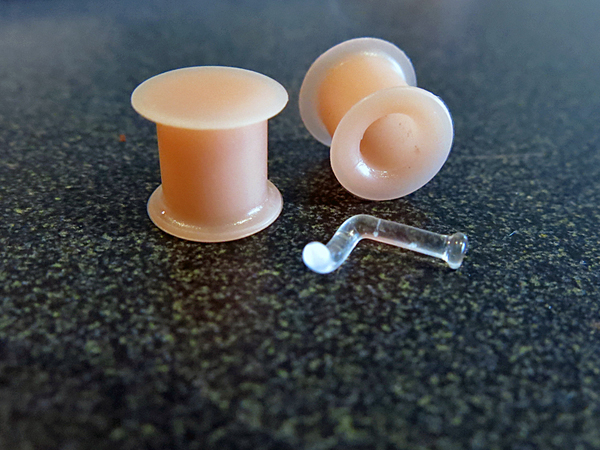 While by no means flawless, it beats having out-of-place piercings on a character and is certainly preferable to having large, visible, empty holes in and around your face (not to mention the time wasted trying to edit that unsightly mess out of photos). So… just something for pierced cosplayers to keep in mind.

Even if you’re not a cosplayer, some workplaces don’t take kindly to visible body modifications, which shouldn’t mean having to remove them completely, just keeping a more modest and subtle wardrobe option on hand. 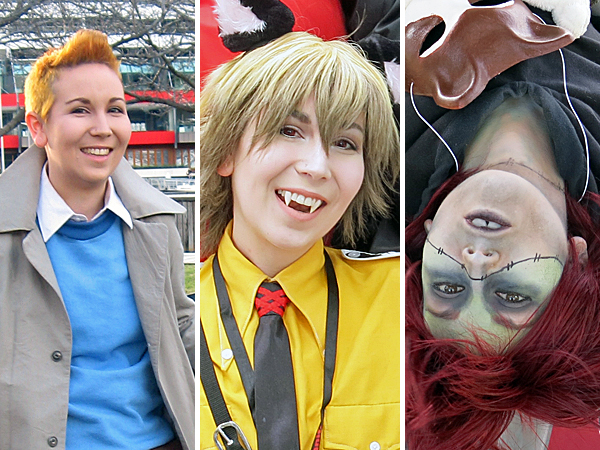 Tintin, Schrödinger (Hellsing), and Owen (Maggot Boy) are all examples of my hider jewellery in action.

On a tenuously related note; I dropped by a costume party over the weekend dressed as Dave Strider from Homestuck. 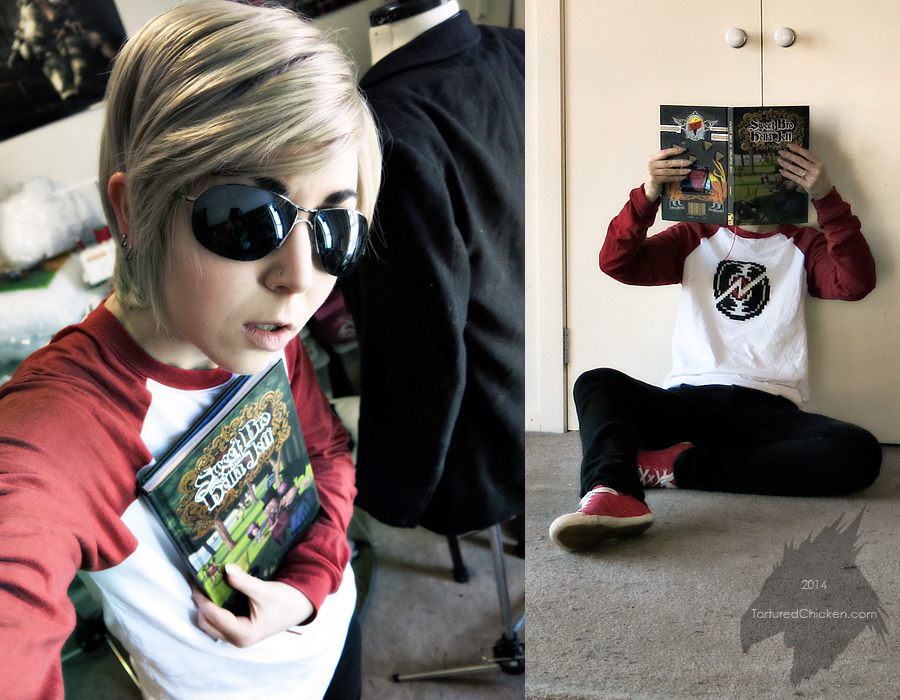 He wore the clear nostril screw, however I left in my regular earrings and surgical steel tunnels, since his character could easily be interpreted as having piercings or wearing other jewellery, and the wig covers the ears from being too distracting anyhow. 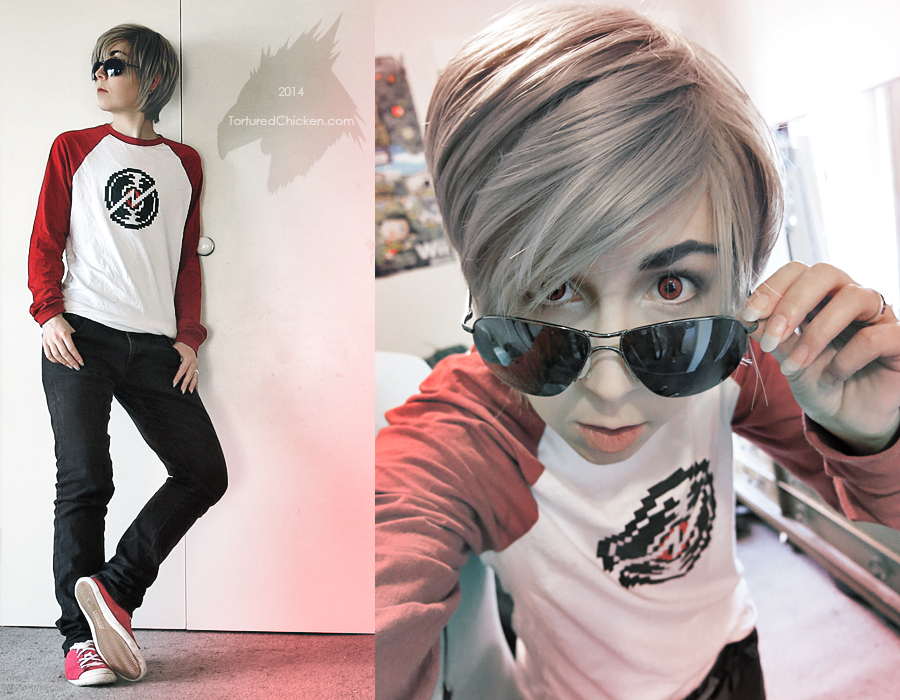 This was easily the laziest costume ever, which was a positive note because I’ve been very unwell recently and wasn’t even sure I’d make the party at all- not the point. Point is, apparently I just passively have 2 or 3 of Dave’s outfits kind of… in my wardrobe, despite previously having no active intentions of cosplaying him.

What I’m try to say is; I don’t joke about pulling clothes out from my wardrobe and trying to assemble them in a non-costume way when I get dressed. That is a very real, valid and legitimate challenge my life faces every. Single. Day. Because everything in my wardrobe is part of a costume in one way or another.

Even my costumes are parts of other costumes.

There’s nowhere to go, I’m in this too deep.