With all the recent discussion on the Asylum’s history, you know what I’ve never even made a failed attempt at cataloguing? The blog. Not once.

The habit (or lack there of) likely stems from the early days, when the blog software I was utilising had absolutely no security, so if spam-bots began adding comments to an entry, I’d just delete it. Initially it was a matter of deleting the comments only, but keeping up became tiresome and I sure am lazy.

Considering the highly personal nature of my online activities back in the day, removing that old mess is something which likely would have eventuated anyhow.

Not that we aren’t about to get super up-close and personal here right now! Please, sit down comfortably and pay attention to the rambling tales of my mundane everyday goings-on! 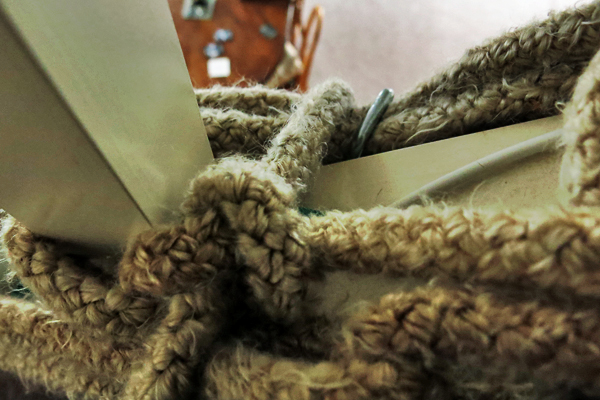 A rope tied to the banisters.

You know how I keep on busting up domestic household irons? Because I leave them switched on all day for weeks at a time and they’re simply not designed for that degree of heavy usage? And even though I have not one but two industrial gravity-feed steam irons (still trying to sell one if you or anybody you know is interested) I kept making excuses about not having a frame to hang the water bottle from?

While I may be no closer to obtaining a frame, what I do have is a blatant disregard for occupational health and safety regulations! 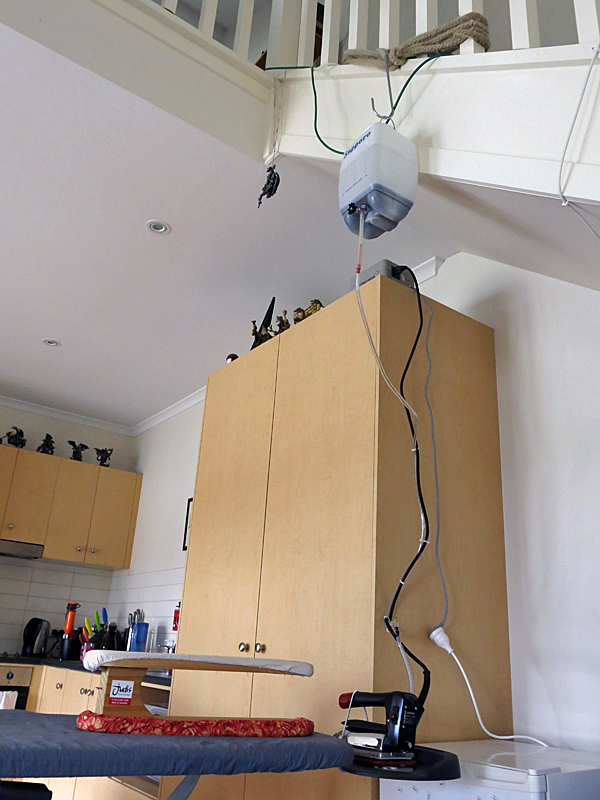 OH&S Disasters & How to Cause Them – an autobiography by me.

It’s in the goddamn kitchen of all places, because the electrical cables are supposed to run parallel to the water-filled tubes. This iron knows my jam. It knows exactly how we roll in this household.

It looks you right in the face and asks: “What could possibly go wrong?”

The reason I’d wanted a frame was because I’d have preferred to position the thing over by a door or window, for ventilation purposes (these devices can produce a heck of a lot of steam, after all). But… the ceiling here is pretty high and I really didn’t want to waste any more dollars on a substandard domestic.

So here we are. A rope tied to the banisters for the water-bottle, a step-down converter on top of the pantry, and an ironing board haphazardly shoved in front of a refrigerator. 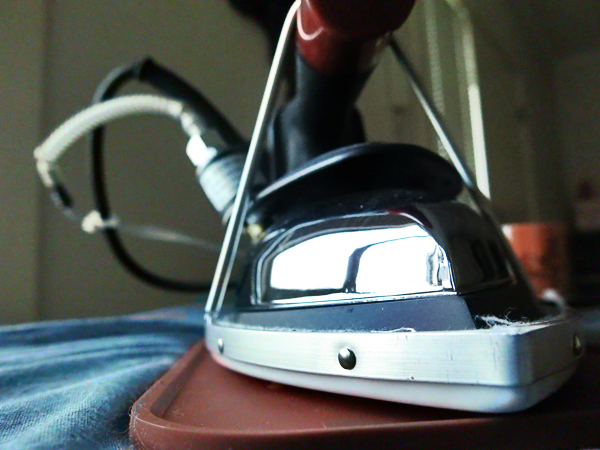 The use of a step-down converter was necessary because this iron was designed for use in America, thereby running at 120 volts, while household power in Australia runs at 240V. Plugging a 120V appliance into a 240V outlet tends to kill it pretty quickly (though I’m fairly certain Sapporo do produce models for the Australian market as well).

The converter is on top of the pantry because the cable on the iron is not very long, so unable to run with the tubes up to the bottle (which must be at least 1 metre above the level where the iron sits) and back down again, due to the fact that I do not possess an American extension cable. In an industrial setting the power points would likely hang from the ceiling to avoid issues of cables spilling across the floor.

Right now the dream is to one day have a solid workshop with that sort of set up. Maybe even one of those heated-vacuum pressing tables… One day…