Was it a bad time to take a brief break after that last entry? Absolutely not, I have no idea what you’re even talking about?!

The past week or so has been busy. Are people beginning to venture out again after their winter hibernation? Will there be a brief stint of social interaction in the overlap before I settle in for aestivation? Time will tell.

Last week Tech Support took some time off work and we spent two nights at the Langham hotel on Southbank in Melbourne to celebrate our seventh anniversary. Seven years!

His colleagues were convinced he was going to propose or something, which he found funny and I found mildly offensive (there are a myriad of personal reasons why I am against legal marriage), but we’ll just leave that one alone for now.

Here is a celebratory OTP cosplay photo of us together because I’m a disgusting piece of nerd trash: 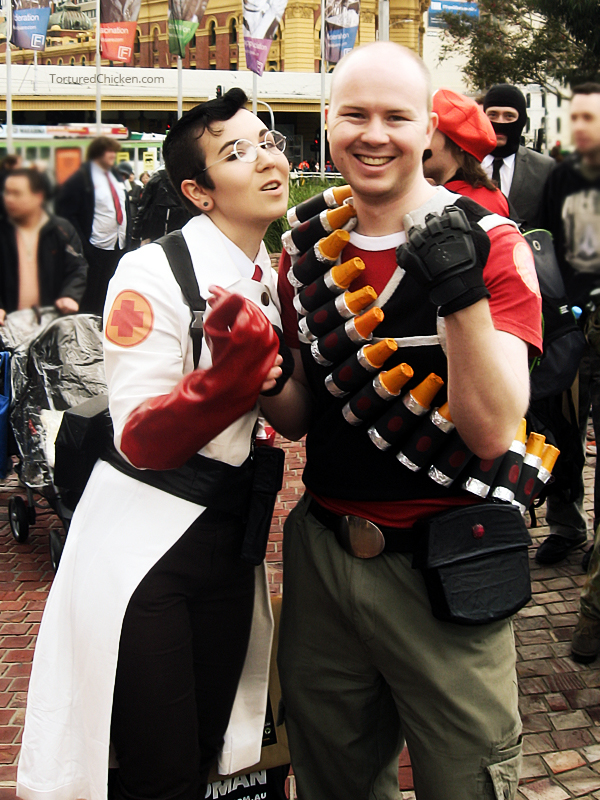 RED Team Medic and Heavy from Team Fortress 2, taken at Federation Square during 2012 by my pal Hallward.

He was attempting to fend off my affectionate advances while simultaneously trying to maintain some semblance of a pose for the photographers. But I digress.

Highlights of our short holiday included but were by no means limited to:

Coffee with condensed milk, so you can be both over-caffeinated and full of sugar.

The hotel being right next to the Exxon building, which is where Tech Support worked when we first met, with views from our room of both that and the Southgate footbridge across the Yarra where we always used to meet up for coffee dates. 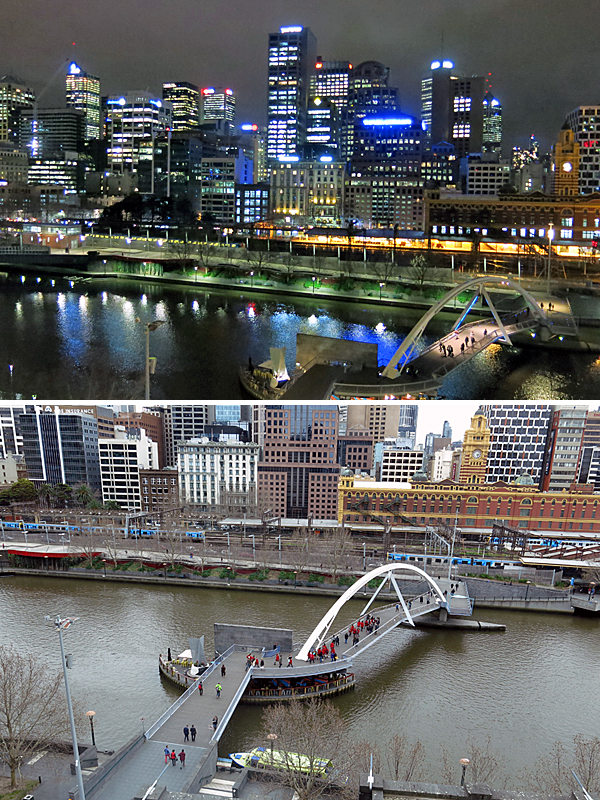 Plus you could watch the trains going through Flinders Street Station from bed!

A breakfast date at Industry Beans coffee shop in Fitzroy. 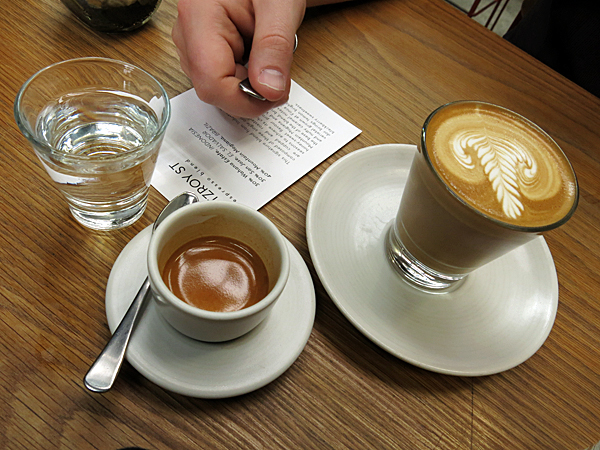 Coffee has been an important part of our relationship since the start, perhaps this is one reason why I can’t give it up despite what caffeine has done to my health in more recent years?

Seriously, what the shit is ‘elly doll fashion’ and why the hell do you need three of it?!”– Tech Support, post Daiso.

Going to Daiso after singlehandedly downing an entire bottle of black raspberry wine with dinner (which, for the record, was at Warra Warra Korean Kitchen and absolutely delicious).

The ‘Powerful Car’ bath bomb obtained while in Daiso; or more specifically, the sly winky-face sported by the toy car residing inside said bath-bomb. 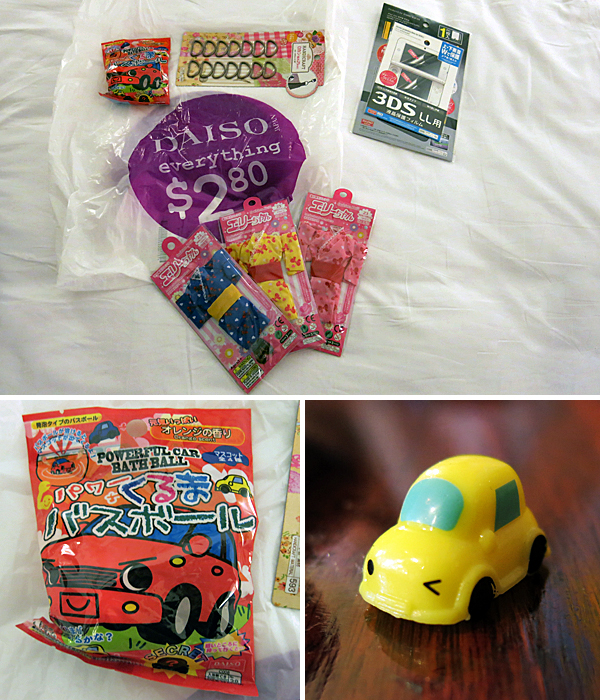 Daiso is a strange and wonderful place.

Shopping in Fitzroy, and even finding a more ‘screen accurate’ shirt for my Hermann Gottlieb (Pacific Rim) costume from H&M in the CBD! 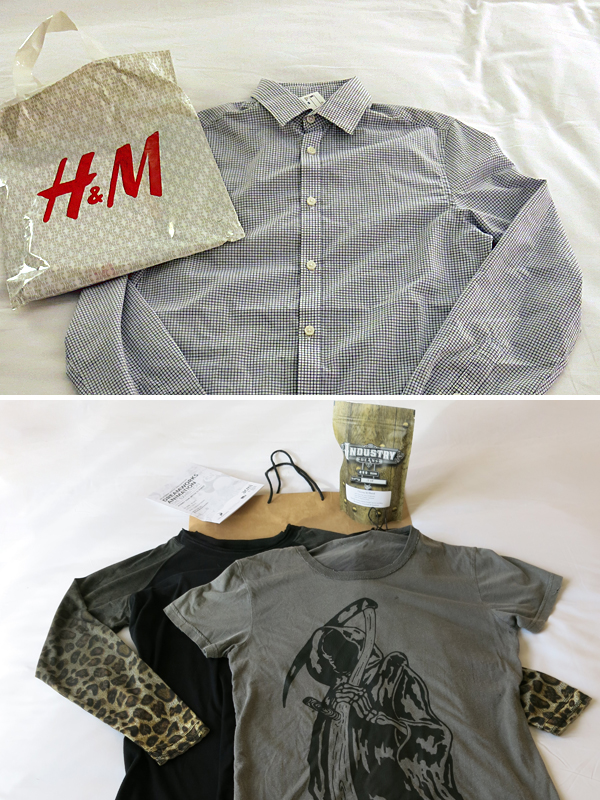 Though Hermann’s shirt will need to have buttons and button holes added to the collar.

The pink British taxi which sat outside the hotel entrance. 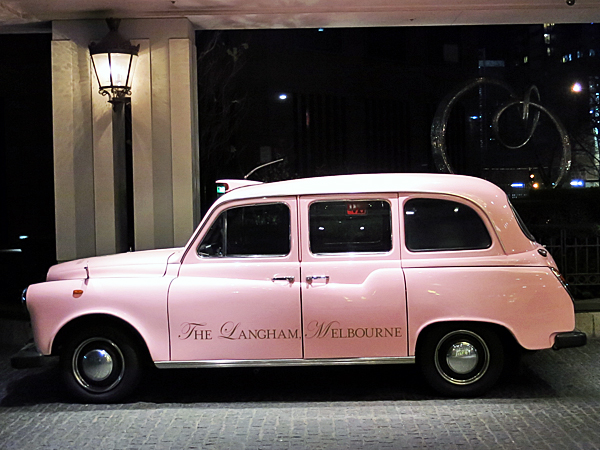 And lastly, the evening spent at the hotel’s Aria Bar where we discovered they have an entire page in the menu dedicated specifically to mojitos. 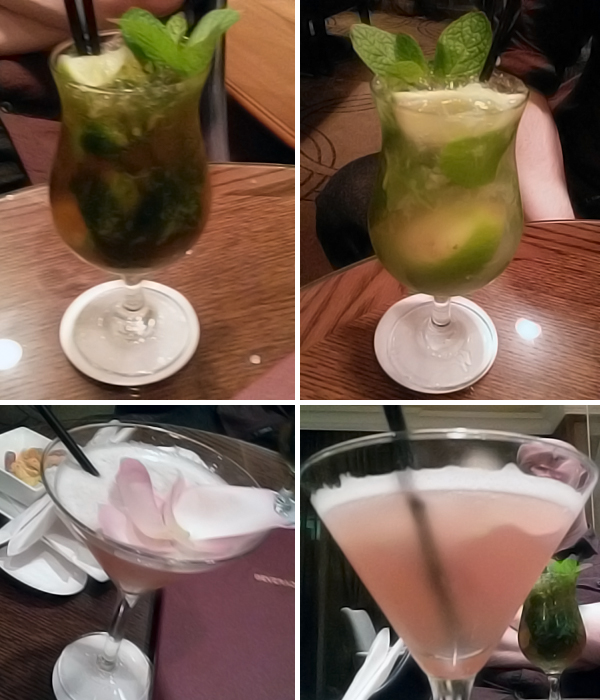 Also I got a ‘Pink Taxi’ cocktail because of how obsessed I was with the one out the front. Powerful cars were my theme for the week.

Tech Support’s mother looked after our cats while we were away and apparently they both hid from her the entire time. While I’d expect that sort of behaviour from Hobes (who is semi-feral and won’t even go anywhere near Tech Support despite the fact that they live together) it was surprising coming from Claude who is quite familiar with Tech Support’s mother and ordinarily rather sociable.

In any case, Claude was very happy to celebrate our return home while Hobes spent about 6 hours hissing at us from the bathroom cupboards before finally venturing out to forgive me after Tech Support had gone to bed.

No time to unwind after returning home, I had 3 days of work to catch up on, weekend plans to rearrange, and a convention to prepare costumes for.

But we can discuss all that in more depth when I’m done processing photos. 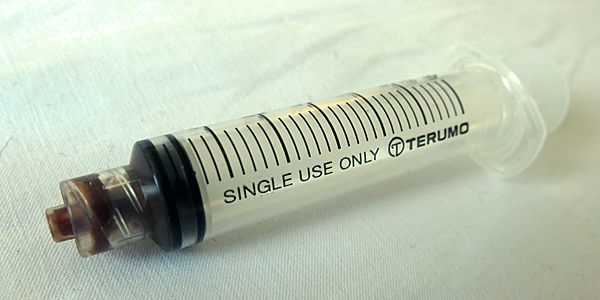 Like this one of a syringe from N2 Extreme Gelato which was full of chocolate at a prior point in time.