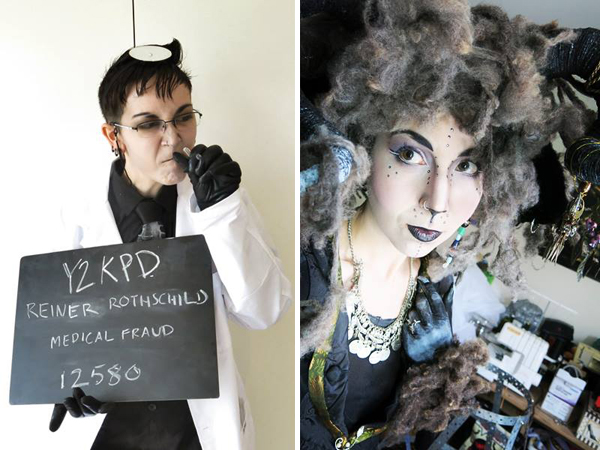 Not that I can’t go from Karkat Vantas to Dave Strider in a matter of hours, but my only social interactions on that particular day involved cats and being alone with the webcam.

It’s that exploration of identity through costume yet again. Plus it’s going to be year of the goat soon so let’s keep thinking those Capra thoughts.

Too bad there’s no “year of the medical malpractice” eh? 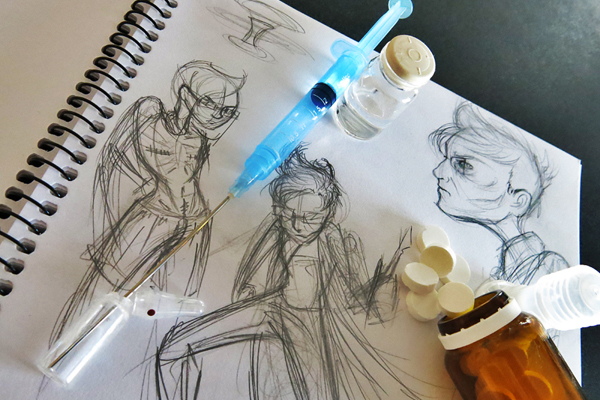 The pills are mints which expired in ’09. Please don’t ask why I still hoard stashes of expired food. Unless you’re interested in anecdotes about marshmallow soup of course.

Wait, what am I talking about? It’s always the year of medical malpractice when Rothschild is around!

Did I ever actually explain what the deal is with Essy and Roths?
Not really.

It isn’t ready yet.

A couple of entries ago some “wanted” posters featuring my two favourite bunker buddies were mocked up and have since been reworked.

MaEmon dropped around in full Essy costume to talk shop and the opportunity was taken to stage some better mugshots. 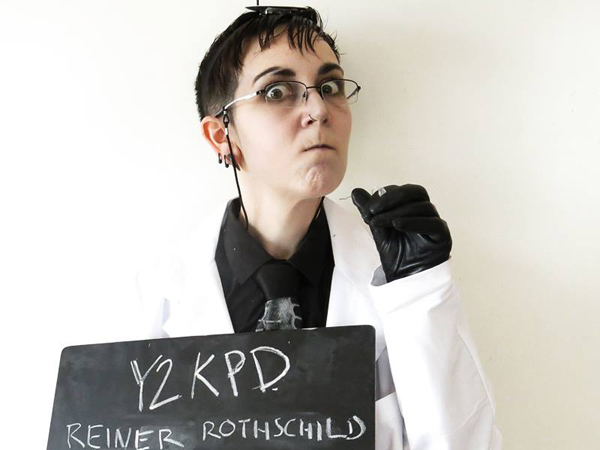 This is why I needed the thing. In my defence; I never claimed the reasons were good. Or even made any real attempt to explain them at all. Nor do I plan on doing so. Not necessarily because it is a secret, but simply because I am unsure how to adequately go about such a task.

MaEmon took some of me while I snapped some of her, then hit up the self-timer to grab some of the both of us. 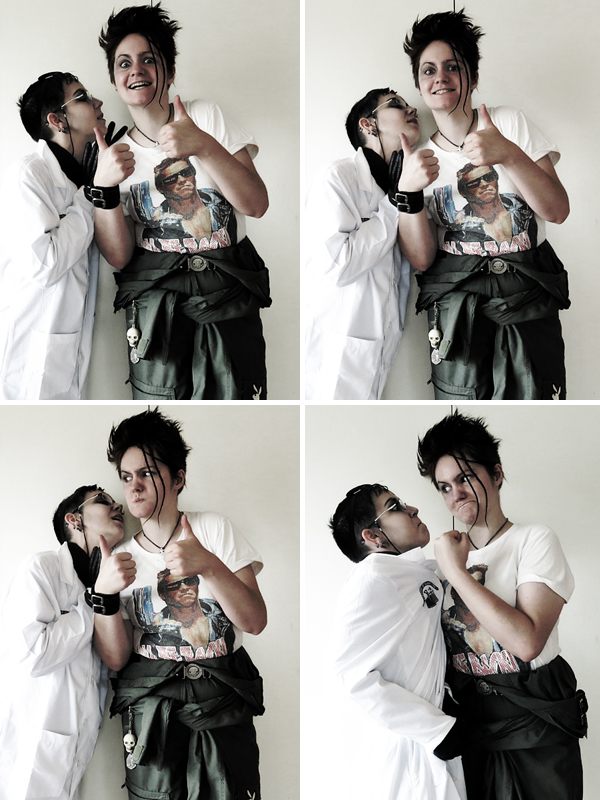 Words cannot express how in love I am with these assholes. Is that vain? Can I be genuinely and openly infatuated with a character who is physically portrayed by my actual self? The best part is not having to worry about filling in that scar through my eyebrow. Which appropriately happens to relate to goats, but isn’t a story for today.

As for my infatuation with MaEmon and everything she does… well, that’s more of a universal constant.

This project is an ongoing adventure and I’m hugely grateful that MaEmon has pretty much given me free reign with the development of Roths as a character.

While working on the posters I was even able to assign Roths a first name but no middle name, middle names are redundant: Reiner.

Does it have an appealing alliteration?

The mugshot photographs were taken in front of a closet at home, where the lighting seemed half decent. MaEmon used a small chalk board to write up some identification for our hardened felons, and having a fairly plain background meant it was easy to edit in a height chart. 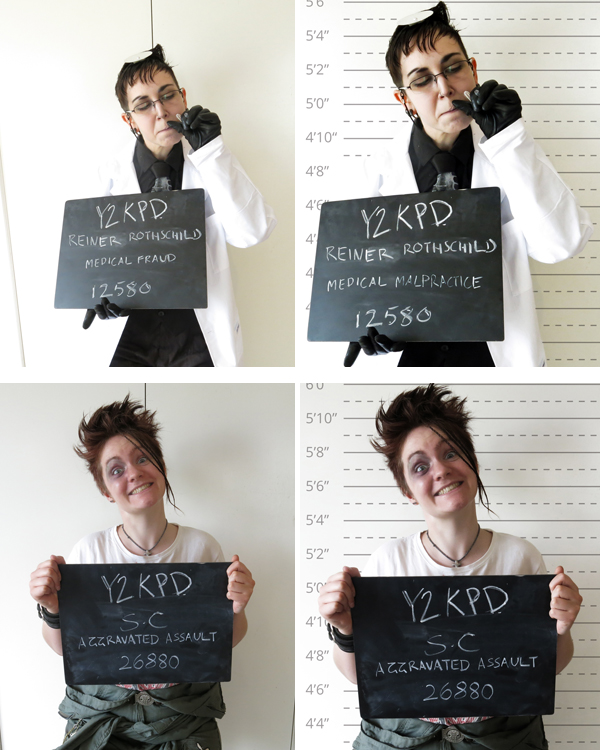 Also shooped “FRAUD” around for “MALPRACTICE” on Roths’.

No amount of frisking will ever reveal the full extent of Roths’ penchant for concealing prescription narcotics- and any attempt to strip search the sadistic scientist would wind the offending officer up with a jugular full of scalpel.

Essy, on the other hand, is just about ready to begin assigning missions to these militant new recruits. Even if they are a tad surly. 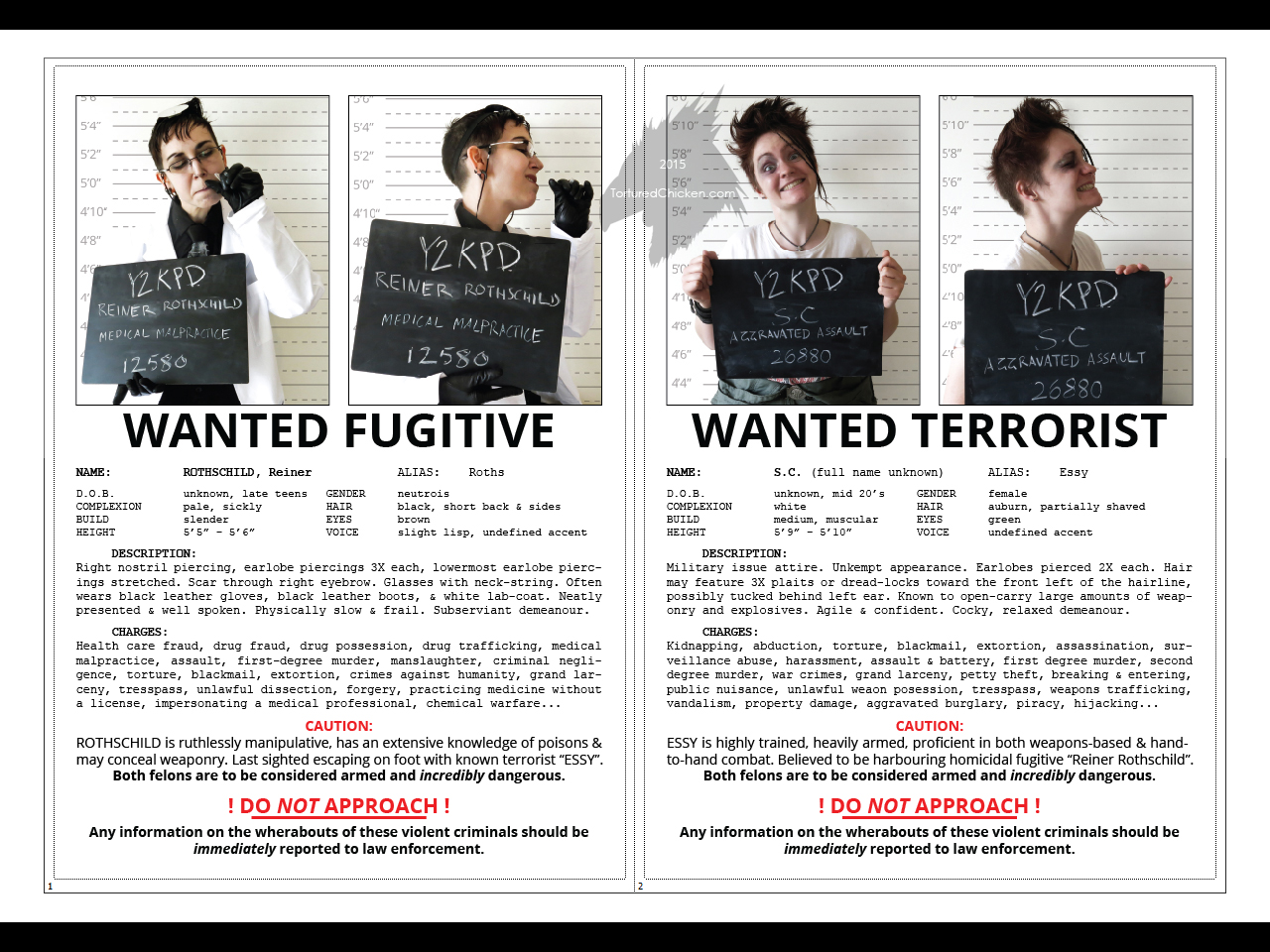 Mugshots were processed in Adobe Photoshop Elements 9 while text and layout were worked in Illustrator CS3.

A stethoscope and manual style sphygmomanometer are currently en route to Roths’ slimy little hands courtesy of eBay. Hopefully they’ll arrive some time around the end of the month.