At the beginning of the year I began taking sertraline to treat ongoing anxiety problems (based on the results of the treatment thus far, it seems likely I’d been dealing with some degree of undiagnosed depression on top of that). Point is; I haven’t had this much energy since the late 90’s so sitting at a desk is no longer as straight forward as it had been previously.
This isn’t to say I’ve suddenly become an outdoor cat (much less a functional human being), just a marginally more productive indoor cat.

But the cat metaphor only works so far and my intentions for this entry had little to do with psychological health and entirely more to do with minor celebrations.

Then again, perhaps the two are not entirely unrelated?

The Asylum has been hosted on its own domain for over two years now, and generally existed in one form or another for eleven. Time sure flies when you’re barricaded in a darkened room pretending you know what the difference between a string and a boolean is!*

Notable events over the past year include:

There weren’t any big Asylum-anniversary celebrations this year, just a vague sense of mild achievement. Actually Tech Support took me to Lupicia and let me pick out some fancy tea, though I don’t think he was fully aware that it was a special occasion for me. 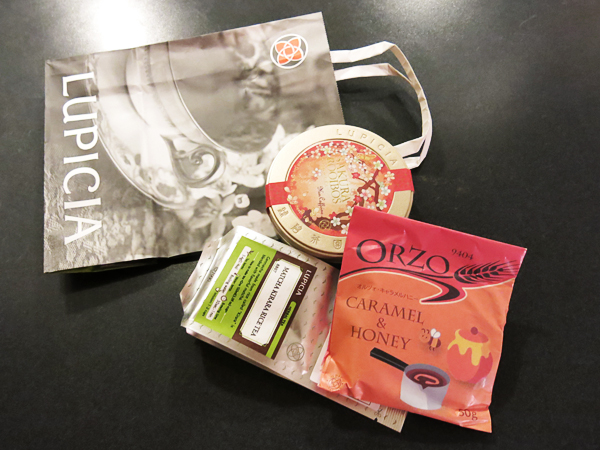 Currently the primary and secondary desks are as follows: 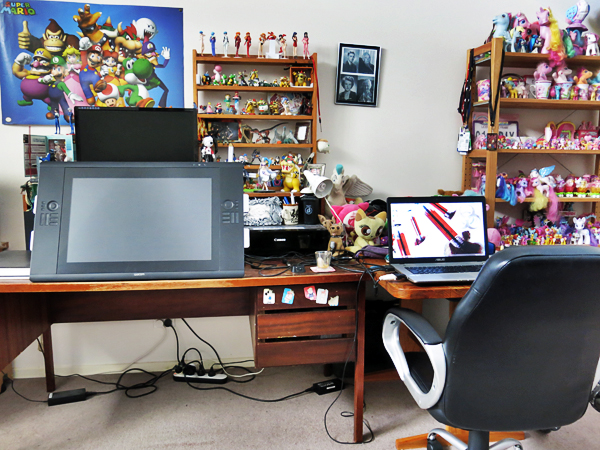 Cintiq and BenQ monitor are still on the primary desk along with printers, scanners and sound. MaEmon dragged that sweet little shelf up the back there out from a hard rubbish collection and gave it to me. Figuring it’d need a sand and some varnish I was pleasantly surprised when a decent scrub down found it in perfect condition under the dirt, so now I can fit even more anime trash on the primary desk because I’m a filthy weeb.

The plush pile behind my trusty Asus on the secondary desk continues to expand, and the TF2 minigun MaEmon made back in 2011 is now hanging underneath courtesy of a dog-leash hastily rigged up with some lanyards. 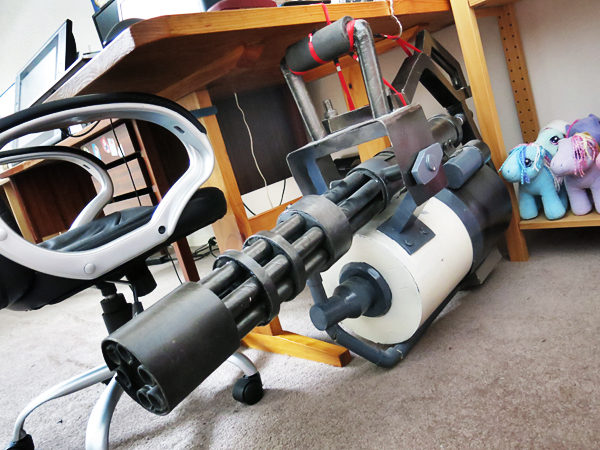 Thanks to all this rearranging, the tertiary desk is able to focus mainly on the storage of fashion dolls and Ninja Turtles. 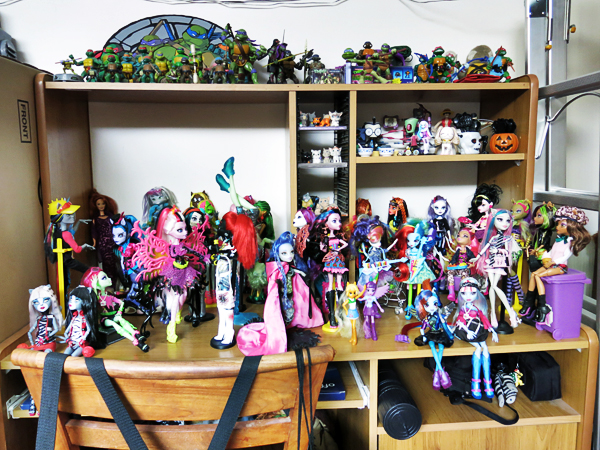 Apparently I’ve developed quite the appetite for Mattel’s Monster High range. What can I say? They have the same appeal as Hasbro’s My Little Pony.

A thorough attempt has been made at de-cluttering the messy room with the addition of several new shelves and a re-ordering of all wardrobes and storage boxes. Indeed, with the amount of cleaning and rearranging that’s been going on I was able to compile a sizeable set of shelves with previously unrelated items located around the house. 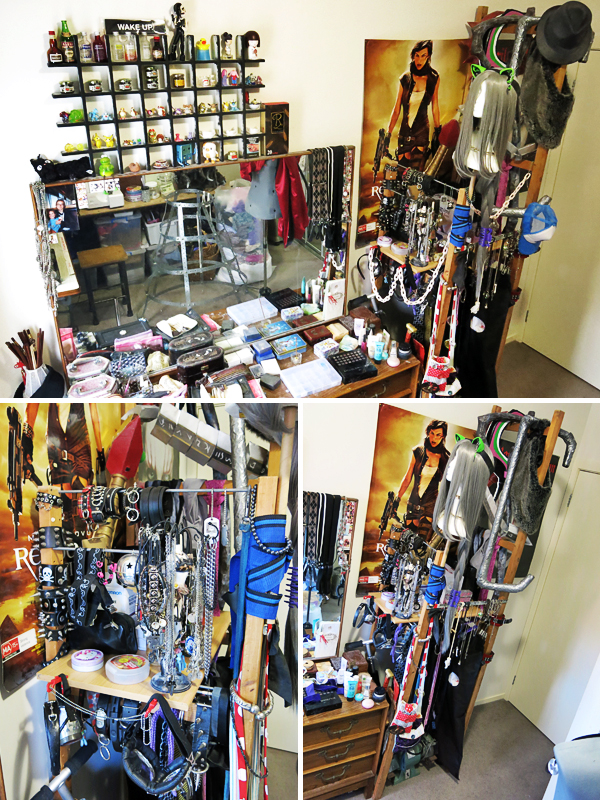 Realistically all this cleaning and building is merely an elaborate form of high-energy procrastination.

The little grid shelf atop the vanity in the messy room is another pulled from hard rubbish courtesy of MaEmon. This one did need a sand and some paint before being filled with condiments and Pokémon. Some of the more rotted pieces of shelf even had to be removed and discarded entirely during the maintenance process.

Tech Support was convinced the shelf and contents would fall from the vanity but so far things have stayed well put because gravity means nothing to me. 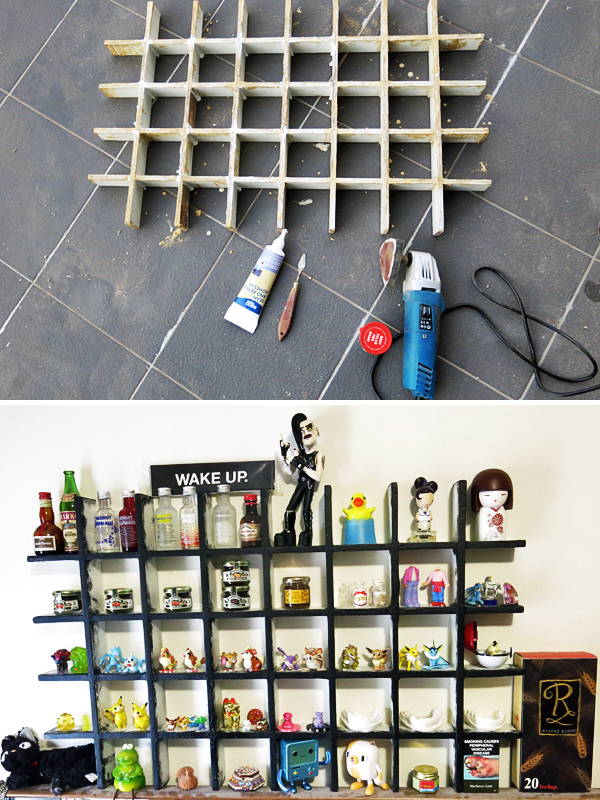 Apparently one of Tech Support’s colleagues decided I was “Bob the Builder” upon hearing about my spontaneous outbursts of DiY, but I’ve always related more to Lofty.

It has been a cascade; every corner of the house has been upturned to the point that Tech Support is no longer able to find anything at all. On the flip side, I’ve found all sorts of neat things! Like a bunch of unused canvases from back in the day- which means it’s time to deck the house with shitty paintings amongst all the cosplay and My Little Ponies! 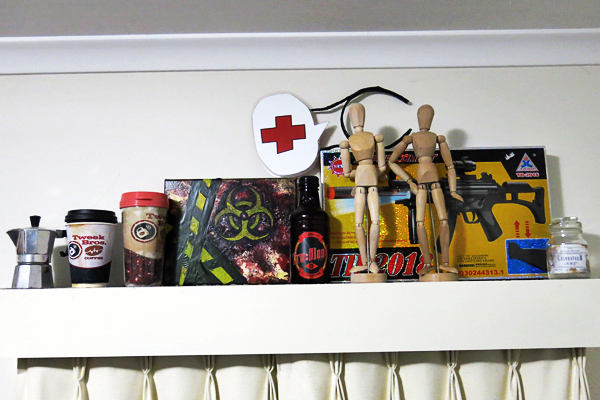 Where does the trash stop and the art begin? Nobody knows! 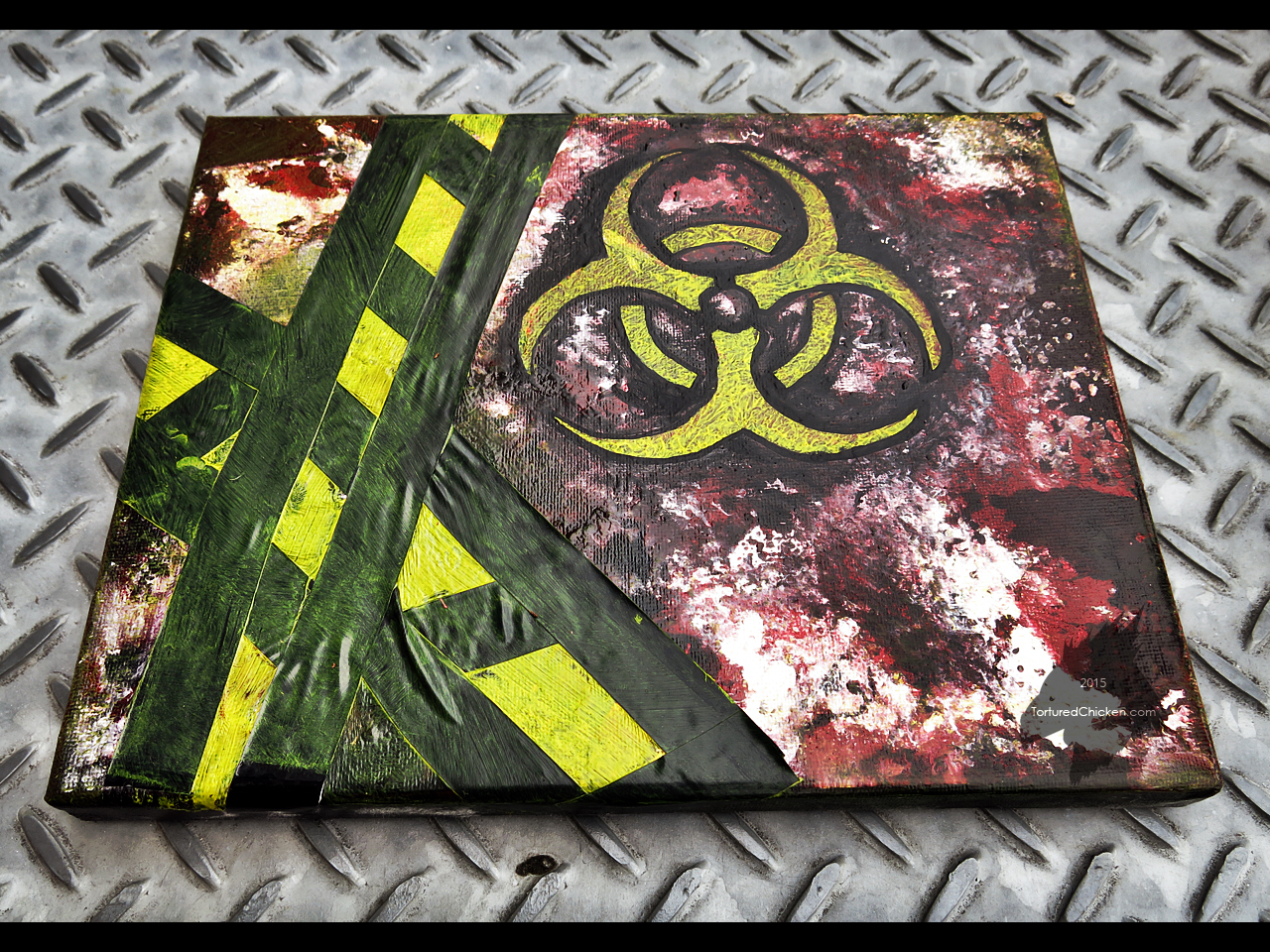 The new motivation sees me falling back into old hobbies, maybe next entry I’ll even get my shit together enough to share some photos of the results?

Until then, here is a doll that loosely resembles a condensed form of my entire teenage experience: 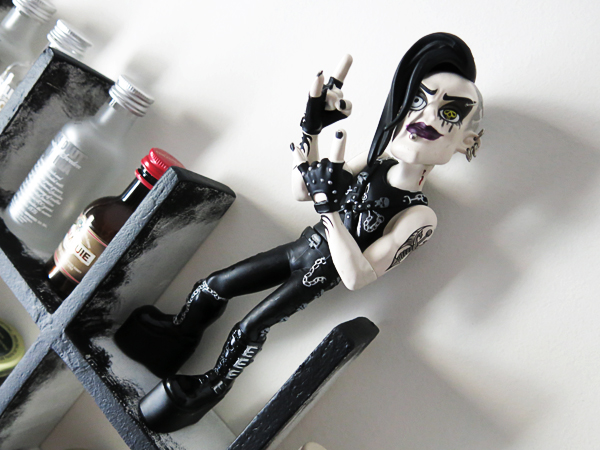 *It was my first time, you weren’t there!