On an overcast afternoon in January a group of about eight students, two assistants, two models, and one teacher took over a quiet local park for a costume photography workshop hosted by local friend and photographer Neil Creek.

Being that I’d managed to get Oberon’s trousers finished prior to the class it seemed like as good a time as any to field test them, albeit with a stronger goat flavouring. 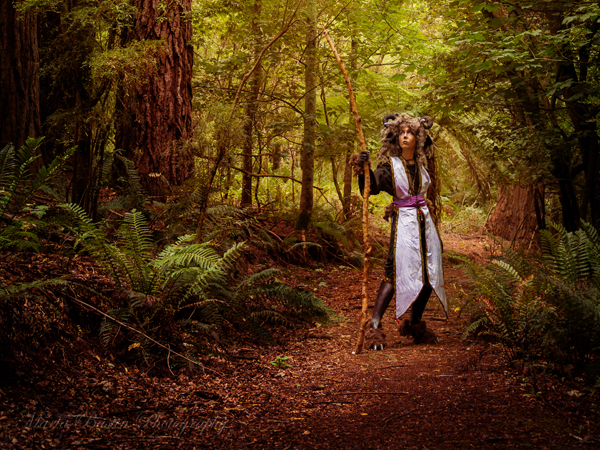 The goat was modelling alongside Asuna Yuuki of Sword Art Online (beautifully portrayed by the talented Ayuri Cosplay). 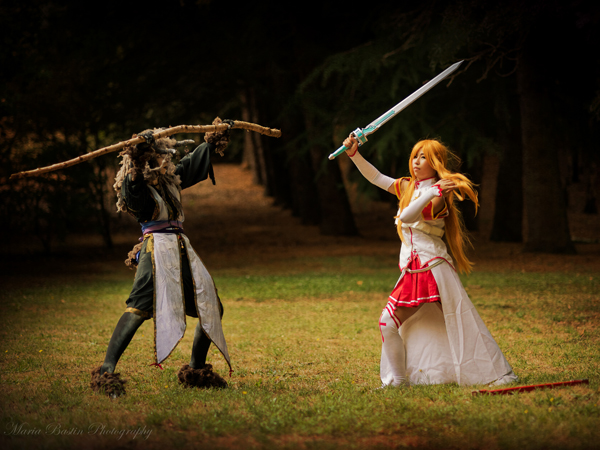 Fantasy costumes lent themselves well to the setting, and the two different styles gave the students plenty to work with. 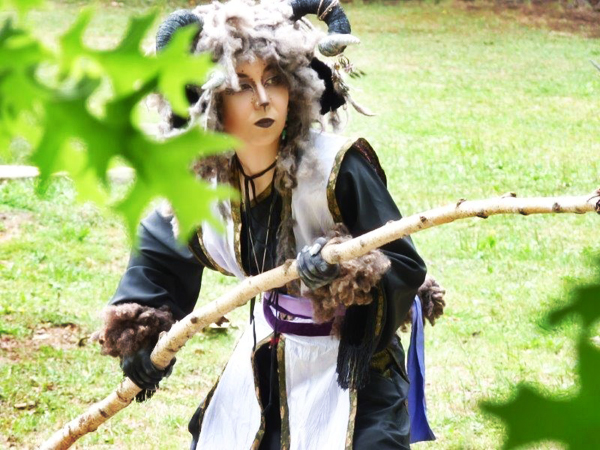 For the occasion the goat was dressed in tunic and trousers from Oberon, with the updated tail and smock from his debut outfit.

Also one of the students helped me wrangle a bigass stick because goats may be great climbers but even without impractical footwear I am not nearly so nimble. Much less on uneven terrain.

Have I ever told you about how the most satisfying part about wearing a costume is the part at the end of the day when you’re not wearing it any more? Pyjamas and Netflix combo is always better after 5 hours of stomping around in cloven hooves.
But I digress… 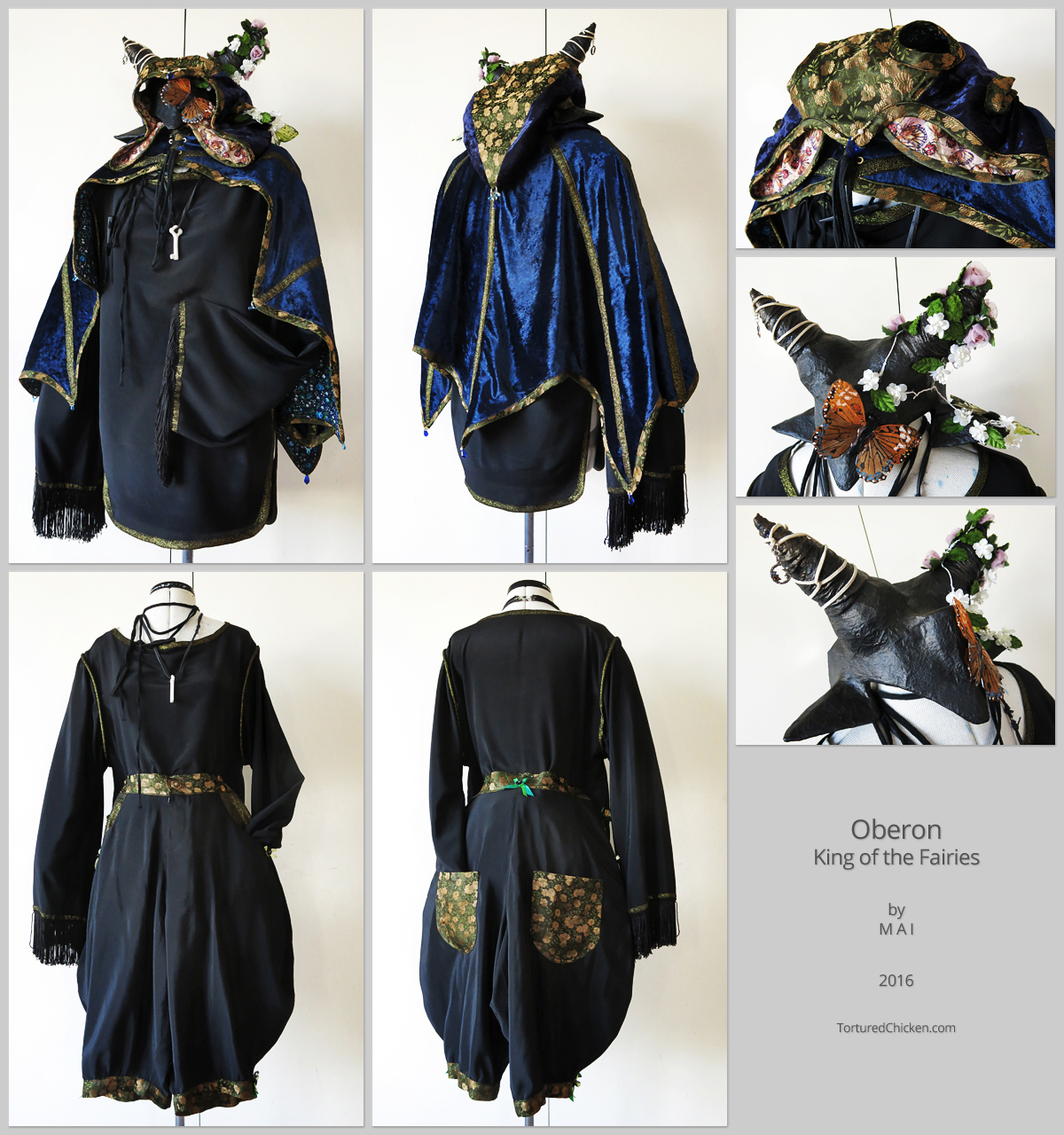 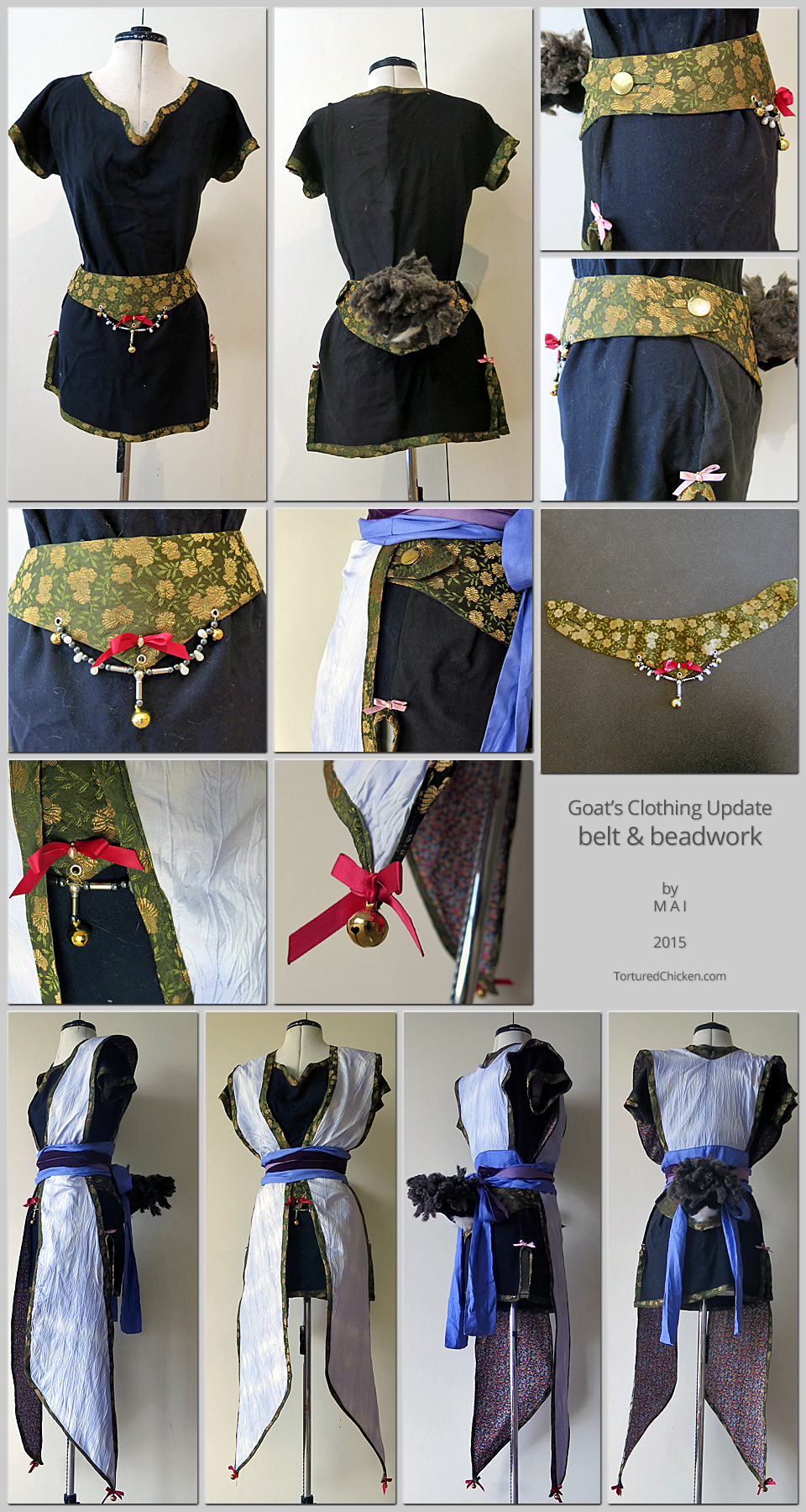 The goat is fashion conscious. The goat wears many outfits.

On a related note, while he doesn’t get out terribly often, I’m genuinely very proud of how well the goat has held up over the years. The hooves have had some slight modifications for comfort, tail has been mounted onto a belt, and arm-socks have had their fingernails replaced. But the headpiece?
Nada. It remains as it was.
Even the Helpercats™ haven’t made any notable attempts at sabotage. 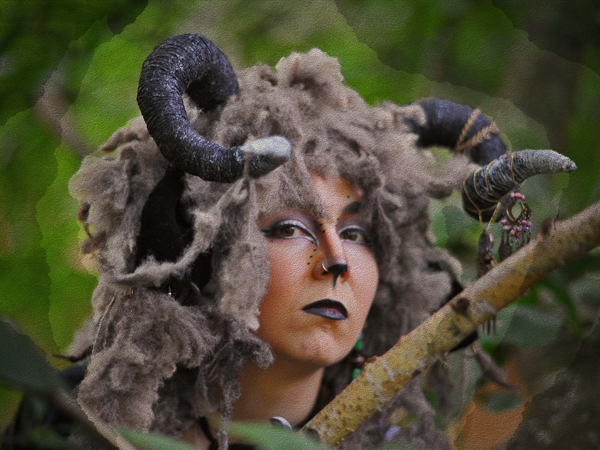 The workshop covered topics such as cosplay and photographer etiquette, credit/attribution, posing and scenery (in particular, where a costume is based on an existing character, to recreate scenes from the source material), not to mention the delicious afternoon tea supplied by Neil’s assistant Naomi. 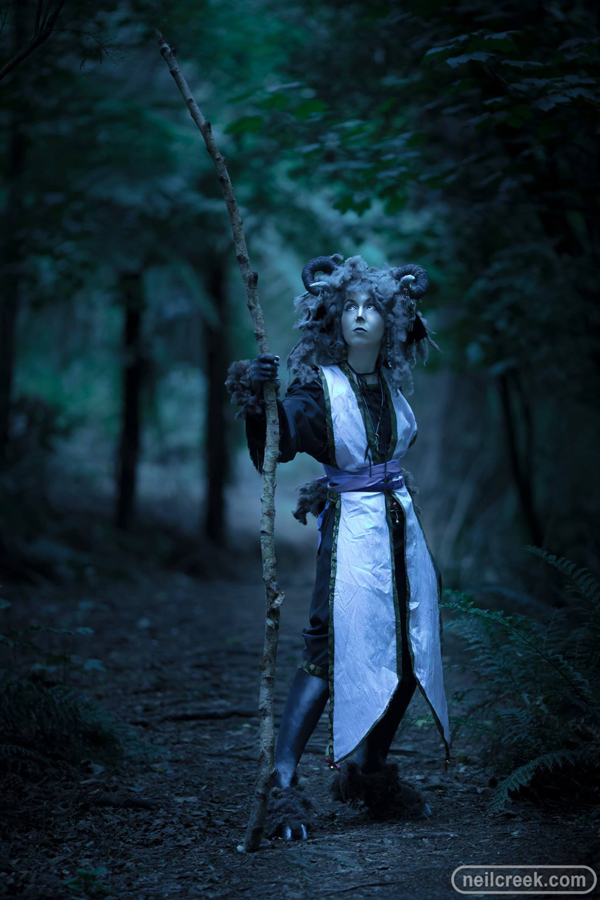 Although on the other side of the camera to the students, I found myself learning a thing or two all the same, and am very grateful to have been offered the opportunity to participate in the class.