It seems, despite the genuinely suspicious quantity of condiments lining my pockets, I have made it back to Australia relatively unscathed* after spending the better portion of August in Japan. 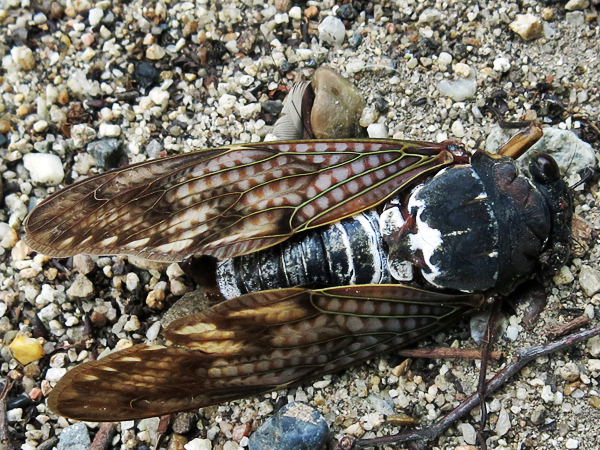 “How is the weather there?” My father had asked.
“Cicadas.” Was my response.

Why on earth did I agree to cross the equator during August? That’s rhetorical, by the way; 35°C days with 95% humidity and a spot of mild typhoon toward the end there. Natural disasters are one thing but heat and I do not agree. Next time let’s shoot for February.

The Helpercats survived my absence (thanks to my parents for keeping an eye on them); though admittedly Claude screamed for 12 straight hours when we got back- only stopping due to the loss of her voice, while Hobes actively attepted to incapacitate me via concussion with the ferocity of his smooches. 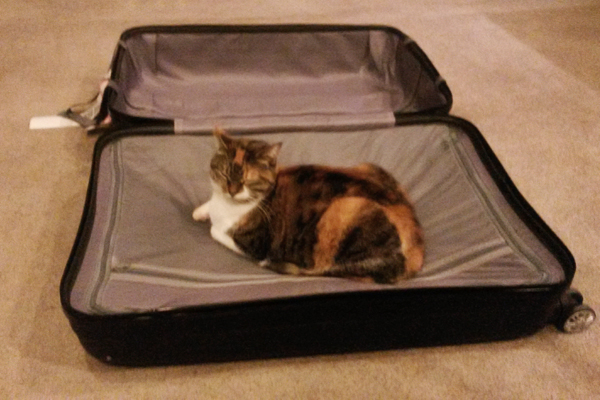 Claude forgave my absence upon the realisation that luggage is comfortable for sits.

It is good to be home.
It was good to not be home.
It was, in many ways, frightening, to spend an entire month in direct contact with another human being, even if it was with the one I’ve been living with for the past six years, who already knows too much anyway. Though surprisingly, it was only quite recently that he genuinely managed to shame one of my hobbies.

It was a cold evening early in July of this year, my PC was off and I’d curled up under a blanket on the couch with a hot drink, a couple of cats, and the obsolete tablet computer I mostly just use for streaming Yu-Gi-Oh reruns to the television. Except, on the night in question, the television was off, and instead of shitty anime I was reading alternative fiction by independent authors.

It was gay fanfiction.

I was sprawled out on the couch discretely reading gay fanfiction.

Which is unlikely to come as a surprise to anybody who knows anything about me, because pornography and eroticism are endlessly fascinating topics which absolutely deserve to be discussed for hours. With your entire family. At the dinner table. Particularly where niche fetishes are concerned.

Don’t get me wrong, Tech Support is perfectly aware of this deep seated fascination I harbour for the obscene. He might choose to ignore it when I start reading out excerpts from vore fiction or launching into unprompted monologues on the subtleties of looners, and yeah, he’s not keen on opening unsolicited links to illustrated essays detailing the ethics of forniphilia. Nevertheless, he is absolutely 100% aware that the gutter is from whence I came and to which I shall someday return. After all, this is the man whose first reaction upon discovering a sub-genre of bukkake involving dolls and figurines in place of living human subjects was to link me a gallery full of said content. Sans context.

So, back to the story:
Tech Support sat at his desk with headphones on, presumably to better ignore potential podophilia soliloquies, while I was quietly minding my own business. The layout of the living room is such that we were essentially back-to-back. With the television off I had a clear view of Tech Support’s reflection in the glossy darkened screen, which I was keeping an eye on, because on the occasion in question the works I was indulging in just felt too personal, you know? Far too close to home for public disclosure.

Eventually Tech Support got up from his desk. It was late, I figured he was probably going to bed, so as he navigated around the couch I locked my tablet and set it aside on the coffee table in a manner which ultimately came across as being incredibly suspicious.

As soon as he grinned at me I knew: I’d fucked up.

He asked me what I was doing, to which I innocently replied: “Just reading.”
He stepped closer, “What are you reading?”
Hastily I moved to retrieve the tablet from the coffee table but the attempt was futile; he’s faster than I am. Most people are. He also has a weight advantage. He knows these facts well. We both do.
“Were you looking at porn?” he asked, sitting on me as I struggled to retrieve the evidence.
“Yes!” I yelled, “It’s gay fanfiction!” At this point honesty seemed like the best policy; maybe if I just told him he’d lose interest and leave?
These hopes went unfounded as he proceeded to ask:

Apparently, in all of the nine years we have known each other, he has never before seen me blush with such horrified intensity.

So there I am, pinned to the couch by 90 odd kilograms of bald white man, screaming, biting, scratching, and begging that he give the tablet back. These hysterics, however, did little to deter him. Indeed, they were having rather the opposite effect.

He clicked the tablet back on and easily unlocked it. It never leaves the house so I’ve never bothered to password it. Being that I never learn, it remains uprotected to this day. The home screen popped up and there was a brief moment of relief where I thought maybe, just maybe, I’d properly closed the reading application prior to locking it; this relief was short lived. It had simply been minimised and he had it open within seconds.

Then he actually did it.

He started reading it out.

Nothing could excuse the content; it focused far too heavily on clothing. Specifically, the step-by-step deconstruction of bespoke garments. I was up to my eyebrows in the very detailed description of one middle-aged man literally tearing the clothing off another. The only thing that could’ve put that shit any more on my level would’ve been putting the clothes on rather than taking them off.

Worse still, there were at least five more tabs of similar content lined up. Each more asexual than the last. (Which I can attest to, being that I’m never so ashamed as to avoid returning to the scene of the crime to finish what has been started.)

At that point I’d given up the fight in favour quietly sobbing as he reached the point of no return… and read out the character names. Realisation fully dawning on the exact nature of the fanfiction in question.

Honestly? I’d rather have been caught elbows deep in Sonic the Hedgehog getting fist-fucked by Knuckles because at the end of the day I have a certain reputation for a particular brand of deranged curiosity to uphold.

But no.
Here I am instead.
Quietly drowning in Ace Attorney hell. 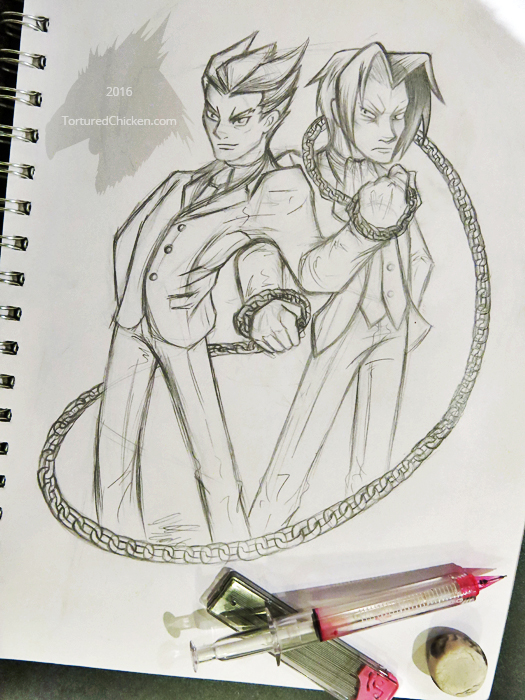 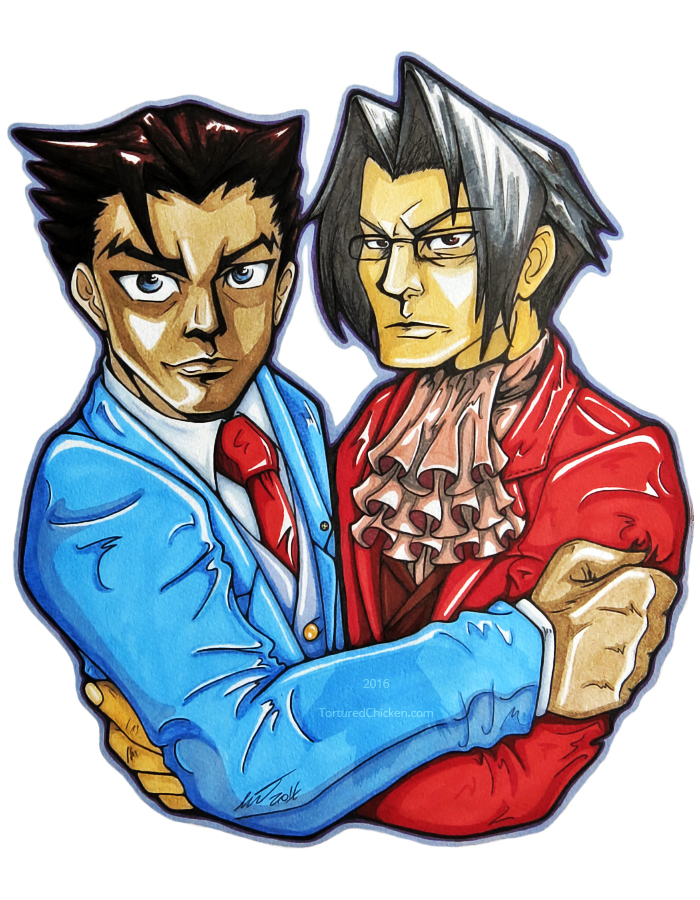 Why? Why couldn’t you just let me project my homoromantic asexual trans feels onto Edgeworth in peace?

It’s just… The way they gently bully each other… How am I supposed to resist that? A stronger weeb maybe, but I am weak. Weak for terrible anime and the stupid fucking games that spawned this awful turnabout of events. But mostly, my gentle weeb heart is weak for fanfiction.

*After returning home I did come down with rather a nasty cold, so… Apologies in advance, any horrific pandemics in the near future will be my bad. LOL JK I’d be way too proud of causing a viral pandemic to genuinely feel remorseful about it. Enjoy your pigeon-flu, losers.