New servers do not function the same way as the previous servers, nor do I personally have direct access to their inner workings (which is arguably a smart choice, given my track record). Just how different could one server be from another?

Please don’t answer that, really, I wouldn’t understand anyhow, explaining it would be a waste of both our time.

Long story short, there will be more down-time for the blog at an undetermined point in the future because it turns out WordPress legitimately does, in fact, want to fight me. Mainly due to a miscommunication on my part with the long-suffering individual who does have direct access to the servers, over what exactly it is that I do over here.

But that’s just kind of how I roll. Withholding vital information under the bizarre assumption that everybody else is already fully aware of it, I mean. To be fair, I have very little faith in my own abilities and for the most part defferring to others has proven to be a largely successful life strategy.

Except for when it isn’t.

Even if my thoughs were publicly available it seems highly doubtful that anybody would be able to actually decipher them. This goes both ways since thinking isn’t learned through direct observations, your thoughts would be about as much use to me as mine are to you.

The best we can do is awkwardly fumble our way through varying degrees of external sensory stimuli in the hopes that it might eventully get the point across. Which, evidently, is an activity I am not well versed in. Case and point: not two days ago my father enquired as to the weather patterns of a particular area at this time of year and I described it as “cicadas” which, apparetly, was not a suitable adjective for that particular discussion. 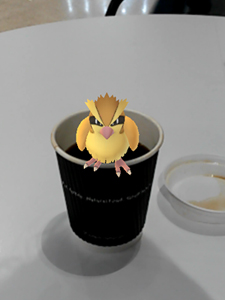 Shirking adult responsibilities in favour of catching Pokémon? I would never!

Theoretically, once my shit is collectively together enough to actually do the thing, the comic will be back online too.

Promises of “knowing what I’m doing this time” are futile in the face of having the wrong version of WordPress installed, so who knows what new obstacles are ahead in this journey?

It just kind of hasn’t been a priority recently for reasons beyond my control. Or reasons that are well within my means but I actively choose to avoid, such as instigating a Human Interaction™.

Whether or not the issues are rectified before I leave the country remains to be seen.

By the way, I’m leaving the country for the first time since 1992.
Don’t wait up.