Last weekend’s Fetish Expo went well. Or, at least, the fashion segment did, much of my day was spent between hair, makeup and dressing, leaving very little time to explore the rest of the event until after that modelling business was all wrapped up- by which time many of the vendors were beginning to pack their wares away. So I can’t really comment on the rest of the event. At least… not without a good deal of lies and embellishment.

A sad turn of events indeed, being that I’d spent the preceeding week loudly proclaiming the vast quantity of dicks I was planning on purchasing, only to return home empty handed.

We started bright and early at 09:00, carpooling to the Bottoms Up studio, where we’d been rehearsing in the weeks leading up to the event. 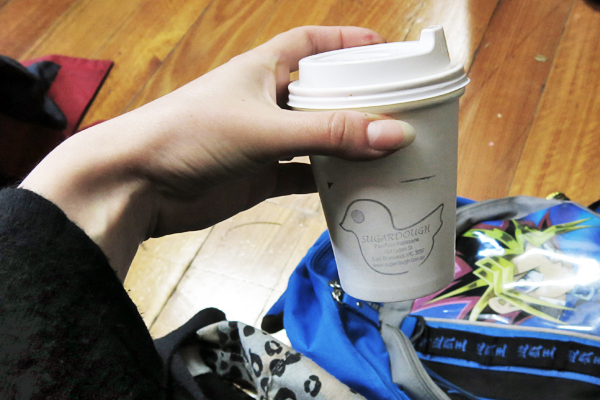 Then we ran up the street to procure hot drinks for everybody, because priorities.

Alongside hair and makeup, last minute fittings and sewing were taking place. The stress was very real.

Our makeup artists were Emma Rose* and Ophelia Morningstar, whose combined efforts had the entire team looking fucking flawless by the time we hit the Fitzroy Town Hall at 15:00.

Backstage was kind of stuffy without any discernible air conditioning, or even an openable window (believe me, we tried). Not that it was a particularly warm day but, an enclosed space tightly packed with, what? 12 designers and well over 100 models? I’m not sure of the exact numbers being that the focus was primarily on getting dressed rather than counting people but you get the idea.

The outfit was the same as that which I’d worn during the MAD Showcase; a beautifully tailored jacket by Von Chibi Designs paired with a hat by Cherry Pie Millinery complimented by the brand new addition of a matching eyemask. (Though this time the hat was affixed to my trusty blonde wig rather than my freshly sheared scalp.) 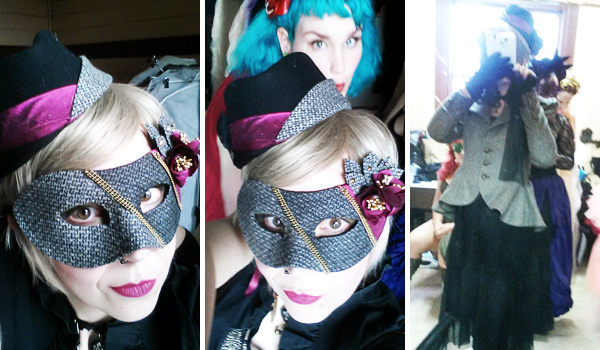 Made me feel like a blonde Tuxedo Mask (of Sailor Moon).

If I recall correctly, the fashion took to OzKinkFest’s runway around 16:30, finishing up somewhere in the vicinity of 18:00, though again, I was mainly focused on things other than what the time was.

The exhibition itself closed its doors at 19:00, with everybody in high spirits after a successful show.

Extra special thanks going out to everybody who helped this event run as successfully as it did, and especially to Von Chibi and Cherry Pie for allowing me the opportunity to join their rag-tag team of eccentric models once more.

Here’s hoping for more of their brilliant work in the future!

*Not to be confused with Emily Rose, who handled our team’s hair and makeup for the MAD Showcase; they are two different artists sharing very similar names.