Words cannot adequately express my relief at the fact that marriage equality has not only passed but passed without amendments! 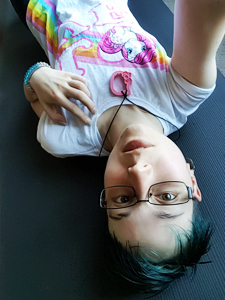 Apparently Target and Hasbro picked up on my need for ponies and rainbows.

When the majority “YES” vote was announced I didn’t have hope, simply expecting Turnbull to either remind us it was non-binding all along or at the very least decide *conditions apply* in the form of christian religious bigotry “concessions”.

Now any pairs of consenting adults can go forth and marry for whatever reasons people may choose to marry for; such as love, convenience, or political allegiance. “Love is love” means very little to me since heteronormative pairs have apparently always been free to marry for reasons unrelated to such a concept. But that’s a whole other rabbit hole I don’t much feel like diving into. Point is; go forth and forge powerful allegiances. It’s what I’m here for.

In another spot of recent news it looks like voluntary euthanasia laws have been passed in the state of Victoria:

Though they will take some time to come into effect and will only be available for those considered terminally ill and of sound mind.

Voluntary euthanasia is very important to me for a multitude of reasons which can be readily simplified as: “I would appreciate the opportunity to oversee the terms of my own death.”
Or, with more aggression: “The only reason I wouldn’t kill myself would be if somebody else kills me first.” (And yes, that is a challenge. Fight me, nerds!)

Unfortunately it gets a little muddy there, as my main concern for the future is Alzheimer’s and dementia. While dementia may be considered terminal, somebody afflicted with the condition would not necessarily be of sound mind, therefore ineligible for an assisted death.

So, yeah, on that note, happy holidays?