Blog entries excluding 2014 have been updated, so links and images outside of that specific year should all be functional again.

Unfortunately during the move all the discussion comments were lost, though I’m not too cut up about it since this is largely an exercise in self-indulgence anyway; interaction is very much secondary to whatever fresh nonsense I’m typing out at any given moment.

A handful of old videos were re-uploaded to YouTube just to remove my old screen names, and I’m slowly making my way through the Gallery for the same reason. Consistency, you know.

Uploaded this short video of a huntsman spider cleaning his legs, too. Mostly as an exercise in very basic Lightworks editing, having found that Microsoft Movie Maker has no idea what to do with film captured on a mobile telephone.

That’s Larry, the Isopedella who spent some time around the house earlier this year. Wound up relocating him outside when the cats decided they were going to eat him. That was a wild night; you don’t expect a huntsman can produce much web but man, when there’s two cats and a human they very much don’t want to be caught by? Apparently bungee jumping was the only logical course of action, so I was cleaning spiderwebs out of the kitchen for the next week.

Work is going okay and I’m trying to make room for personal hobbies again. Much of the work I’ve been doing is handled by an automated system, which has ultimately served to confirm something I’ve been suspecting for quite a long time: that my qualifications and abilities are not actually an issue- my social incompetency is.
The computer I report to doesn’t care if I can’t maintain eye contact, or if I speak in an awkward manner, as long as the work is getting done on time. It’s reassuring to know I’m not actually useless, but the prospect of trying to make other humans more comfortable around me? That’s risky, not gonna lie.

Not to be a furry on main, but in the interest of maintaining that mild discomfort you feel, I’ve made a new fursona. 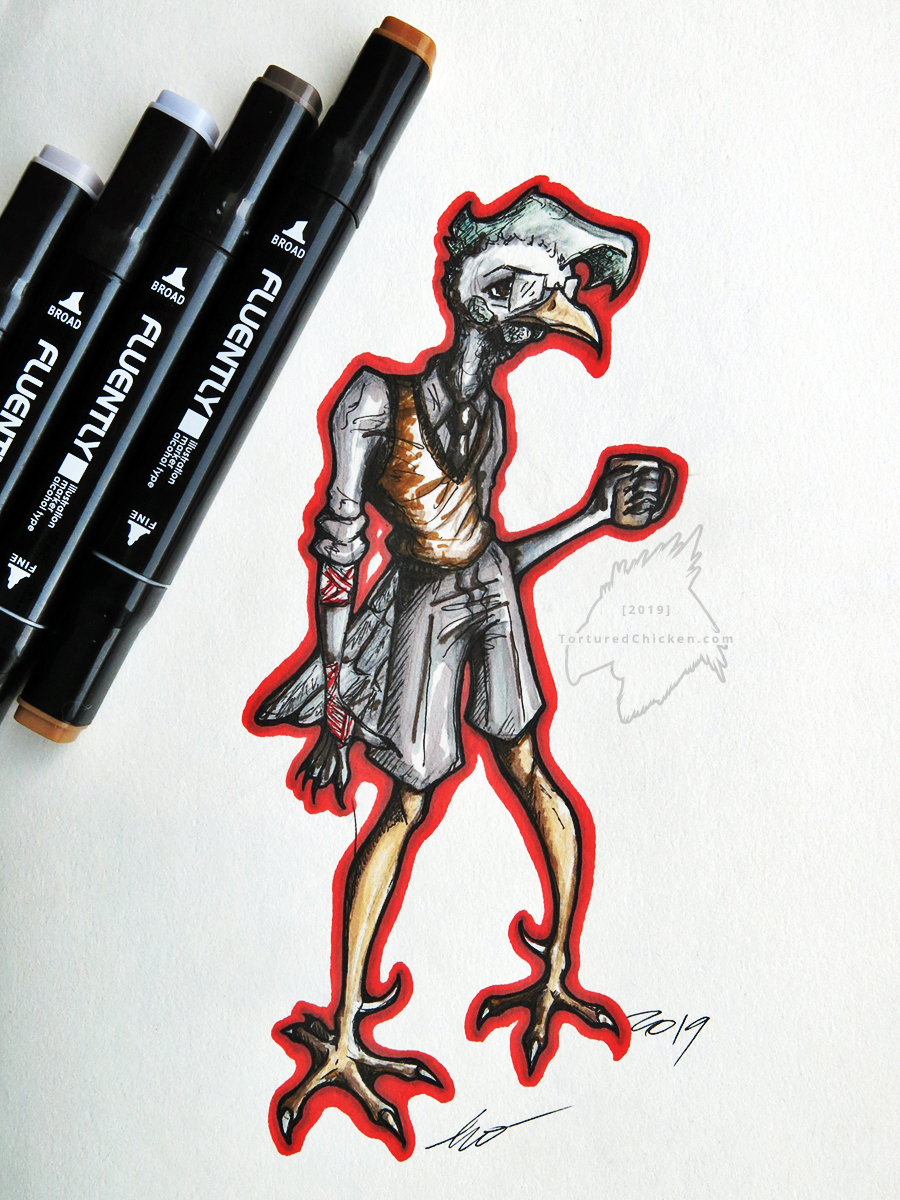 His name is James and he’s a lethargic caffeine addicted chicken.
Thanks for stopping by.