On Tuesday the 30th of July Hobes and myself both had medical appointments.

The recent ultrasound on my busted arm couldn’t find any physical signs suggestive of carpal or cubital tunnel syndromes, so I will be following that up with nerve conduction testing.

Hobes unfortunately had enlarged kidneys with impaired function and I was advised to make palliative accommodations for him.

While he initially took quite well to the renal prescription diet, his health deteriorated rapidly and he was euthanized just 10 days later, at 17:25, on the 9th of August 2019. 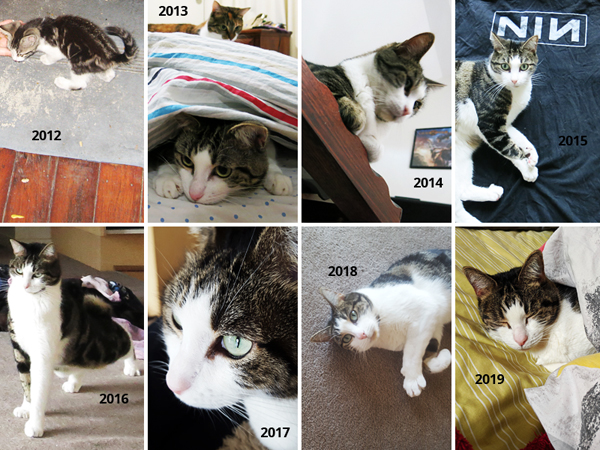 Based on his age and the quick progression of his illness, it was likely to have been an aggressive form of lymphoma.

He was only 7 years old and I am absolutely devastated.
Can’t stop thinking about an incident a very long time ago, in an unrelated context, when somebody informed me that I am incapable of loving other humans- and you know what?
That is an objective fact.
They can have that.

Hobes was found in early 2012 living under my brother’s house; hence his full name:
That Filthy Hobo Under The House

He was around 5 or 6 weeks old, and it took me 3 full days of sitting very still with offerings of food to earn his trust enough to be able touch him.

While he bonded strongly to me and took a liking to Claude the Helpercat™, he was semi-feral and neither enjoyed being excessively handled, nor being in the presence of other humans. While he preferred hiding in cupboards over biting or scratching anybody, he did make a lot of fuss growling and hissing at anybody who found him.

In 2010 my ragdoll kitten, Java, died quite suddenly of complications from congenital hypertrophic cardiomyopathy at only 6 months old (down to the day), so in some ways it was a relief to have some degree of warning (however brief) for Hobes. At least he got to live for some years, instead of just months. 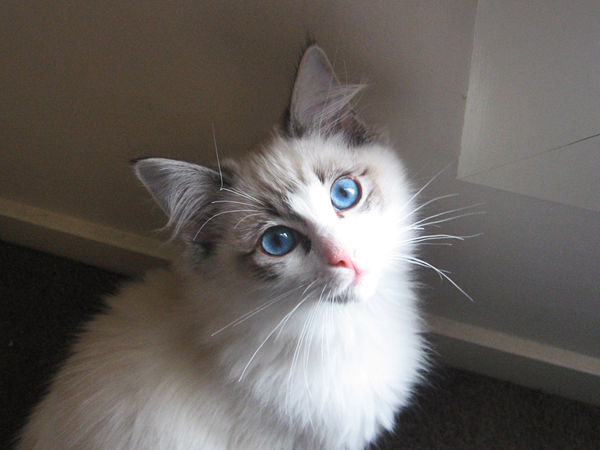 They are both now buried on my parents’ property.

At the risk of being too personal, there have been several instances over the years where suicide has been an option, but each time was the thought: “When I die, what happens to Hobes?”
No doubt some people would find it silly, to live for a cat, but knowing that he needed me was always enough, even when I so desperately wanted to die, I’d live for him.

Not to be dramatic or anything, but what do I live for now?