Back in August I wandered past a SkinKandy store and figured it might be worth checking with the staff there whether or not the anatomy of my ears was suitable for a scaffold style piercing. Evidently it was, and they also happened to accept walk-ins, so with my general life situation somewhat improving I figured I’d treat my inner emo delinquent kid to a nice titanium bar. 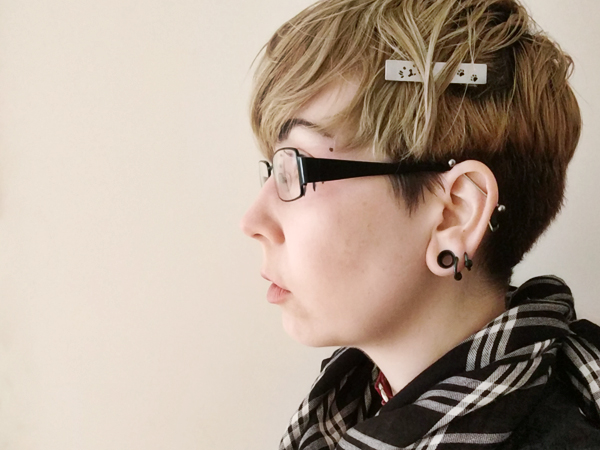 The piercer even took into account the position of my glasses so it wouldn’t be jostled by the frames.

The very next day I had a doctor appointment to do with that whole “arms not working properly” situation, which has been getting progressively worse for… rather some years now.
Unfortunately the ultrasound and nerve conduction had both come back normal with no signs of the common forms of repetitive strain; in particular the main symptoms really seemed like a combination of carpal and cubital tunnel syndromes.

Sure hope I don’t need an MRI in the next 8 months lmao.”– Me, after getting a piercing.

There were a few questions and a quick run through my general mobility before being referred for a CT scan of the cervical spine- despite it seeming an unlikely culprit.

There was a moment of panic, having a fresh piercing and all, that I might have to take it out; but being that it wasn’t in the way of the area being scanned it was allowed to be left alone. 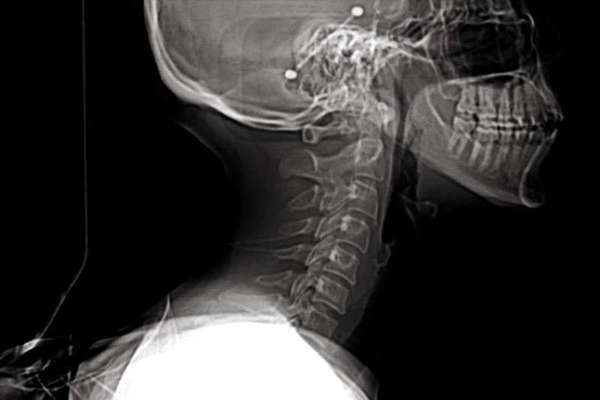 You can even see it in the stills!

Upon receiving the results from the CT I was immediately called back to the GP; and I hate it when they call me, like: “I’m supposed to call you, the only conceivable reason for you to call me is that I’ve got brain cancer. We weren’t even testing for that!”
Not that I live with crippling anxiety or anything.

Hey, guess who needs an MRI immediately?”– Dr. after seeing my CT results.

Turns out there was what initially appeared to be a Traumatic Injury® of Unknown Origin™ in my spine and I needed to get an MRI immediately. And by immediately I mean I held off a week or two for the sake of my piercing because that’s new but my spine’s (apparently) been busted for decades [/priorities].

Going in for the MRI I knew three (3) things:

What I didn’t know about getting an MRI was that:

It was fun and I had a good time.

Apparently it is possible to sign a waiver for piercings, since they are generally made of non-magnetic materials, however, I opted to take mine out, including the scaffold, having weighed up the worst case scenarios:

Thankfully I was able to reinsert the jewellery without too much trouble and, while it was rather sore for several days afterward, it has since returned to satisfactory healing progress and I hope to not have to go through that again until it has finished healing completely.

From there it’s the waiting list game until a neurologist can take a look at the issue, while in the mean time attending an osteopath for physical therapy.

Current theory is that the deformity in my jaw (which numerous orthodontic appliances attempted and failed to rectify) may not be limited solely to the jaw and is currently being treated as the most likely culprit.

Had I known this 10-20 years ago, rather than being misdiagnosed with “mild RSI” (which was Never. Actually. Investigated.), I might’ve accepted the offer to have the ol’ jaw broken. But I doubt anybody could’ve suspected an orthodontic problem to cause entire limbs to intermittently stop working altogether.

Re-contextualised under the concept of Your Spine Is Fucked™ a lot of things I’d been writing off as “clumsiness” or otherwise brushing off as “not trying hard enough” are also making sense now. Also I am legally obligated to punch you in the throat if you ignore a teenager (or any human, really) for “attention seeking”.
Don’t worry, it won’t actually hurt you because my arms don’t fucking work anymore. 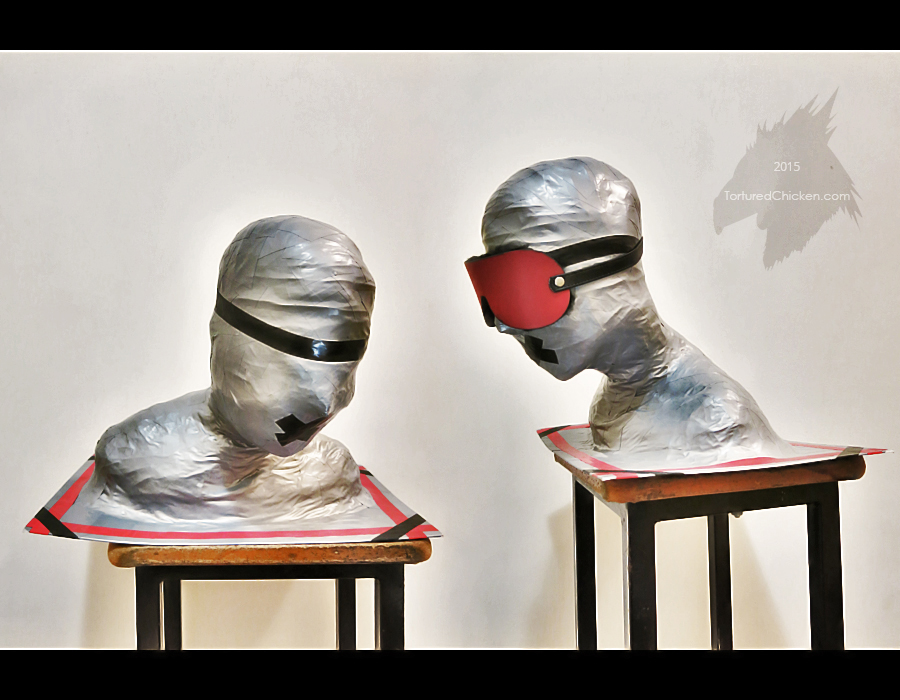 Me, convinced it was self-inflicted: “Is it because of bad posture? Did bad posture do this? From not sitting up straight?”
Qualified Medical Practitioners: “No, this is causing your awkward posture, not the result of it.”

On a final note: osteopathy is basically a massage for your skeleton and has absolutely zero (0) right being as exhausting as it is. It has unlocked entirely new levels of pain I have genuinely never previously experienced in my entire life.