Claude likes to hang out on the desk, so I got her a couch. 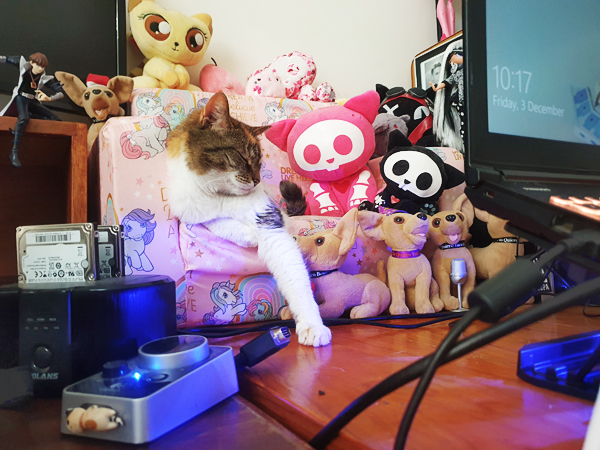 How does it feel knowing you will never be this comfortable? 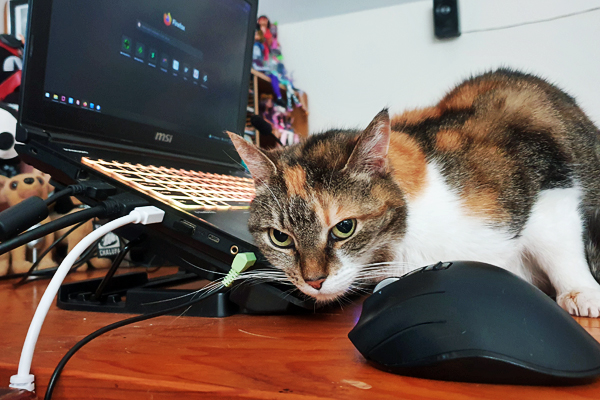 Realistically nothing keeps Claude off the keyboard when I’m trying to work.

Speaking of the things on my desk, pour one out for Canon Pixma iP7260, beloved printer and friend.

It had been a constant work in maintenance and repairs for a couple of years, so I wasn’t super taken off guard when it quietly switched itself off, never to switch back on again. These days I don’t find myself printing nearly as much as I used to, so it isn’t exactly imperative to rush out immediately for a replacement- besides my tendency to anthropomorphise inanimate objects necessitating time to grieve- but they are an appliance I appreciate having access to, so there will a new one in the foreseeable future.

I’m a simple man with simple tastes. A full colour dedicated inkjet with a little USB cable who can offer the occasional heat transfer or photograph? That’s it, that’s all.

Canon is the obvious first choice; there’s probably a newer version of the same model, besides my camera and scanner both also being Canon. Brand loyalty, or whatever. The logic in my brain is that I trust a Canon printer accurately reproduce images taken from a camera of the same brand. Whether or not this is true in reality… well, I was never disappointed with the quality of anything it produced. Except for that one time the magenta broke, that was not ideal.

Epson also stands out to me for some reason? Maybe because that was the first colour inkjet printer I ever used? Couldn’t tell you what model it was for the life of me, but the paper loaded in from the top. That configuration probably wouldn’t fit in the printer-space on my desk though, so even if I could identify a current version of that particular model, it’s unlikely to be one I’d consider purchasing.

Being back on my bullshit apparently means stream-of-consciousness rambling about printers I may or may not like to buy in 2022. It’s not much but at least it’s a tangible plan for the future?

Finally got all four monitors hooked up to the MSI. 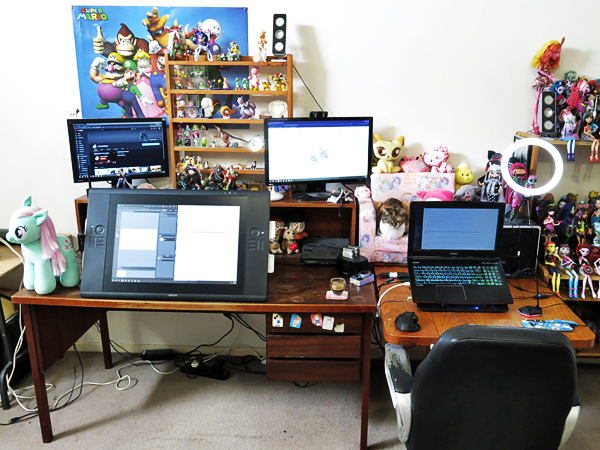 Well, three are “hooked up” so to speak, and the fourth is just the inbuilt one on the laptop.

The USB-C port on the MSI can’t support a display, so I’d been hunting for something that could convert VGA to… uh… regular-ordinary USB? A? That sounds right, USB-A. It took a bit of finessing, but Comsol had the right idea. 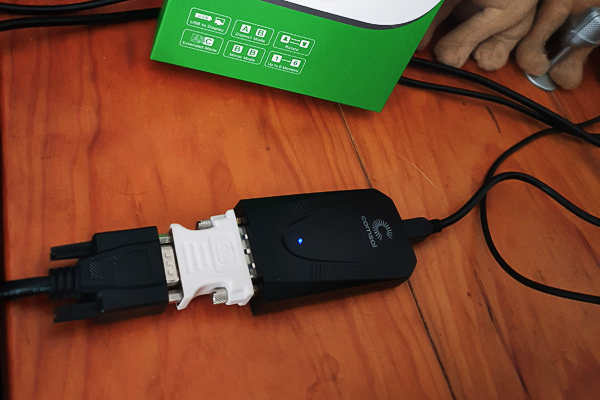 If you remove a cable the entire desk collapses, probably.

RiP to the mouse cursor but here’s to never being able to find it ever again.