Have I mentioned that it’s October? No? Would you have noticed if I didn’t point it out just now? What’s that? You don’t need me to inform you of the functionality of the calendar year? Okay, whatever, just trying to share some joy.

Okay, maybe not, too many Australians are spoil-sports about the whole skeleton-war thing for reasons I am yet to determine. Is it the fun aspect? Is Australia anti-fun?

The annual Melbourne Zombie Shuffle is this Saturday! 11am at the beautiful Treasury Gardens, slowly ambling down to the picturesque Alexandra Gardens from midday.

In preparation for the occasion I’ve removed my finest rope from the OH&S disaster (its position being replaced by a bicycle lock- an item for which I otherwise have no practical use) and fashioned it into a rather fetching noose!

Now, don’t go jumping to any morbid conclusions (or do), it will only be used to murder an 8 year old child in a vague reference to Doom 2. 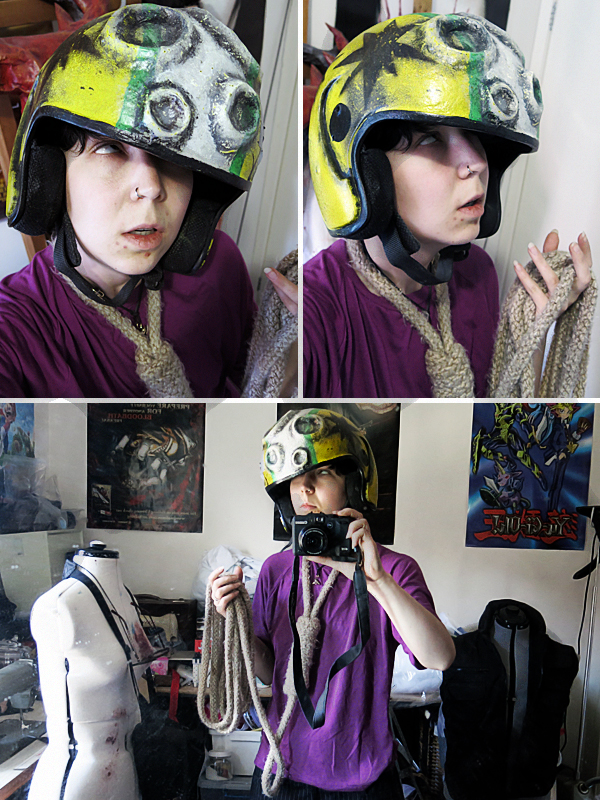 Commander Keen is coming out for the occasion; undead and completely reworked since last time!

At some undetermined point after the ‘Shuffle I’ll go into more detail about version 2 of my Keen, as he wasn’t reworked specifically to be a zombie, that was more a happy coincidence time-wise (while the Keens in Doom 2 aren’t really zombies, the ‘Shuffle just feels like the only event where a noose could be considered socially appropriate attire- even by cosplay standards).

Today’s entry though, was supposed to be more about a pair of bloodied up arm-socks… 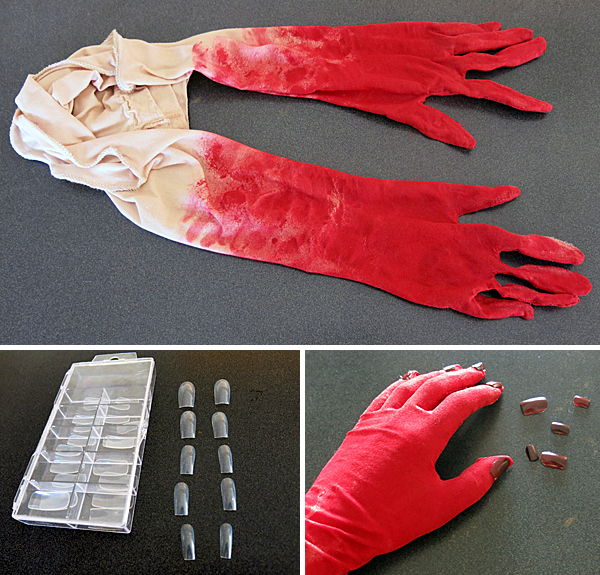 70 denier stockings, in a similar tone to that of my skin, sewn into gloves following the same tried and true method as the other pairs I’ve made.

These were stitched up with red thread, rather than beige, to blend with the blood rather than the skin. 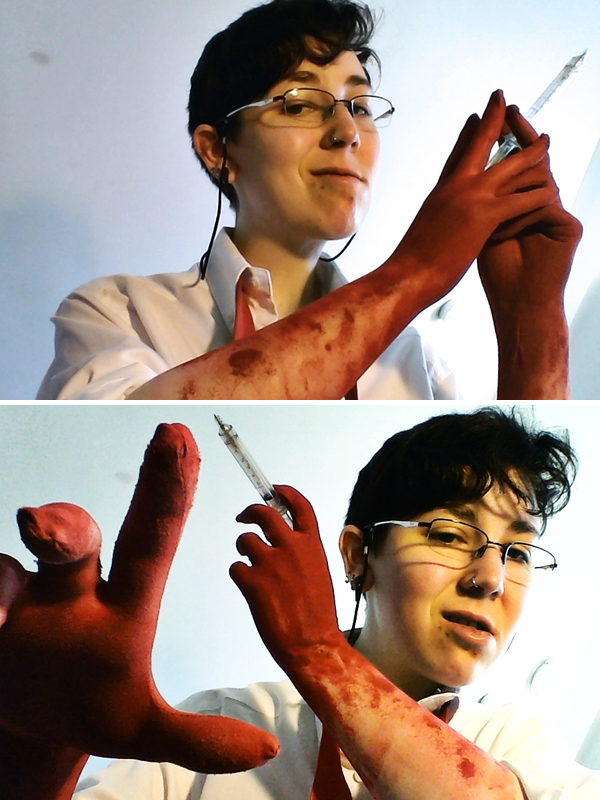 Don’t struggle, this won’t hurt me a bit…

Blood stains were slopped on using red acrylic paint and a textile medium. In the past paint on my arm-socks has been limited to minimum highlighting and contouring, never as heavy and cartoonish as this and let me tell you: peeling them off after the paint had dried hurt like a fuck! 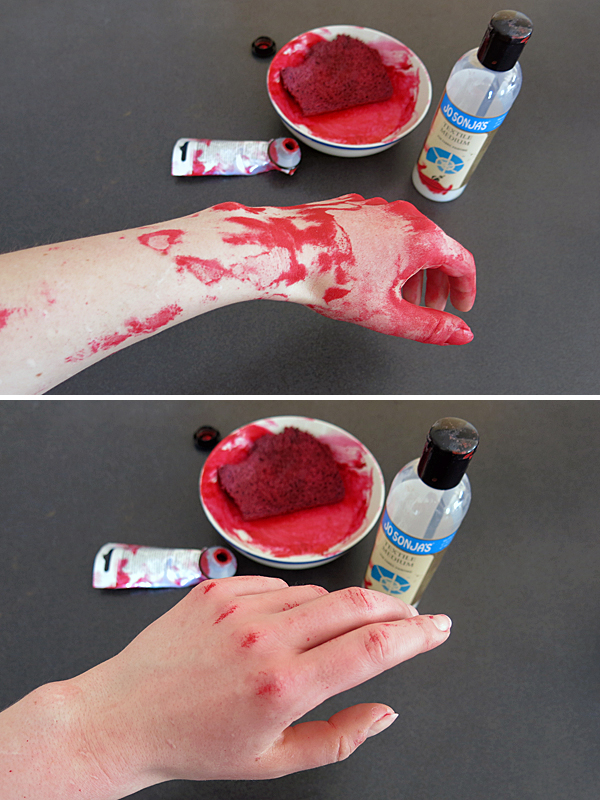 There is no longer any trace whatsoever of body hair featured on my forearms, hands or fingers.

So… uh… learn from my mistakes and… use something else to stuff the gloves while they’re drying if you’re using thick paint? Maybe? Coat your hands with something that will protect them without interfering with the paint I guess? Talc powder or petroleum jelly? A moisturiser of some variety? Maybe just opting for thicker stockings would stop it from soaking through so readily?
Yeah, this dilemma might require further investigation.
Or not.

No pains, no gains.

In any case, the socks were a success despite any inadvertent grooming. 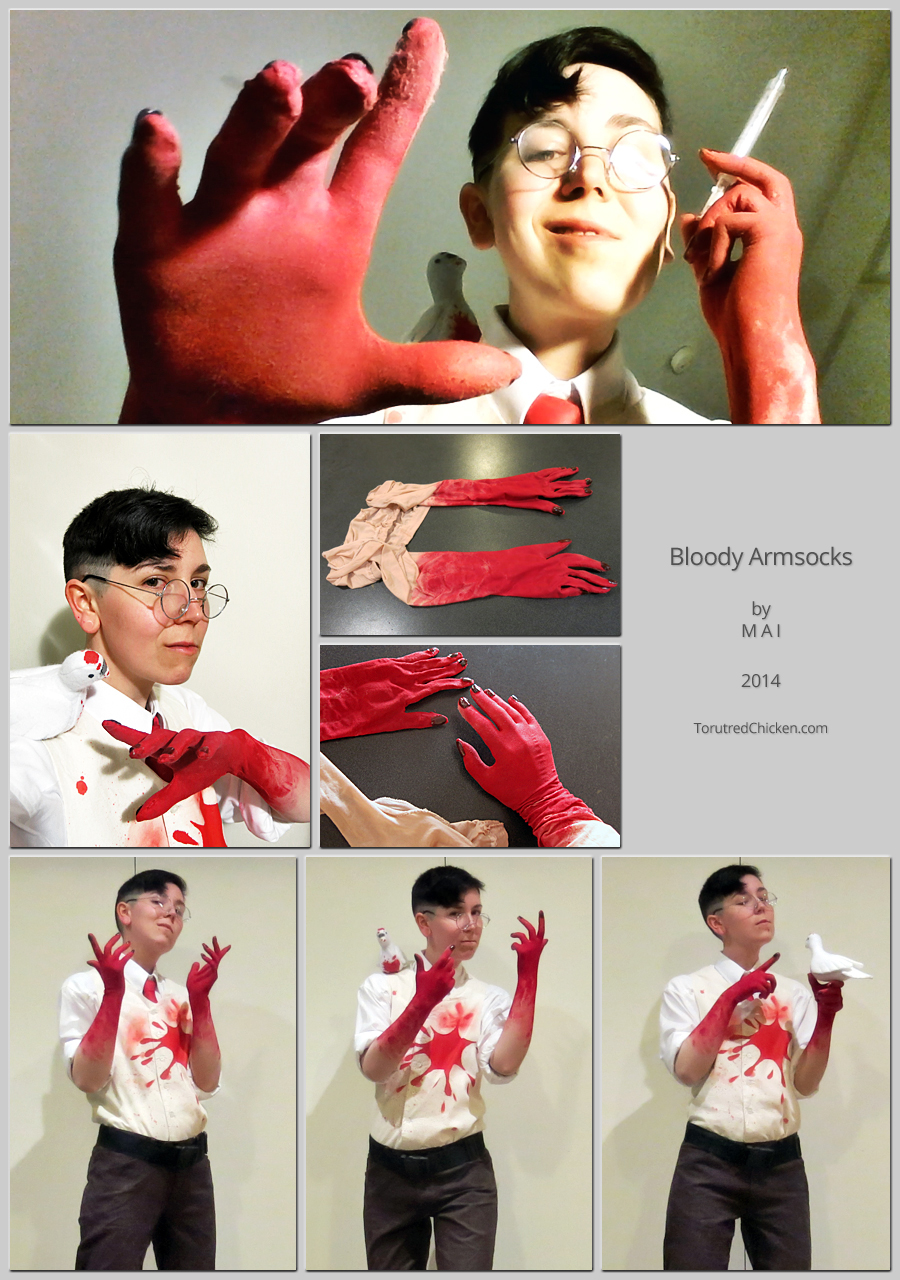 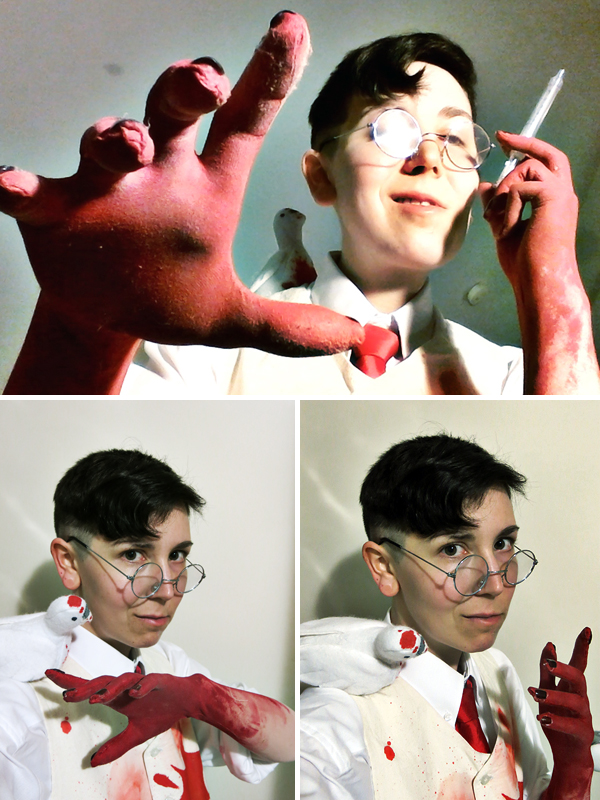 Not going to say it.

One day I will stop fetishising evil German doctors.
That day is not today.